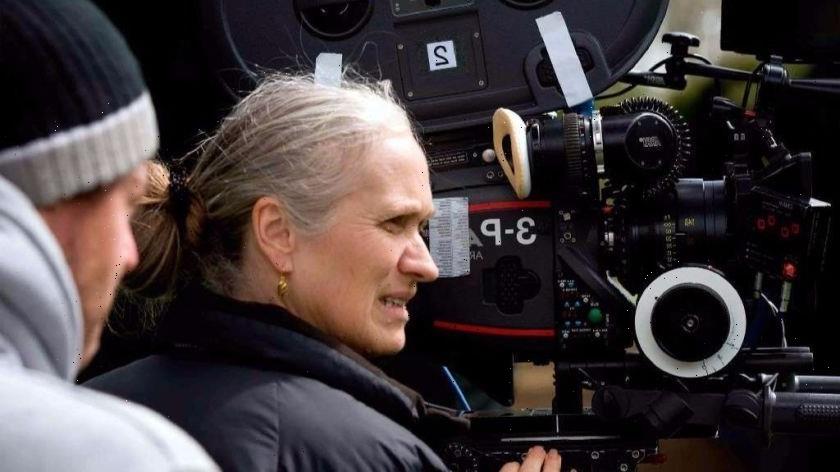 Jane Campion, only the second woman to ever been nominated for an Oscar for directing, has been encouraged by the efforts she’s seen to get more women in the director’s chair.

“All I can say is since the #MeToo movement happened, I feel a change in the weather that’s substantial,” Campion said on Thursday morning at a press conference at the 78th annual Venice Film Festival. “It’s like the Berlin Wall coming down.”

Campion — who is in Venice with her latest feature, the Netflix drama “The Power of the Dog” — cited Chloe Zhao (“Nomadland”) winning the Oscar for directing in April and Julia Ducournau (“Titane”)
winning the Palme d’or in Cannes in July as examples of progress in the world of filmmaking for female story tellers.

“I think the girls are doing very well,” Campion said.  “I say that in a gallant way,” she continued, referring to statistics that show change is still coming slowly. “The great loss for everyone is there aren’t enough feminine voices.”

She noted that in television, things have been faster to shift. Campion was nominated for an Oscar for directing 1993’s “The Piano,” and she made the Australian TV series “Top of the Lake” in 2013.

Campion said that Netflix gave her the biggest budget she’s ever had to direct “The Power of the Dog,” which she decided to adapt into a movie after reading the historical novel by Thomas Savage.

“Generally, I hardly ever finish novels these days but this one I was very immersed in,” Campion said. “Over the next few weeks, scenes and themes from the book kept coming back to me, so I couldn’t forget it. Then I realized this is a deep piece that works on the psyche.”

Cumberbatch addressed playing a character who is so firmly rooted in the tropes of toxic masculinity.

“I think for me, the toxicity is something that’s is a product of his nurture, his upbringing, his circumstance,” Cumberbatch said. “It’s nothing that is arrived fully fledged. It comes out of the moment. So I can understand him. I can look into that and appreciate it. Not condone it, but understand it.”

Dunst spoke about what it was to like to create a character for Campion.

“There’s definitely a sensuality in Jane’s movies — you make a scarf around someone’s neck, where you create something that’s magical,” Dunst said. “There’s a sensitivity and rawness to her characters. As a female watching her female characters over the years, they all feel like real women to me.”

“The Power of the Dog” will be released in U.S. movie theaters on Nov. 17, before streaming on Netflix on Dec. 1.