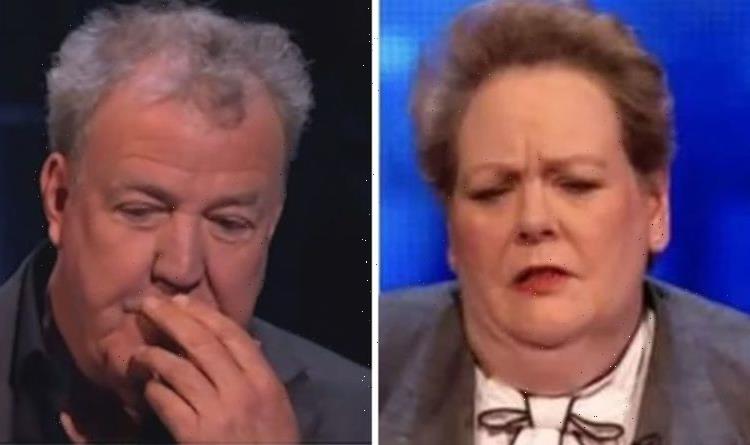 Saturday night’s Who Wants to Be a Millionaire? saw Jeremy Clarkson, welcome contestant, Archit to the hot seat in a bid to win as much money as possible. Archit appeared to get off to a flying start, however, just minutes into the ITV show the contestant got stuck on the £2,000 question. In a bid to make it past the £2,000 mark, Archit decided to use his ‘ask the host’ lifeline. However, viewers were left unimpressed when Jeremy failed to know the answer.

The question Jeremy asked was: “Since 2016, who has hosted the 2016 game show that requires teams of five to name items in top 10 lists?”

Archit had the choice of picking out of Warwick Davis, Philip Schofield, Adil Ray and Anne Hegerty.

After admitting he didn’t have a clue what the answer was, Archit decided to ask Jeremy, assuming he would know.

“Okay, here is what I think,” Jeremy began. “I haven’t even heard of two of these people.”

He continued: “Adil Ray and Anne Hegerty. I can’t even think of what the game show is.”

As Jeremy repeated the question to himself, he turned to Archit and suggested the show could be Family Fortunes.

“I cannot help you on this one,” he added. “That is my final answer.”

Viewers were left outraged by Jeremy’s lack of knowledge, with many taking to social media to question why he didn’t know who Anne Hegerty was.

One viewer penned: “Can’t believe he’s wasted lifelines on such an easy question.”

A third wrote: “Anne Hegarty and Adil Ray after Jeremy said ‘I don’t even know who they are’.”

“Bloody hell, how do they both not know Tenable?” a fourth fan questioned.

“How does he not know who she is?” another raged. “She was in the jungle and is a well-known Chaser on The Chase.”

Archit was then forced to use another lifeline and he chose to ‘phone a friend’.

After his friend failed to know what the answer was, the player decided to use his ’50/50’ lifeline.

He was then left with the answers Warwick Davis and Anne Hegerty.

Archit admitted he still didn’t have a clue, so he used his second ‘phone a friend’ lifeline.

After speaking to another one of his pals, Archit was still stuck as his friend wasn’t 100 per cent sure what the correct answer was.

At a guess, he decided to go with Warwick Davis, which turned out to be the right answer.

However, things didn’t get much better for Archit after he stumbled on the next question.

The contestant ended up leaving the show with £1,000 after missing out of the £4,000 question.

Who Wants to Be a Millionaire returns on Saturday at 8.30pm on ITV.