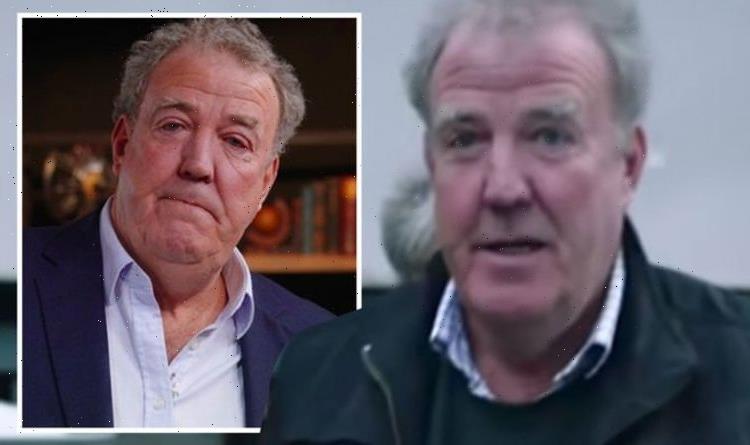 Jeremy Clarkson, 60, is reunited with Richard Hammond, 51, and James May, 58, in the new series, The Grand Tour presents: Lochdown. The trio were meant to be travelling the globe for the upcoming episodes of the Amazon Prime show, however, they ended up filming in the Outer Hebrides due to the logistical challenges of venturing abroad in the midst of the pandemic. However, speaking exclusively with Express.co.uk, producer Andy Wilman explained the concerns he had about how the Who Wants To Be A Millionaire? host would react to filming with Covid restrictions in place.

Andy said all three of the presenters handled the new way of working “really good,” but it was always Jeremy he was the most worried about.

“I mean, I was expecting some toys to come out of the pram, but they didn’t,” the producer of the new episodes remarked.

“Because Jeremy, in particular, he hates any bureaucracy or health and safety s**t, but he was like, ‘I’m 60, I’ve smoked f*****g millions of cigarettes’, and he didn’t want to catch it.

“He did not want to catch it so he was all game on for it. And the other thing is we couldn’t afford to be t****y.

“Everyone’s livelihood were at stake. It goes back to the Tom Cruise shouting thing which he was incredibly right to do because his point [was] if these people don’t get paid, that’s their house mortgages.”

“So, that is around in the air, you want this thing to succeed, a lot of time and effort has gone into, you all want to get there.

“Yes, everyone played nicely on that Covid front,” the producer added as he also discussed what the trio were originally going to be doing before the decision was made to film in the Outer Hebrides.

Expecting some toys to come out of the pram

“Managing it was what was one job and the genesis of it was, we were supposed to be shooting two big movie length specials in 2020,” Andy said.

“We’ve done one in Madagascar and we were supposed to be going to Russia to do one, northern Russia in winter.

“We were supposed to go somewhere else in the summer of 2020, and all that obviously, when Boris Johnson said stay at home and the world shut down, that all went to s**t. We couldn’t do anything.

“So, by about June, we were like, ‘S**t we need to get working because we’ve got no material going out and The Grand Tour is sitting there on that Amazon homepage with nothing [new]’.”

Andy continued: “We shot a couple of mini specials in the UK, we just changed our plan and so we had stuff to do.

“So it was all pragmatic in that way then once we decided we were going to do it and Amazon gave us the green light and the money, it was a case of how.

“Because Covid wise, it was still a nightmare as you couldn’t get any insurance for film shoots at this point.

“So if one person got Covid in a group and the shoot shuts down, everything spent goes down the bog,” he added.

“There’s nothing you can do. So, there was a sort of list of protocols that Amazon had come up with that you hd to follow,” the producer explained.

“They’re incredibly strict to keep you on the road, they’re still not going to give you insurance, but it’s your best chance of getting to the finish line.

“And they were were so complex, [for example] once I get in a car on our convoy, that’s my seat for the rest of the shoot.

“I couldn’t go in anybody else’s car and couldn’t go near them. Can’t touch anyone else’s door, all that kind of stuff.

“We had to build a mobile Covid testing unit that came with us, and they would test all 50 crew. Each night, and then you’re waiting if somebody’s got a positive.

“So it was a torturous thing is quite a stressful thing in our way but the film is a great thing to make, where you’re separating from all the practical stuff it was a great, it was a great experience to do.”

The Grand Tour presents: Lochdown is out on July 30 on Amazon Prime Video.