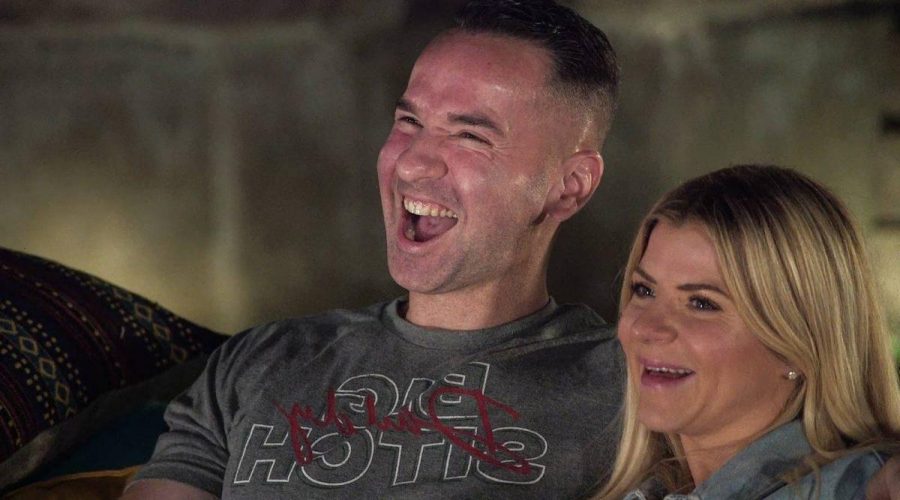 Mike “The Situation” Sorrentino is one of the most memorable personalities from the original Jersey Shore. When fans first met the MTV superstar in 2009, he was known for lifting his shirt to expose “the situation” (his abs), drinking, and partying in Seaside Heights, New Jersey. But now, Mike has become a family man and role model to many.

He and his wife Lauren Sorrentino have been married since 2018, and their relationship goes back much farther than that — but not as far as fans think. During an episode of the couple’s Here’s the Sitch podcast, Lauren talks about what it’s like watching the original Jersey Shore and the state of her relationship with Mike at the time.

Contrary to what many Jersey Shore fans think, Mike and Lauren weren’t “on a break” while he was filming the show. “We were both in our 20s,” Lauren recalls in the “Manifestation” episode of Here’s the Sitch. “He was definitely being reckless, but we weren’t on a break. We weren’t together.”

Lauren debunked yet another popular theory among Jersey Shore fans in the “Manifestation” episode when asked how she feels watching old episodes of the show. “I never had a bad ill will or feeling of seeing it because it was separate from me,” Lauren explains. “We weren’t together, so it was OK.”

Plus, Lauren says she knew when Mike was “playing it up like a character” and when he was himself. Ultimately, Lauren is proud of Mike for finding his path.

Before appearing on Jersey Shore, Lauren says Mike had yet to “find his way professionally.” But seeing Mike play up his larger-than-life personality on a reality TV show made her “happy and proud.”

“When he made it on a huge show and was killing it in whatever way, I was happy for him,” Lauren says. “I was like, ‘He found his path.’”

For Mike, Jersey Shore was “a big break in his life.” At the time, his parents were going through a divorce and he had nowhere to live. He felt lost, but Mike says MTV saw something in him that he didn’t see in himself.

The Sorrentinos continue to film for ‘Jersey Shore: Family Vacation’

The happily married couple are now the parents of Romeo Reign. They welcomed their son in May 2021, and plan to share more of him with fans in new episodes of Jersey Shore: Family Vacation.

During the episode, Mike and Lauren couldn’t say much, but they did tease filming for the upcoming season of Jersey Shore: Family Vacation. As Mike explains, they have a trip coming up “very soon.”

Many fans are eager to see more from Mike, Lauren, and the rest of the Jersey Shore cast. Stay tuned to Showbiz Cheat Sheet for updates on Jersey Shore: Family Vacation.