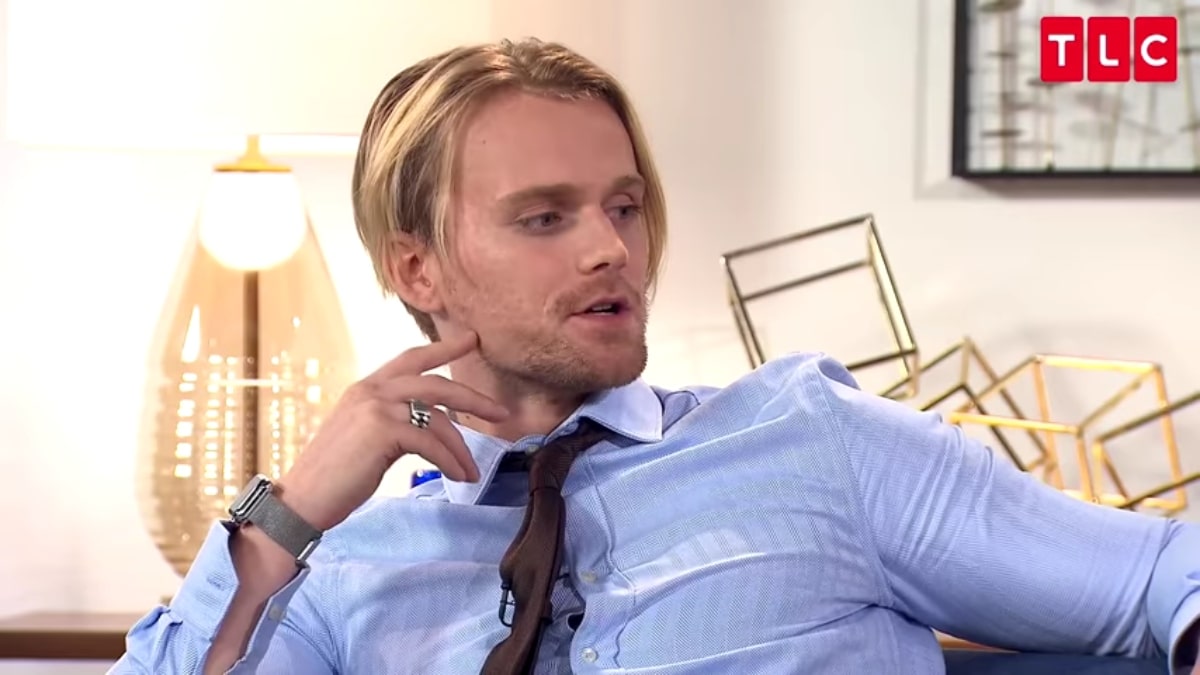 With the third season of 90 Day Fiance: Before the 90 Days wrapping up, viewers are beginning to look forward to the Tell All. According to spoilers that have already leaked, this year’s promises to be filled with even more drama than ever before. Especially with claims that Jesse Meester will be crashing the cast get together yet again.

The format of the Tell All has been the same every year. American cast members have been present in studio to answer questions and discuss their relationships while their foreign counterparts connect via video chat.

Darcey ex surprised everyone at the Season 1 Tell All

But who could forget the first season, when the audience (and Darcey) were shocked to find that her beau from Amsterdam, Jesse Meester, was actually in the building, ready to meet her on stage!

Things between Jesse and Darcey were a bit dicey and fans were beginning to call Jesse out for being controlling. But his presence on the 90 Day Fiance: Before the 90 Days Tell All stage definitely squelched anything that Darcey had to say on the subject.

Jesse Meester ‘drops in’ on Season 2 Tell All

At the conclusion of Before the 90 Days Season 2, viewers will remember that the overdone relationship between Darcey and Jesse was finally over!

After things heated up with rumors of Louboutins being thrown and a fit from Darcey over how Jesse chose to cut his steak (on the bias!), Jesse, always the gentleman, decided to fly 10,000 miles to break up with Darcey in person (and with cameras rolling).

But that didn’t stop him from showing up one more time at the Tell All that he was not supposed to be at. This time Jesse was in the greenroom, listening to the American cast members weigh in on his behavior throughout the season. He told producers that he insisted on being allowed to defend himself, and was then escorted to the stage, where he jokingly introduced himself as “Mr. Controlling”.

Jesse filmed in Season 3 Tell All?

Could it really be? According to 90 Day Fiance blogger John Yates,  Jesse Meester has managed to show up at a third Tell All in a row.

This time, Jesse has managed to weasel his way onto a Tell All for a season that he was not even filmed in! For reasons that still remain unclear, Jesse “just happened to be in New York”.

Before the 90 Days Tell All spoilers claim Jesse will once again weigh in on this season’s drama, especially that of Darcey and her new boyfriend Tom. Really, Jesse? Have you nothing better to do with your time?

Considering how many times Jesse was brought up during Season 3, even though he wasn’t a part of the cast, he probably expects to be talked about at the Tell All. But if he’s there, like during the last two Tell Alls, Jesse can demand to defend himself.

As we go through our morning stop and reflect at these times #9112001. Looking into the city from my window, thinking how what happened 18 years ago in NYC changed the world forever. I open up my Instagram today and keep seeing hashtag #newyorkfashionweek but what about #neverforget, fellow bloggers?⁣⁣⁣ ⁣⁣⁣ Today will always be a tough day in history to relive. I salute all the men and women who serve this great nation every day to keep us safer with our allies. The sacrifices you make are not lost on me. These times always want to take me back to serving again as we owe it to these brave men and women who gave the ultimate sacrifice. ⁣⁣⁣ ⁣⁣⁣ Never. Ever. Ever. Forget. We owe it to all 2977 of them. #UnitedWeStand ⁣⁣⁣ Remembering and honoring all those we lost on that tragic day. ??⁣⁣⁣ ⁣⁣⁣ Pic by @urbanshots_ ⁣ #HateCanNeverWin #Patriotic #WeRemember #NYCstrong #September11th #Remember911 #Flight93 #911Anniversary #911NeverForget ##NYC #Honor #newyorkcity

In fact, John Yates also claims that the fight caused on set by Angela actually started with criticism for Jesse. It’s not clear how that turned into an attack on Avery, but it’s no secret that Jesse is a huge fan of Angela and Michael. It turns out that his support for them may be due to Angela’s prior support for him.

If past seasons have shown us anything, it is that Darcey and Jesse don’t mesh well. And being surprised by the presence of her ex on yet another Tell All is sure to throw poor Darcey for quite a loop. But this time, Jesse’s party crashing antics might prove to be the boiling point of his narcissistic behavior. Fans will definitely not want to miss this Tell All!