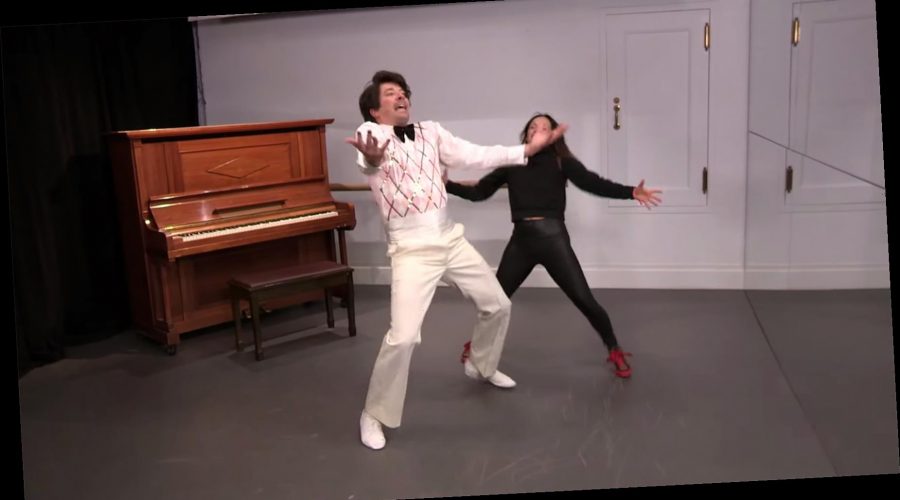 Rather than sending up the video itself, Fallon portrays an over-the-top Styles during dance rehearsal, going through the choreography and spontaneously narrating each move as he goes. (“I got the job! Oh, now there’s an eclipse, cover your eyes!”) Later, he FaceTimes his duet partner Waller-Bridge, played hilariously by Saturday Night Live cast member Chloe Fineman.

“Oh, Harry! FaceTime! Quite cheeky,” she says. “You’ve caught me in the middle of dinner — a cheesy, drippy little slut of a pizza.”

“Any interest in being in my new music video?” Fallon-as-Styles asks. “We’ll wear matching Argyle sweaters, and at the end, you get to dip me.”