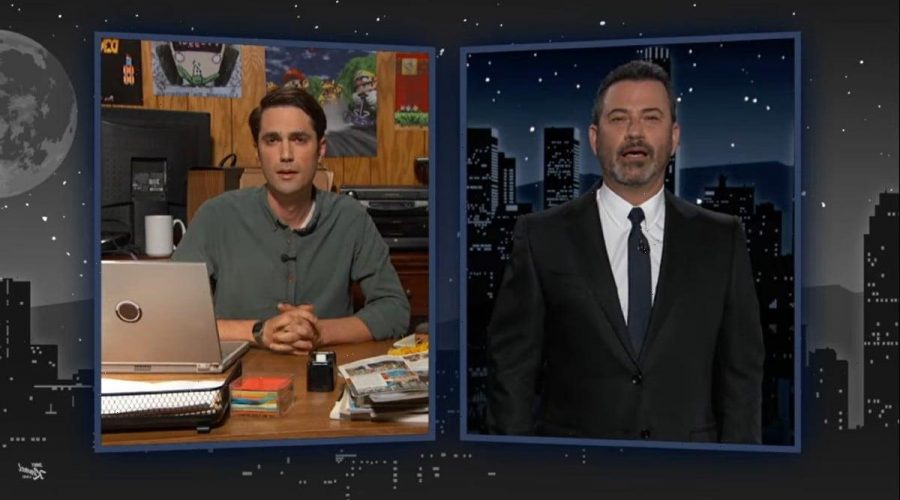 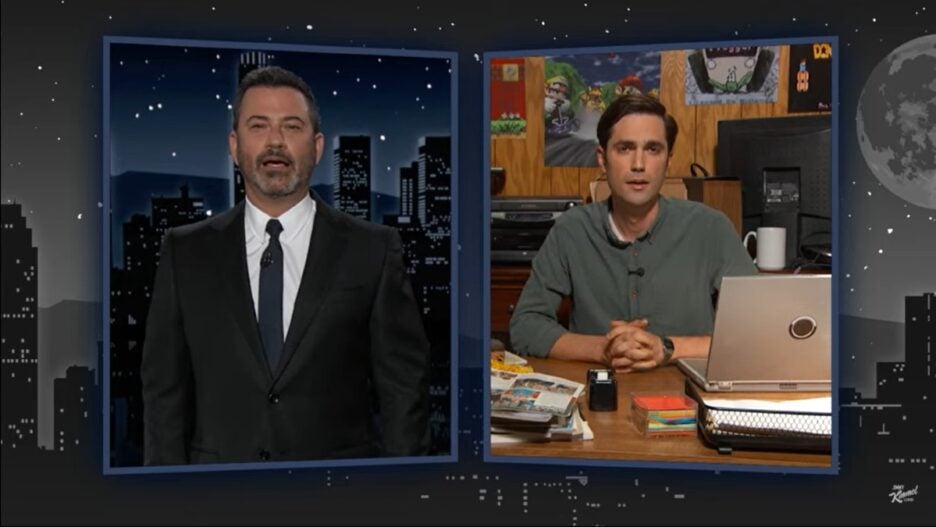 During his monologue Monday, Jimmy Kimmel spent considerable time on the topic of the upcoming “Super Mario Bros.” movie. After it was announced last week, a lot of people took issue with the fact that Chris Pratt has been cast as the voice of Mario in the animated film.

Kimmel didn’t really understand what the big deal was and specifically thought it was silly that some people complained that casting Pratt was some kind of anti-Italian prejudice. So he made fun of it with an extended sketch suggesting that those people are really just suffering from daddy issues.

He also gave some pretty good dating advice inspired by this whole thing.

During the bit, Kimmel summed up the situation, joking that a lot of people were demanding “that an Italian portray this offensive Italian stereotype.”

Also, he added, “By the way, ladies, pay attention, if you’re boyfriend was more upset about this than the Texas abortion law, say goodbye to him.”

Jimmy then introduced “Ben Porello,” who he said was one of the biggest critics of the movie and was speaking to the audience “from, I guess, his house.” (Actually it was an actor, obviously.)

Asked what’s so bad about that, ‘Porello’ told Kimmel, “It’s corporate white washing, Jimmy. Mario is Italian. And he should be played by an actor who is Italian, and who will tell me that he is proud of me.”

“Excuse me? What?” asked Kimmel.

“It’s pretty simple, Jimmy. Mario’s Italian, therefore he should be portrayed by an Italian actor who can accurately represent the Italian culture and who will tell me that he approves of the choices I have made in my life.”

Kimmel pushed for more information about that, to which ‘Porello’ said “I want to be clear, this is not about Chris Pratt. Chris Pratt is fine, he’s just not right for this role. The role of Mario, Super Mario, calls for a Stallone, a Danza, and a confident Italian man who can rock a mustache and call me on my birthday to tell me he loves me, despite the fact that I blew the inheritance my nonna left me on Funko Pops.”

Kimmel noted that these demands “sound very specific,” and in response, ‘Porello’ said, “That’s probably because I’ve been a huge Mario fan ever since I got my first Game Boy, which I loved. Until my dad broke it over his knee and told me” — at this point ‘Porello’ started speaking in a stereotypical Italian accent not unlike Mario — “I didn’t raise-a no geek-a boy.”

Continuing the gag, ‘Porello’ said, “When I go to the theater on opening night, I want to hear my favorite character say ‘I love-a you, Ben. And I forgive-a you for dropping out of community college. And I forgive-a you for ruining Thanksgiving by screaming about how Lola Bunny was hotter in the first-a ‘Space-a Jam’ movie. And I’m a-sorry I break-a you Game Boy. Then he started crying.

Watch the whole monologue above. The Mario stuff is the last gag.