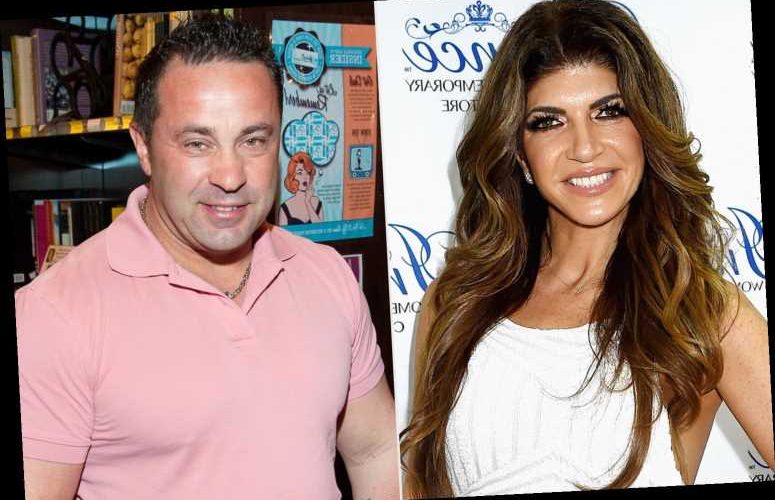 Joe Giudice is happy as can be after reuniting with his daughters in the Bahamas.

On Monday, the former Real Housewives of New Jersey star posted a sweet photo on Instagram of his four kids with ex-wife Teresa Giudice — Gia, 20, Gabriella, 16, Milania, 15, and Audriana, 11.

"Countless times I beat myself up thinking about all I could have done to be a better father," he captioned the post. "I look at my kids & know @teresagiudice and I did everything right here! They truly are perfection."

Teresa, who reposted the same photo on her own page, commented on her ex's Instagram, "We both [did] an amazing job with them."

The four Giudice girls met up with their dad last month in the Caribbean, marking their first in-person family get-together since November, when they saw Joe in Italy. Joe, who moved to Italy in 2019 amid a deportation court battle, has been in the Bahamas since January.

Joe, 49, and Teresa, 48, separated in 2019 after 20 years of marriage. They had been living apart since March 2016, when Joe began his 41-month prison sentence for mail, wire and bankruptcy fraud. Teresa served a little over 11 months in prison for the same crimes and was released in December 2015. Last month, while appearing on an episode of Watch What Happens Live, Teresa opened up to host Andy Cohen about the dynamic between the two men in her life, revealing that they had "talked over the phone" and discussed meeting up prior to the recent Bahamas getaway, where they all enjoyed a meal together.

"Louie wanted to go to the Bahamas and meet [Joe] — which I thought was the most amazing thing ever," Teresa said at the time. "He said he just wanted to talk to him and let him know he's not trying to take his place or anything. But he just wanted to meet him, 'cause I have daughters."

06/04/2021 TV & Movies Comments Off on Joe Giudice Says His Daughters with Ex Teresa 'Truly Are Perfection': We 'Did Everything Right'
Lifestyle