The John Lewis Christmas advert for 2020 is on the way and fans have been desperate to find out what tear-jerking story will be told this year. Every year fans wait in angst ahead of the release of the festive video, which is often played over a beautiful cover of a popular song. Express.co.uk has all you need to know about the John Lewis Christmas advert for 2020, including how fans can watch it.

Like most other brands who have released Christmas adverts this year, there is a particular focus on bringing positivity at the end of what has been a very difficult year for all.

John Lewis is no different, as this year the theme for their advert will be celebrating kindness during the coronavirus pandemic, which has caused a whole load of angst for everyone across the UK.

The luxury brand had considered scrapping their festive advert this year, wondering whether it would be insensitive in light of all that has happened over the past few months.

However, charity partners involved in the festive campaign encouraged John Lewis to go ahead with the advert, suggesting the focus should be on the selflessness of the British public during this time.

This year’s advert will be launched on the John Lewis and Waitrose social media platforms at 7am, so viewers can head to Facebook and Twitter to watch the uplifting video here.

Express.co.uk will update this video ay 7am as soon as the video drops. 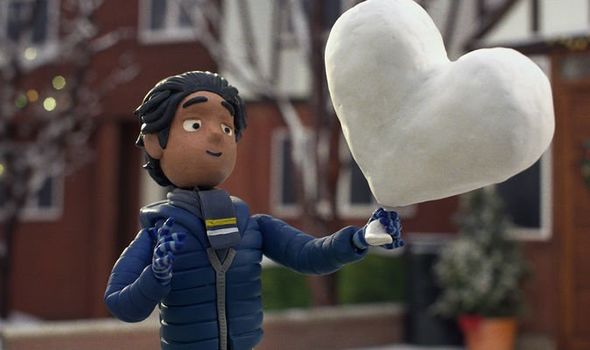 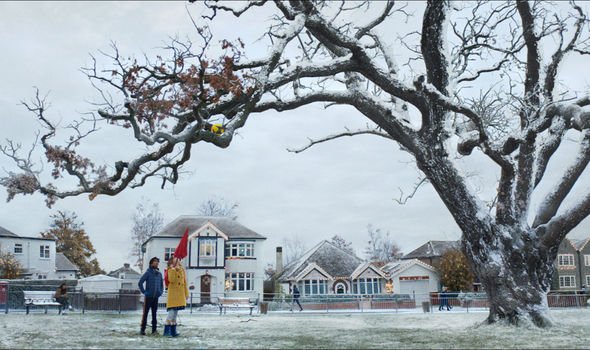 The campaign, which is called Give A Little Love, is hoped to bring some reassurance for families who a worried they will struggle over Christmas.

This year’s advert will look slightly different to the adverts from previous year’s which have included adorable animated characters such as Edgar the excitable dragon, Moz the Monster and Monty the Penguin.

Instead the advert starts with a young boy whose football has become stuck in a tree. But with a small act of kindness, the problem is solved.

The video then continues to show a series of acts of kindness, varying from live action clips to animated scenes.

There will be a total of nine scenes created by eight different artists, and they will all celebrate the hardworking creative industries which have been adversely hit by the coronavirus pandemic.

This year the advert, for the first time, includes a specially commissioned song called A Little Love, which was written and recorded by soul singer Celeste. 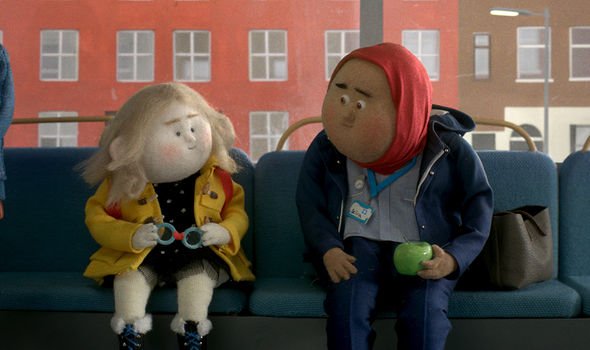 The two-minute advert will also include a short video promoting two charities – FareShare and Home-Start – for which the partnership is hoping to raise £4 million.

FareShare is a charity helping to combat food poverty, whereas Home-Start works with parents who need support around the home. The partnership has pledged to match customer donations up to £2 million.

Money from each download of the advert’s soundtrack will also go towards the two charities, and customers will be able to buy merchandise which will help raise funds.

James Bailey, executive director of Waitrose, said: “Each year festive adverts come and go – and some are remembered more vividly than others.

“But our advertising this year will leave a lasting legacy – and in that way we hope it won’t just be for Christmas. We did consider whether it was right to produce an ad this year at all.

“However, FareShare and Home-Start told us how much of a difference this campaign could make, both on a financial level and in raising awareness of the incredibly important work they do with families across the UK.” 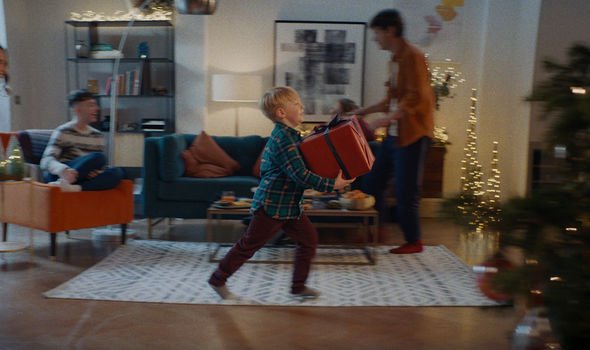 The first Christmas advert by John Lewis was released in 2007 and it was called Shadows – featuring some stunning artwork by Tim Noble and Sue Webster.

Over the years the adverts have become more of an essential part of the festivities, with The Journey, The Bear and the Hare, and The Man on the Moon all receiving high praise from viewers.

The year 2016 introduced Buster the Boxer on his trampoline, with the 2018 advert featuring Elton John as he played the opening notes of Your Song, taking viewers back in time to his days as a child learning the piano.

Last year’s advert saw Exciteable Edgar setting fire to everything in his path, to the sound of Bastille’s cover of Can’t Fight This Feeling.

The videos have instigated a number of social media campaigns in the past, the most notable perhaps involving the US lecturer called John Lewis, who would receive more than 50,000 tweets a year which were in fact meant for the retailer.

The story went down such a hit that the real John Lewis starred in his own Twitter advert, poking fun at the mistake made by viewers.

The lecturer’s profile states he is ‘not a retail store’, and Twitter UK partnered with him to make a festive advert for their social media page.

Following what has been a year of upheaval for so many, viewers are excited about a little Christmas spirit.

John Lewis executive director Pippa Wicks said they were keen to “break the mould and do something different”.

She said: “We have a long tradition of helping support the communities which we serve, so, as we launch one of the best-loved assets, our Christmas ad, it’s fitting to take this one step further by working hand in hand with two incredible charities supporting families in need.”