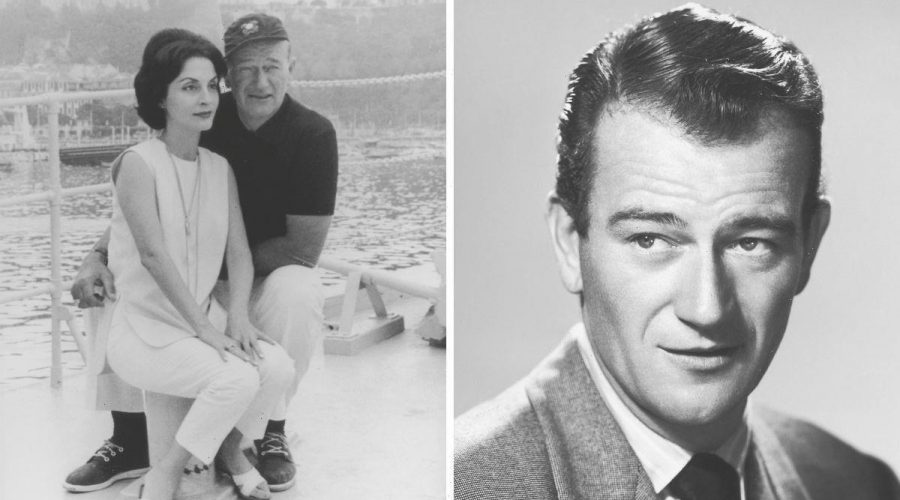 John Wayne remains one of Hollywood’s biggest and most profitable stars, with his career overlapping the silent era of films in the Twenties, through to the golden age of cinema into the Seventies. But his beloved wife, Pilar, had concerns about the strain of his flourishing career at points.

Throughout his career, which saw him star in more than 170 films and TV productions, the man nicknamed Duke would achieve huge success, but none more than in 1970 when he finally clinched the Oscar he so desperately craved for Best Actor in True Grit.

Among his other most cherished films is The Alamo, the 1960 historical war film about the 1836 Battle of the Alamo, which saw Wayne earn an Academy Award nomination for Best Picture.

During the filming process Wayne’s third wife, Pilar, noted how nervous she was for the acting legend, particularly as a result of him taking on the roles of actor, producer and director.

Writing in her and Alex Thorleifson’s 1987 book John Wayne: My Life With the Duke, Pilar noted how Hollywood studios were not as keen on The Alamo’s potential, resulting in the star taking on much of the responsibilities for it alone.

She wrote that during the process she “fell in love with Duke all over again during the filming of The Alamo”. 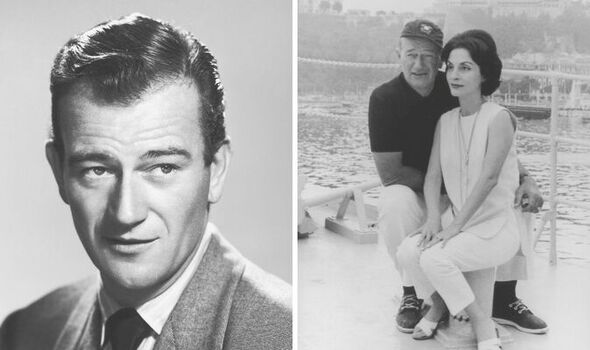 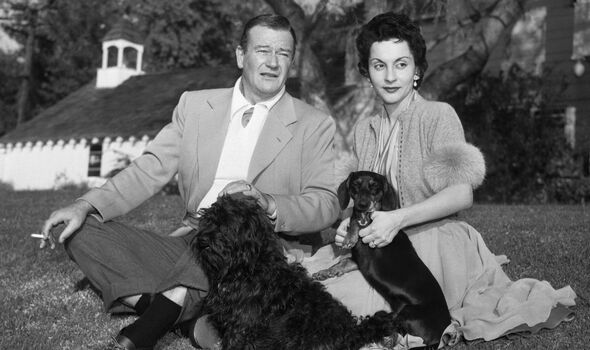 Pilar added: “I’d been concerned how he’d react to the stress of his triple responsibilities as a producer, director, and star.

“But I worried needlessly. Duke clearly felt at the peak of his career.”

As a result of his then-already long career in front of the camera, Wayne developed a unique and strong bond with a number of highly acclaimed directors, including his favourite John Ford.

Astonishingly over both men’s career, the pair teamed up on some 14 feature films, including the likes of Stagecoach, The Searchers and She Wore a Yellow Ribbon. 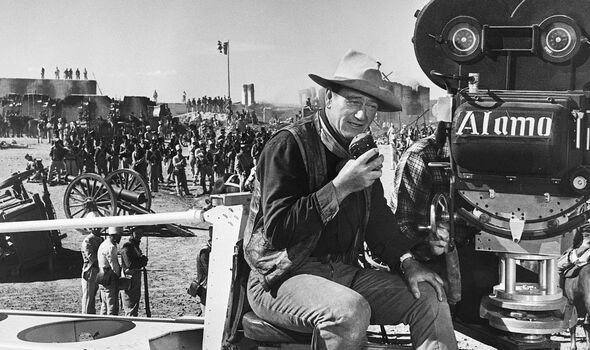 Pilar, who married Wayne in 1954, detailed how he exuded the patience other directors had with him, with his own actors, and she picked up just how much he enjoyed leading a cast on set.

She added: “Although there were days when he used as many as 26 or 27 different camera setups, nothing escaped his watchful eye.

“He seemed to be everywhere at once, correcting the way an extra sat his horse or carried his gun, rearranging props, working with the actors, praising his crew.

“Despite the pressure and workload, Duke’s love for directing showed.” 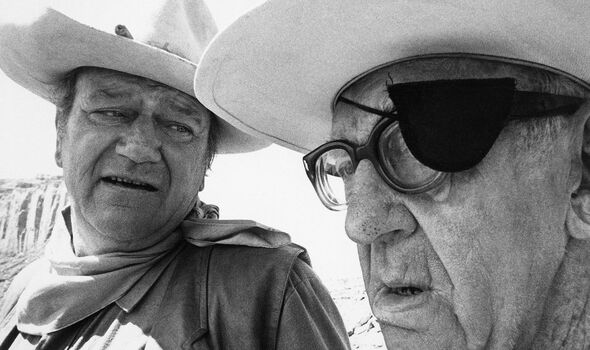 Ford, born in 1894, was the force behind the 1962 film The Man Who Shot Liberty Valance, which starred Wayne as the movie’s hero Tom Doniphon, and is the only man to win four Best Director gongs at the Oscars.

In a report in Closer News Weekly in 2022, Scott Eyman, who was a biographer of both Wayne and Ford, described how filming for The Man Who Shot Liberty Valance left the director poorly, mainly due to his ever-aging health.

After the production was finished, Wayne was set to be handed an award, and he wanted to the director to be the man to hand his prize over to him.

He said: “Ford was announced to go introduce Wayne and he came up a couple steps to the dais and stumbled over one of the steps and slid right back down the dais. He recovered. He didn’t actually fall down, he got ahold of himself and went back up the steps and introduced Wayne.”

Eyman, who released his Wayne biography in 2015, explained that Wayne then “came up the steps to the dais” and “also stumbled over the same step on purpose, slide all the way back down”.

He continued: “The audience laughed thinking it was a setup between the two men. Then he came right back up and accepted the award. Actually, it hadn’t been a setup.

“Wayne had done it to make it look like a setup so it wouldn’t look like John, his mentor, his father figure, the man he loved more than anybody on Earth, he didn’t want him to look bad in front of an audience.”