JOSIE Gibson screamed in terror as she shot down the world's fastest zip wire live on This Morning today.

The presenter even trended on Twitter after she was launched off a mountain in North Wales – just an hour away from the new I'm A Celebrity camp – despite screaming at the camera "I don't want to do it!" 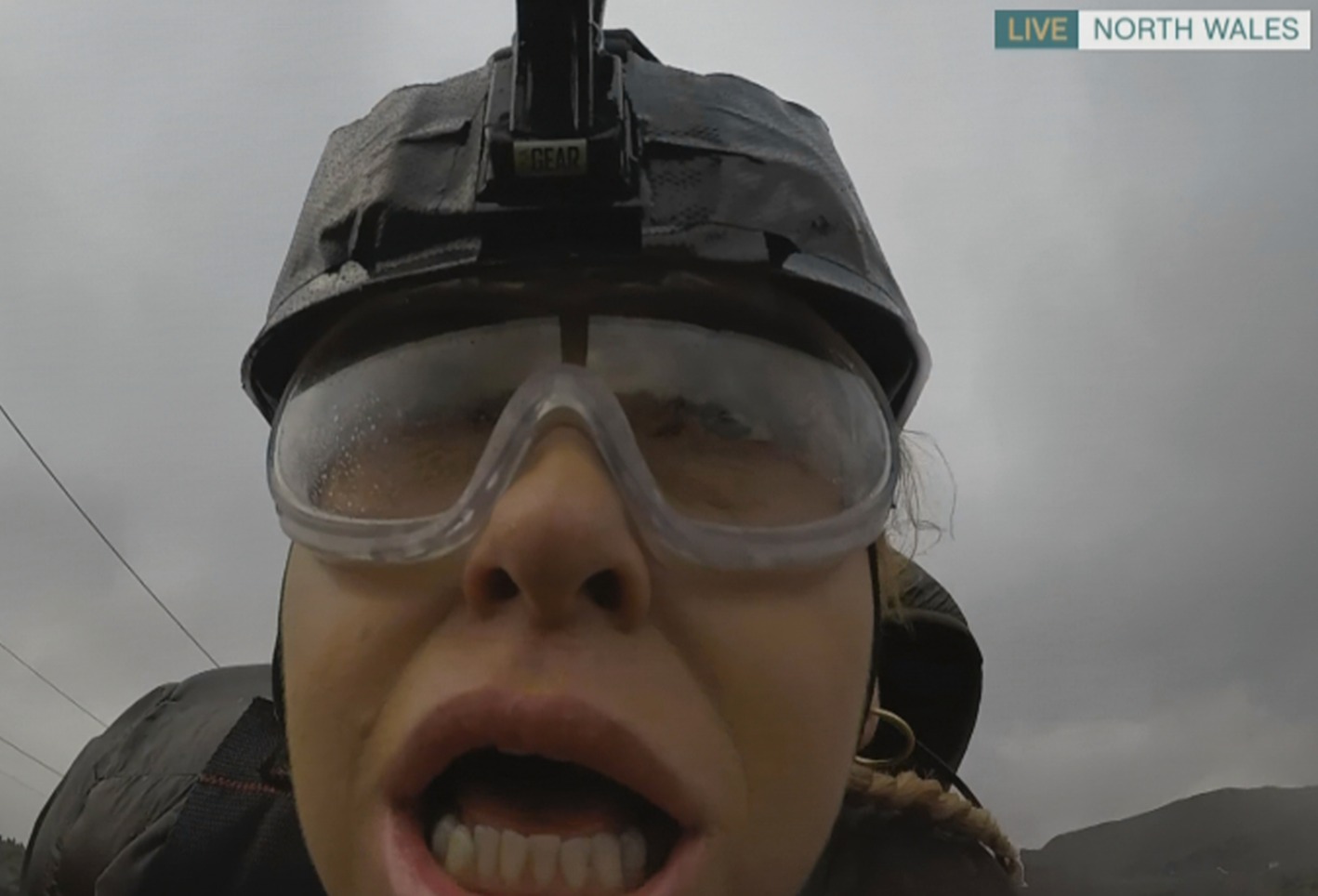 Josie left viewers amazed when she changed her mind about making the daredevil jump – though she was already strapped in to a harness and stretcher.

With seconds to go, the former Big Brother star shouted to nearby staff: "Check me again. Am I safe? I'm precious cargo!"

This Morning hosts Rochelle Humes and Dermot O'Leary then squirmed as they saw nervous Josie being pushed off the platform.

Josie barely stopped screaming to catch her breath and was howling for the full 50 seconds as whizzed down the mountain at top speed. 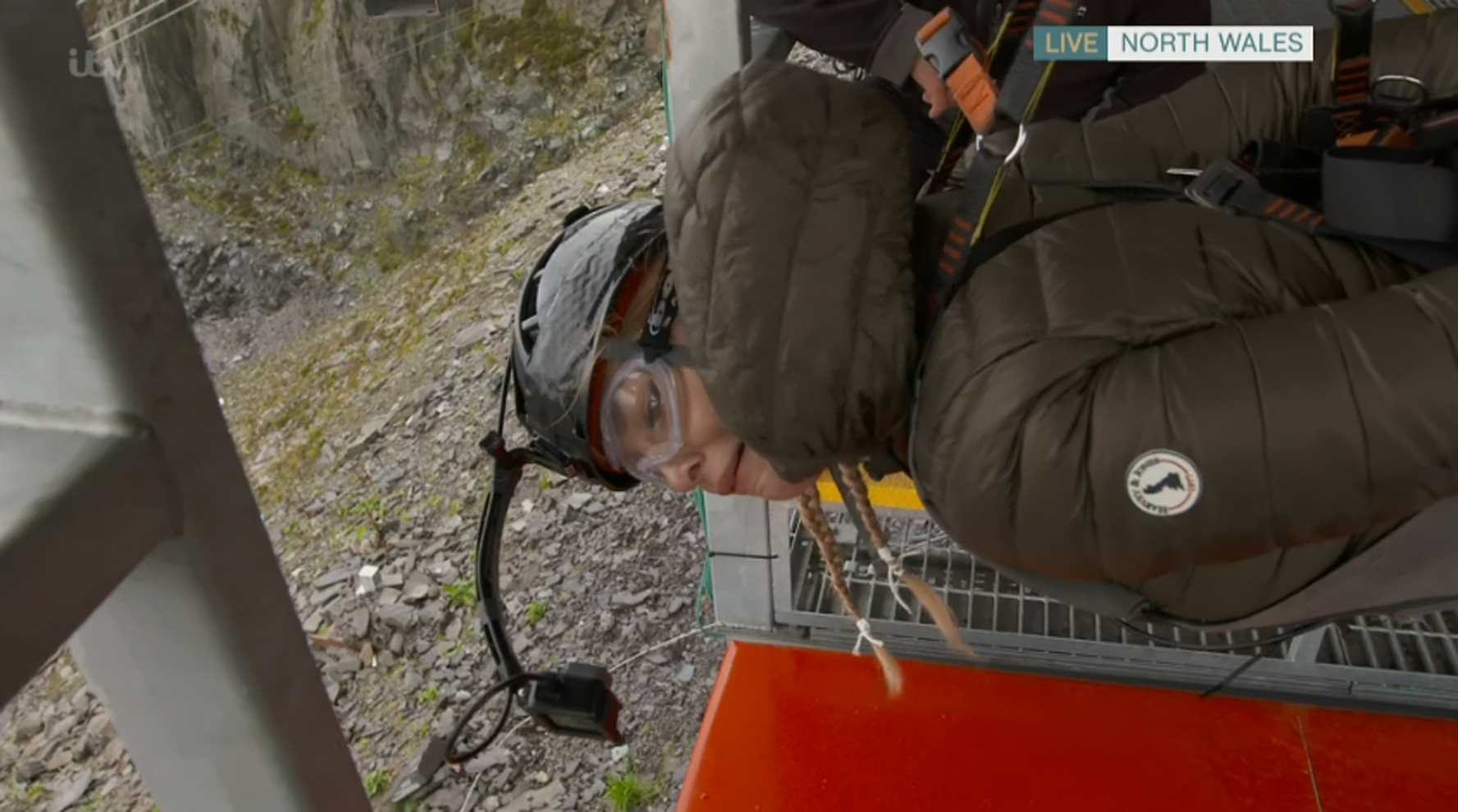 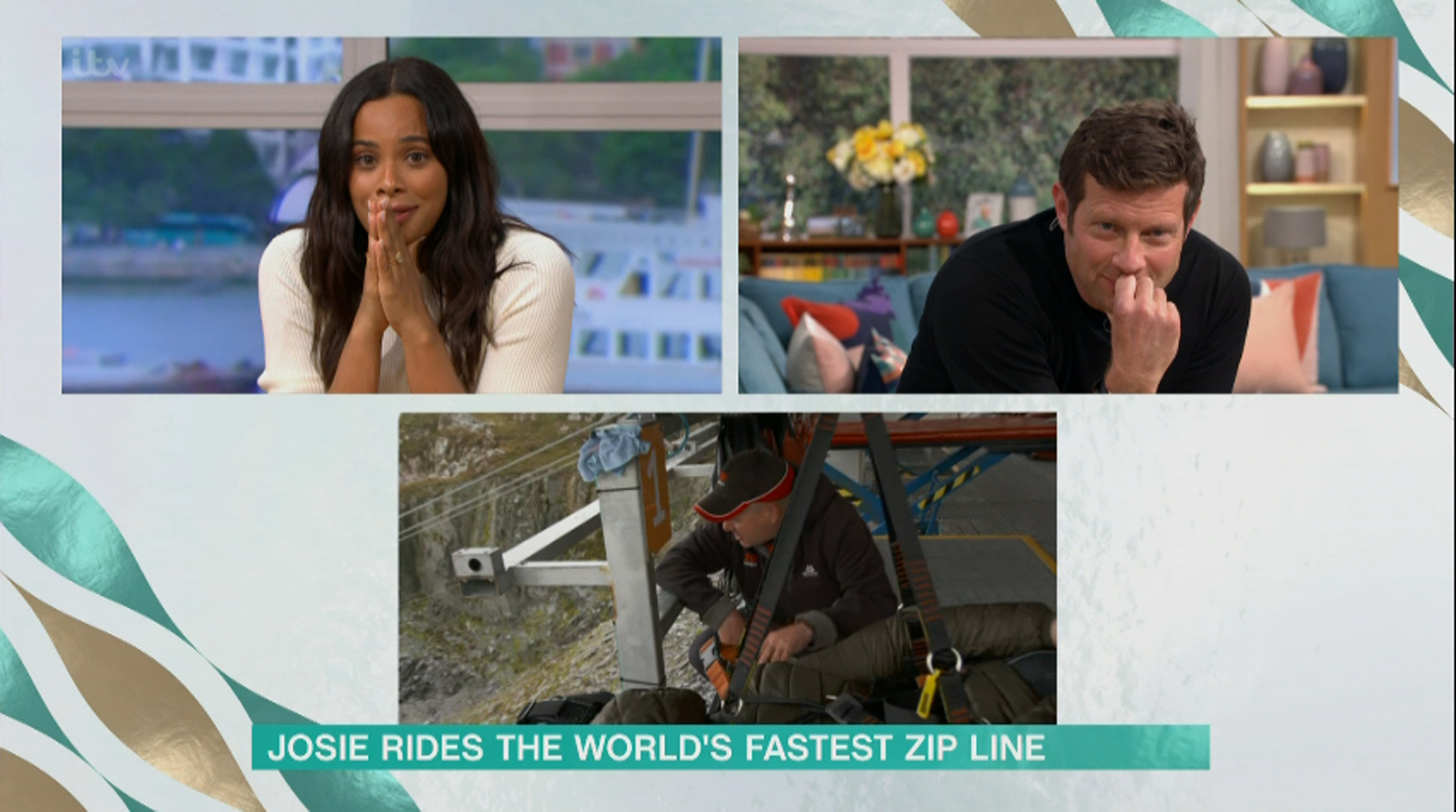 Viewers were in awe of her bravery, with some "in tears" for the terrified star and others telling This Morning to "stop torturing poor Josie."

And one more wrote: "Josie riding the worlds largest Zip line was a breathtaking piece to watch on This Morning. How brave! She was petrified. But she went for it and definitely took one for the team. Well done" 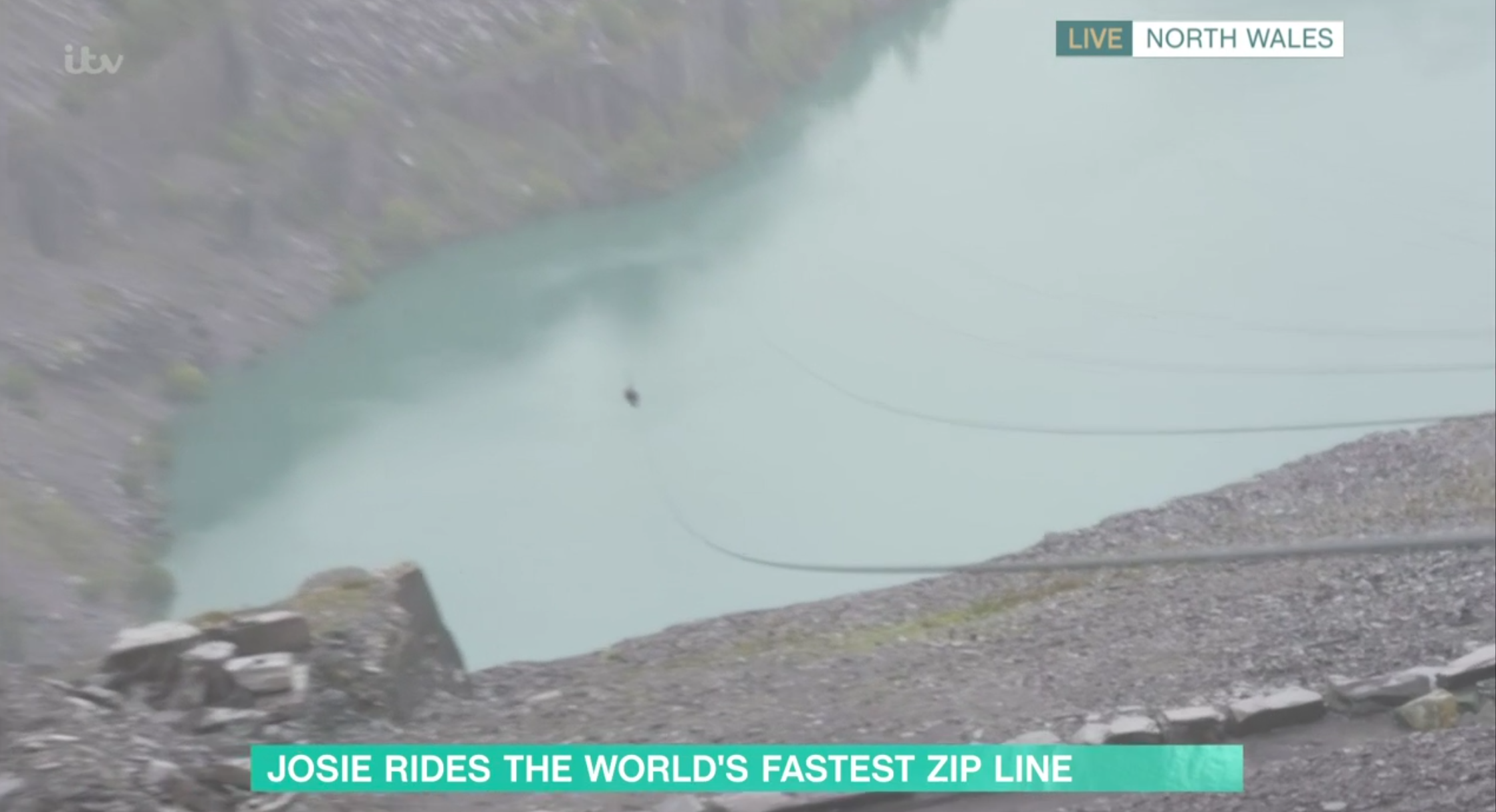 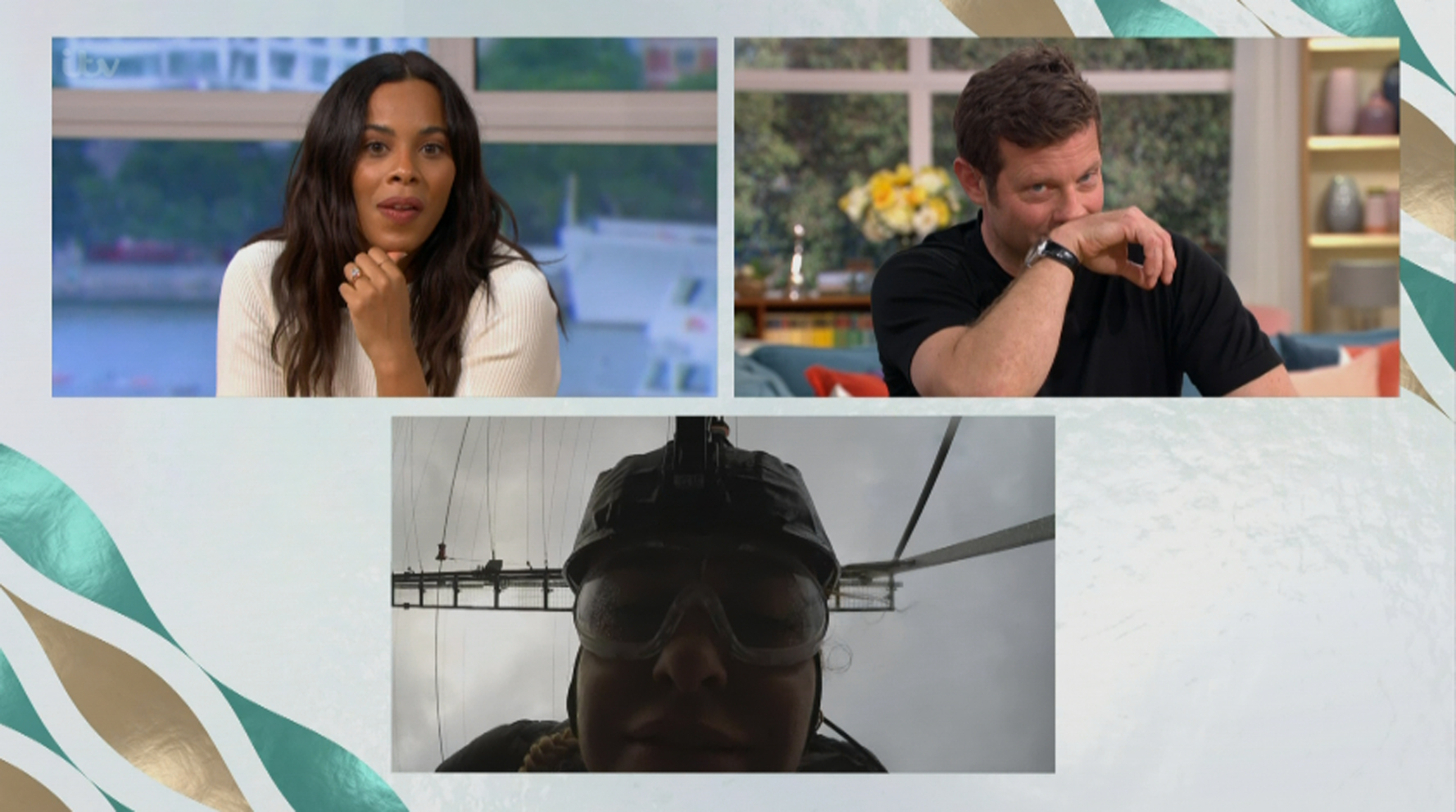 After landing on her feet, Josie said: "I just can't believe I'm alive Rochelle. I'm just so happy feet are on the ground. I'm shaking like a leaf, what a rush, the best bit was landing."

An hour later, Josie appeared on the show again and told the presenters: "I'm fine I've had a cup of tea, the adrenaline has worn off.

"When I landed the adrenaline was going so much I can't even remember speaking to you.

"12 hundred feet and I almost chickened out. But thank god they let me do it. It took me 20 minutes to get to the top of that mountain and 50 seconds to get down it, so you can imagine." 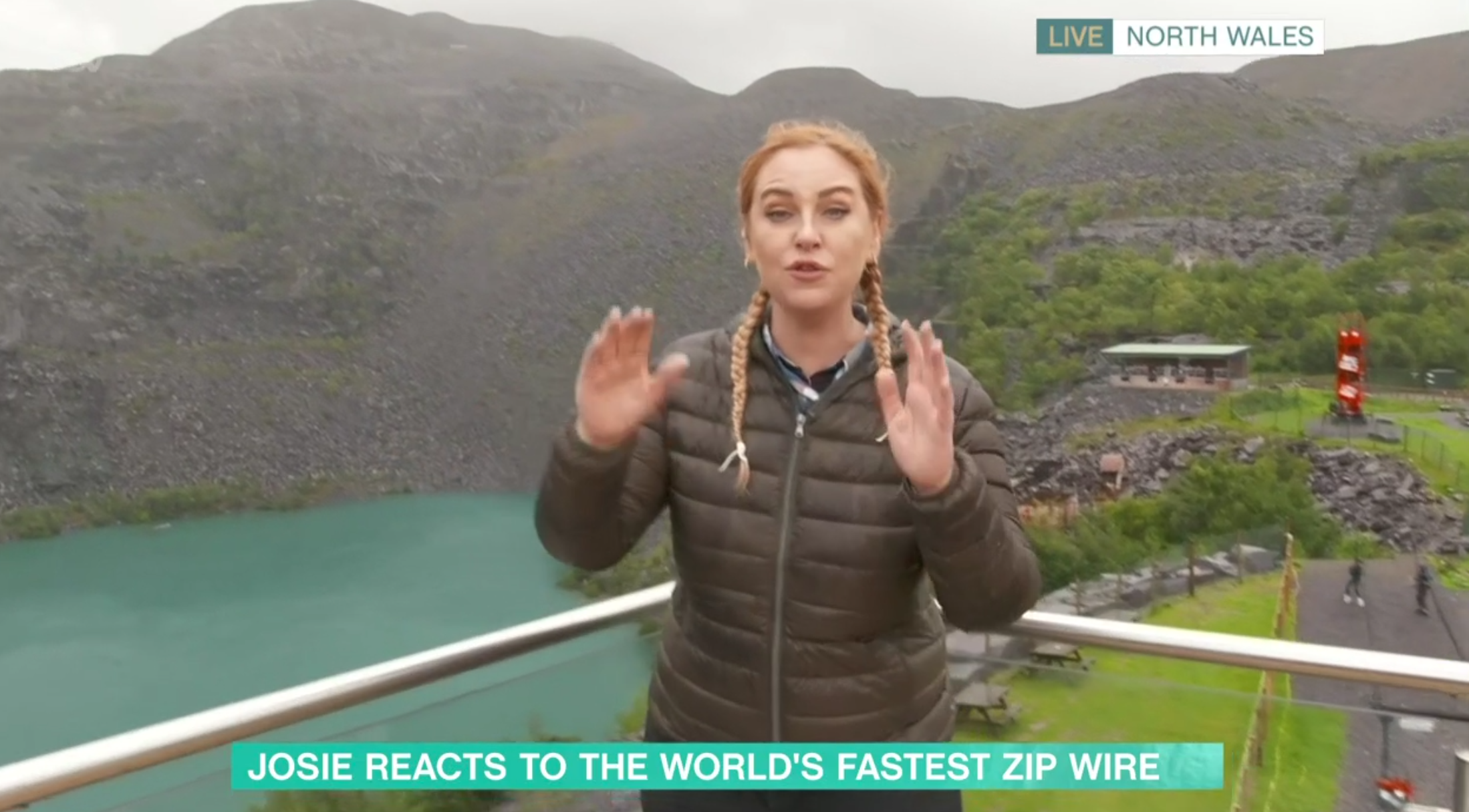