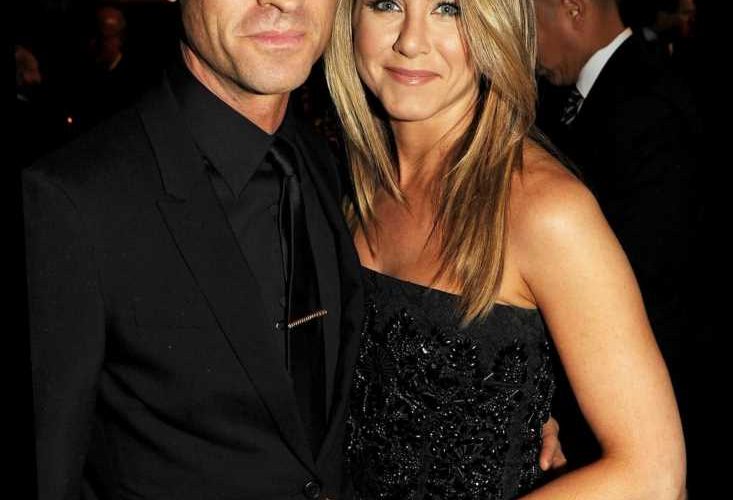 Justin Theroux is never saying never to working with his ex-wife Jennifer Aniston.

In an interview with Entertainment Tonight, while promoting his Apple TV+ show The Mosquito Coast, Theroux, 49, spoke about ever working with Aniston, 52.

"Listen, if they wanna send me some pages," Theroux said of possibly appearing on the actress's Apple TV+ series The Morning Show.

It wouldn't be the first time the two have worked together, having co-starred in the 2012 comedy Wanderlust together.

"We check in and I think we're both having fabulous experiences working with Apple TV+," Theroux said. "It's that perfect balance of support and also not controlling the creative."

Months after their split, Theroux revealed they had separated without any hostility.

"It was heartbreaking, only in the sense that the friendship would not be the same, as far as just the day-to-day," Theroux added. "But the friendship is shifting and changing, you know, so that part is something that we're both very proud of."

The two stars have remained friendly since their separation. Last month, Theroux wished Anniston a happy birthday by sharing a black-and-white photo of the Friends actress on a large staircase on his Instagram Story.

"Happy birthday @jenniferaniston," Theroux wrote at the top of the image. "[Love] you B!" he added at the bottom, using a red heart emoji in the message.