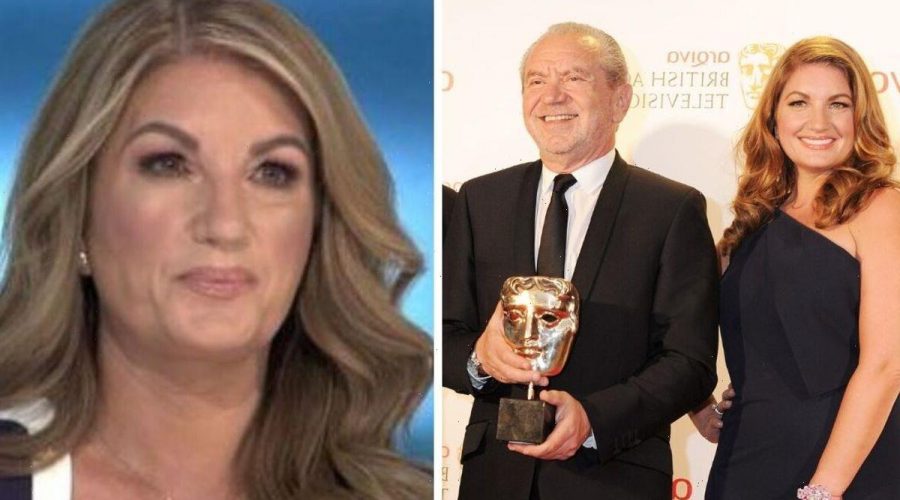 The businesswoman, best known for being Lord Sugar’s aide on BBC staple The Apprentice, will continue to be the business magnate’s eyes and ears throughout the series as she reports back to him while observing the candidates. Speaking to Express.co.uk and other media, Karren detailed her strong friendship with the 75-year-old, explaining they “have a good time”.

Karren has played a key role on The Apprentice since 2009, and has formed a close rapport with Alan on and off-screen.

While they have their differences, Karren said they “really enjoy” working together.

“I love helping young people, all the things Alan’s passionate about I am too,” the 53-year-old stated.

“But actually, we have a lot of fun, right? We’re all good friends.

“We’ve spent a lot of time together, on and off the screen so to speak.

“So we have a lot of fun. We really enjoy it. And it’s like all friends coming together and just having a good time and having a lot of fun.”

Delving further into her and Alan’s political differences, the Conservative member explained it doesn’t stand in the way of their friendship.

“Well, Alan, he resigned from the Labour Party,” she commented.

“And became an independent. So, when you get introduced into the house, you have two peers walk you out.

“That’s part of the tradition and they’re supposed to be peers from your own party.

“But I asked Alan, he was a Labour peer at the time, if he would walk me in and they said, ‘We don’t do that here.’

“That’s when we came up with the phrase that it was friendship first, football second, politics third.

“But he resigned from the Labour Party, he became an independent and he’s a cross bencher now.

“Normally, Conservative and Labour, you’d say they’re a bit like being a Spurs supporter and a West Ham supporter.”

When asked for further details on their political divide, Karren admitted: “We mainly just leave it.

“I think we both have a couple of eye rolls every now and then about things and maybe leave at that.”

The Apprentice will mark its 20th anniversary next year, with the new series arriving as the 17th.

The Apprentice airs on Thursday at 9pm on BBC One.