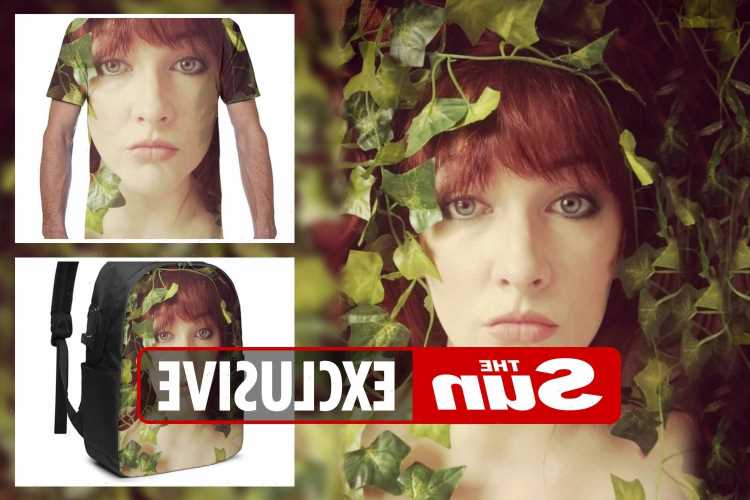 A KATE Bush tribute act’s selfie is being printed on items sold online after she was mistaken for the real singer.

Mum-of-four Lisa-Marie Walters, 39, has been performing as Kate as part of tribute band Moments of Pleasure for three years. 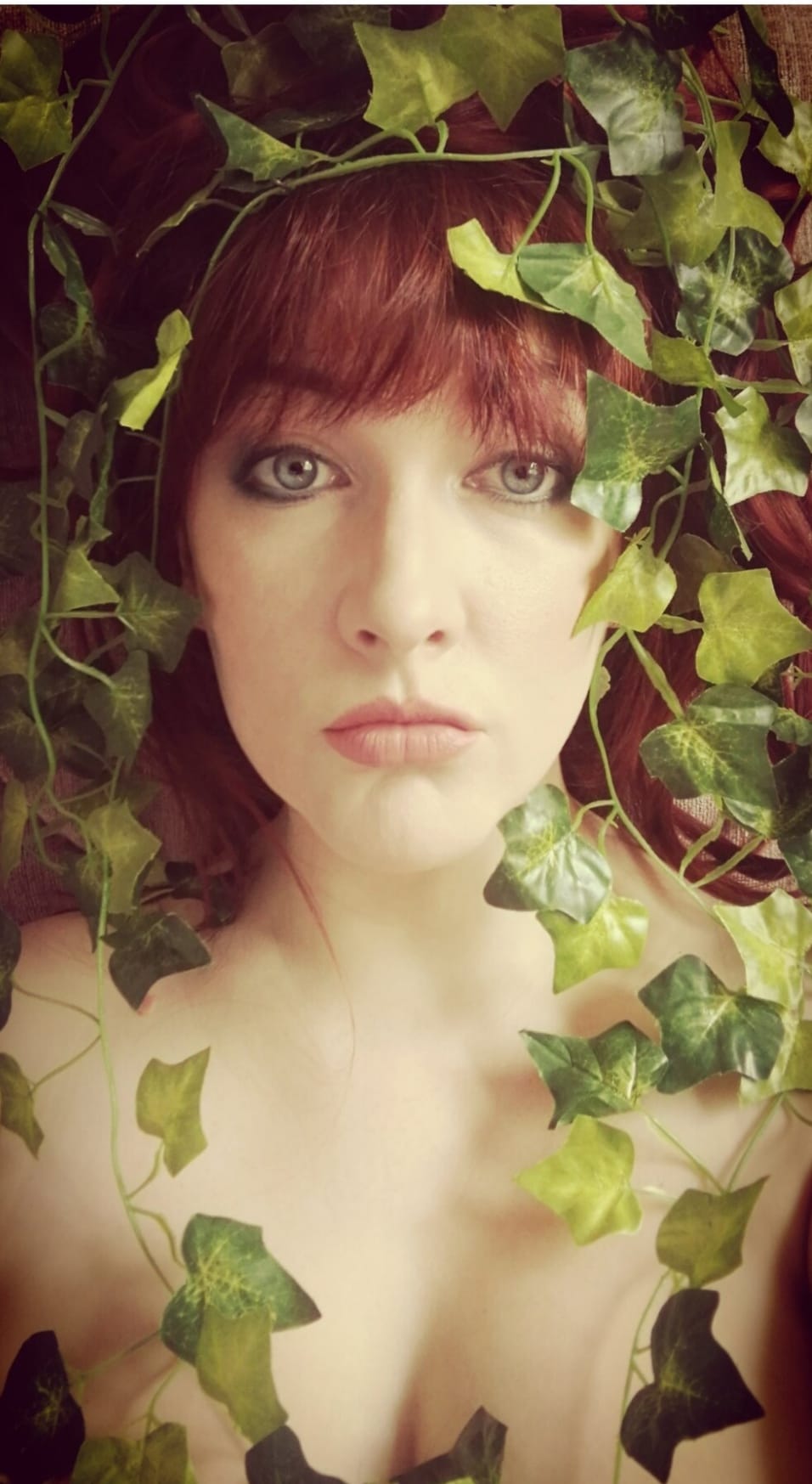 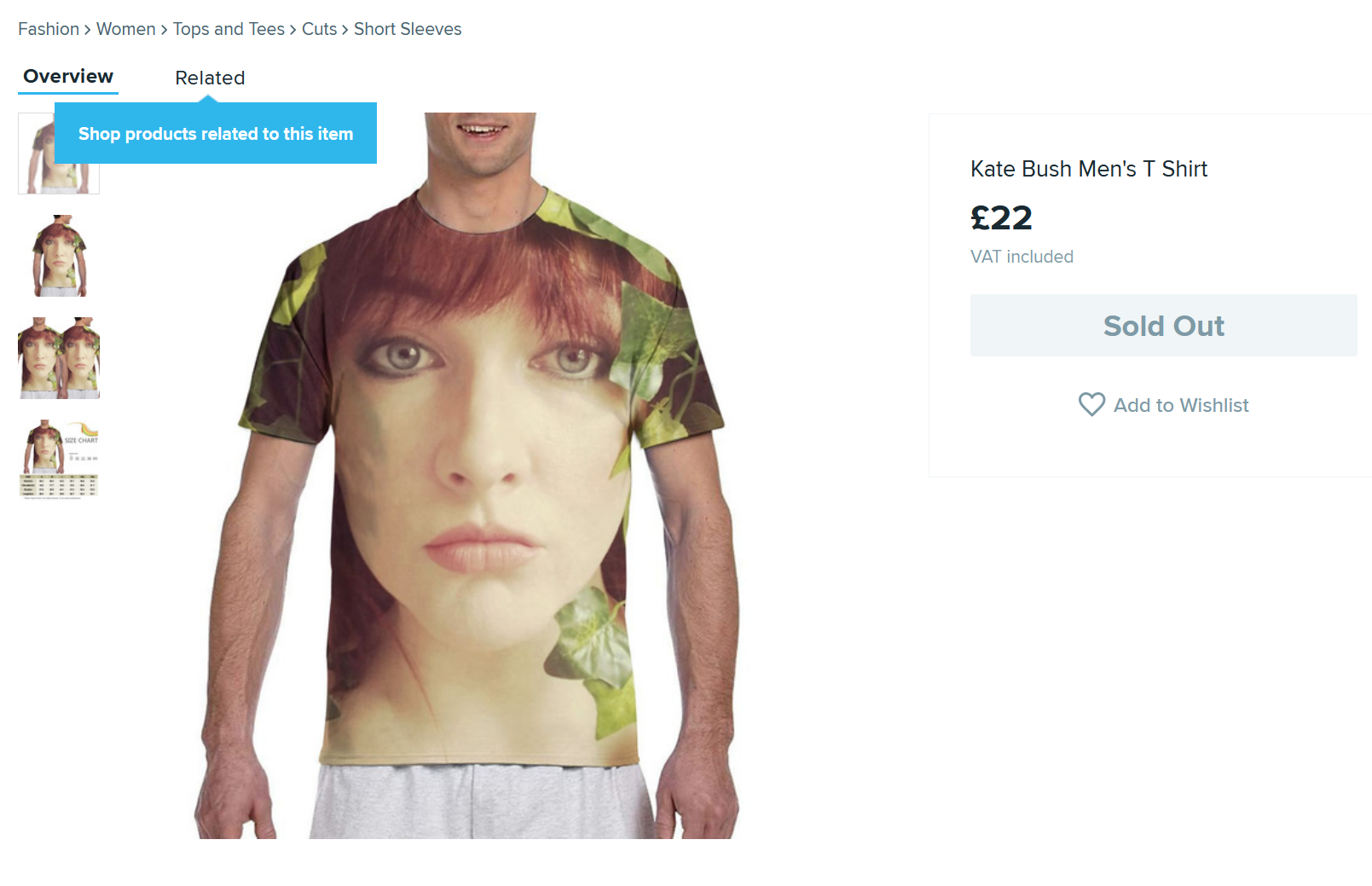 She took several selfies recreating some of the Wuthering Heights star’s album covers and PR shots to use to promote her own act.

But she said a friend told her she had seen her face on bags, mugs and T-shirts being sold on online marketplace Wish.com.

Lisa-Marie said: “I was shocked when my friend messaged me asking why she was looking at a T-shirt with my face on.

“I’m on leggings, a bag, a glasses case — I’m on everything. It’s hilarious.

“People have compared me to Kate before, but more that I sound like her rather than look, which is how I got into performing as a tribute act.

“I’ve always been a Kate Bush fan. I love everything about her, especially how theatrical she is. She doesn’t fit just one genre.

“But I don’t think any real Kate Bush fans would mistake my photo for her. For one thing, I’ve got blue eyes and Kate’s are brown.”

Lisa-Marie, from Stoke Gifford, South Gloucs, added: “It is weird to think people might have bags and things with my face on.

“It’s been really funny. My friend is buying some chair covers for her car. I expect I’ll get a few presents this year with my face on.” 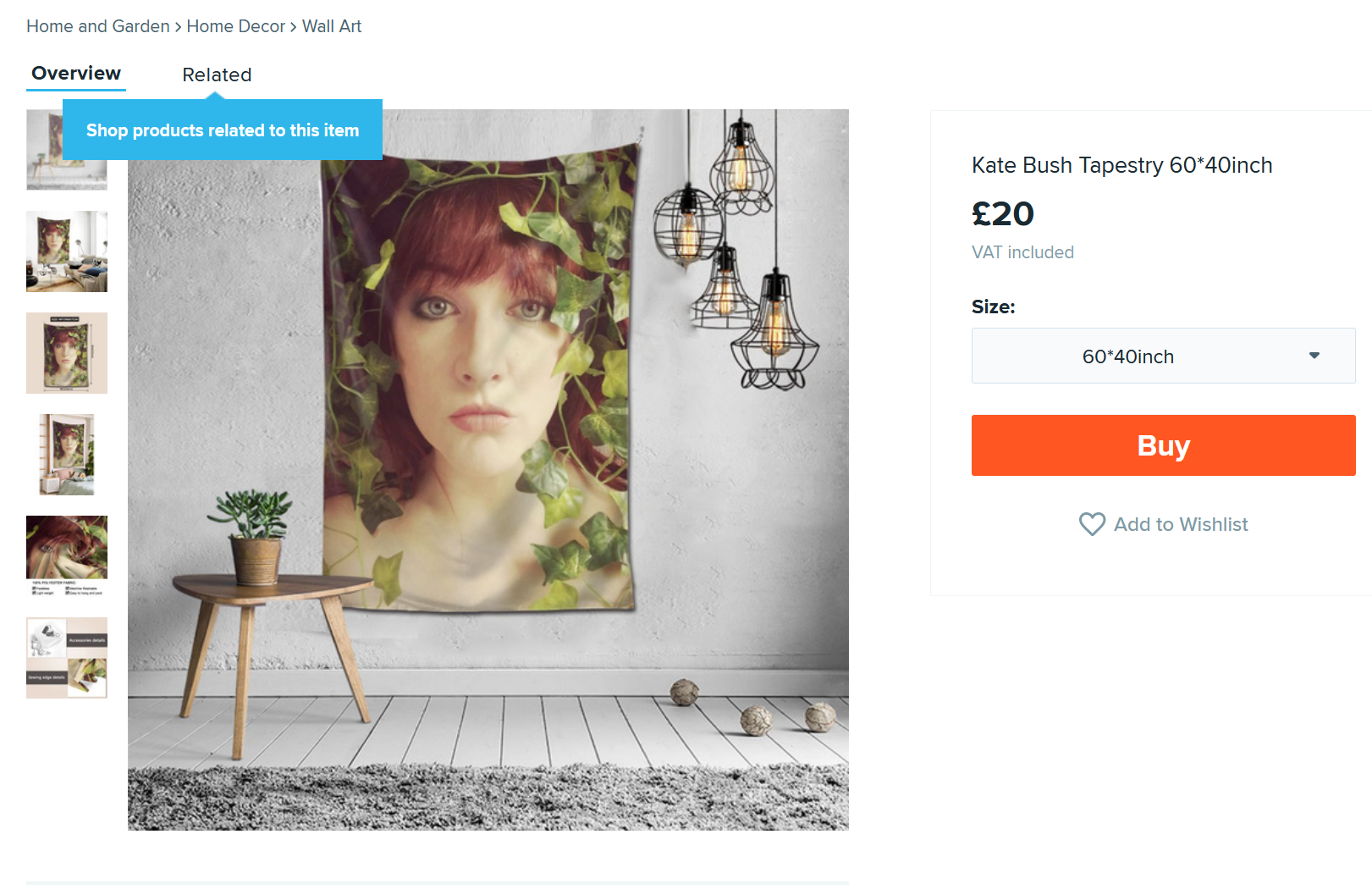 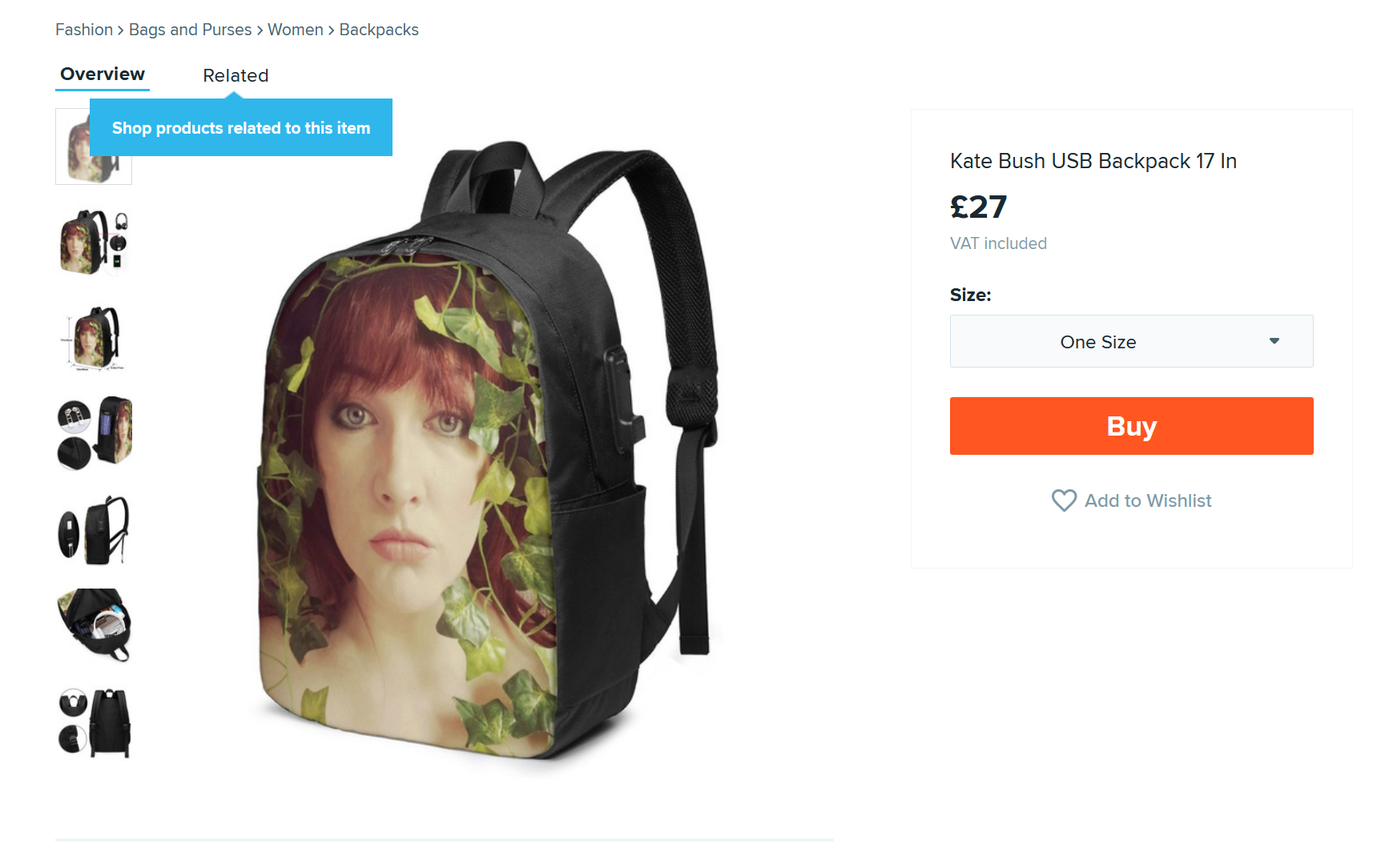