In August 2019 the former glamour girl, 42, revealed gruesome bloodied stitches on the side of her face after having a painful skin tightening procedure. 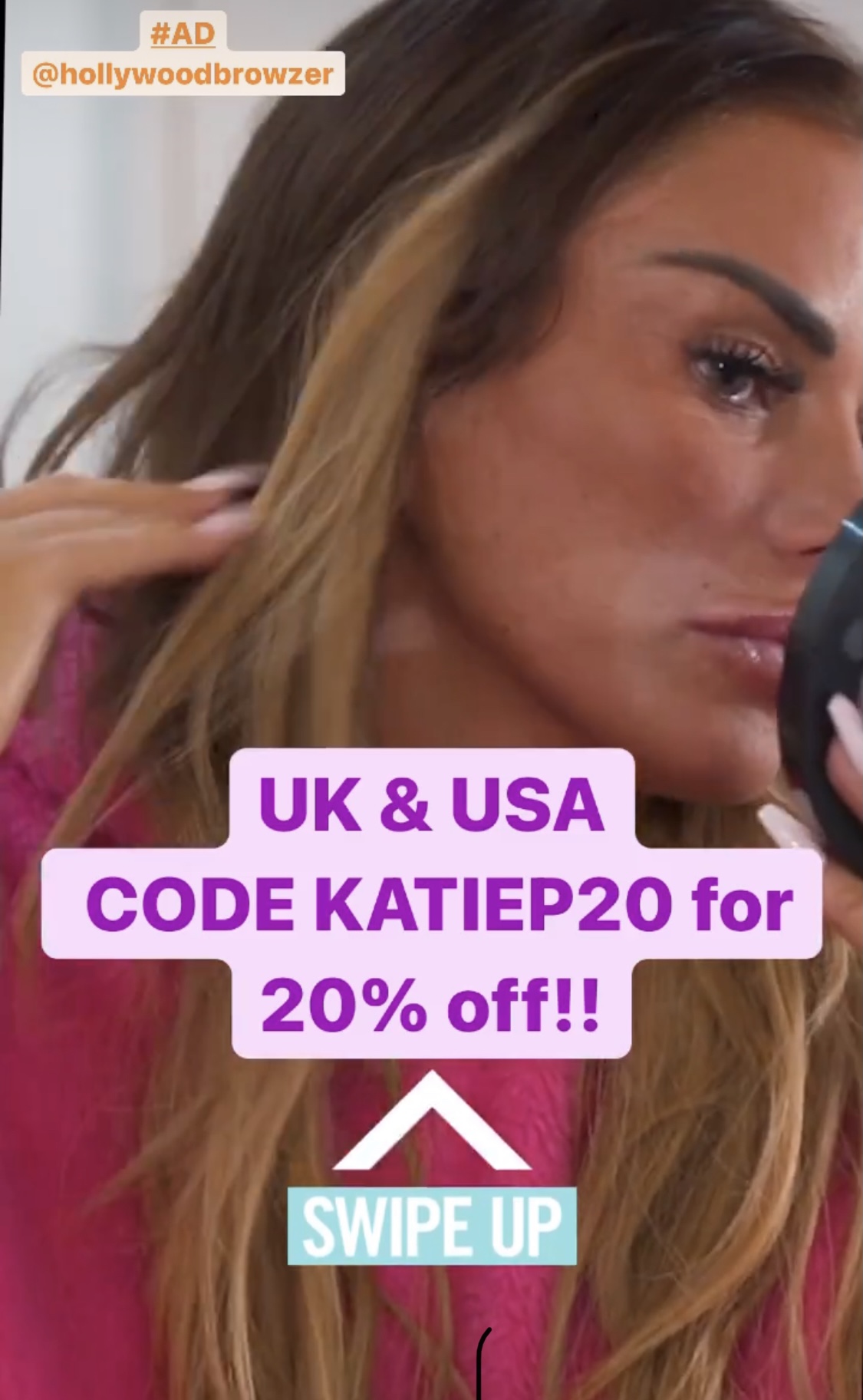 Today, during a demonstration for a dermaplaning wand she was plugging, you could visibly see the white scars that have been left following the face lift in Turkey.

As she pulled back her locks to show how the wand worked, they could be seen around her hairline.

The mum-of-five risked her life by getting another face and eye lift in Turkey last year – just three months after her last round of operations.

She also had her boobs reduced to a D-CUP and her bum lift reversed. 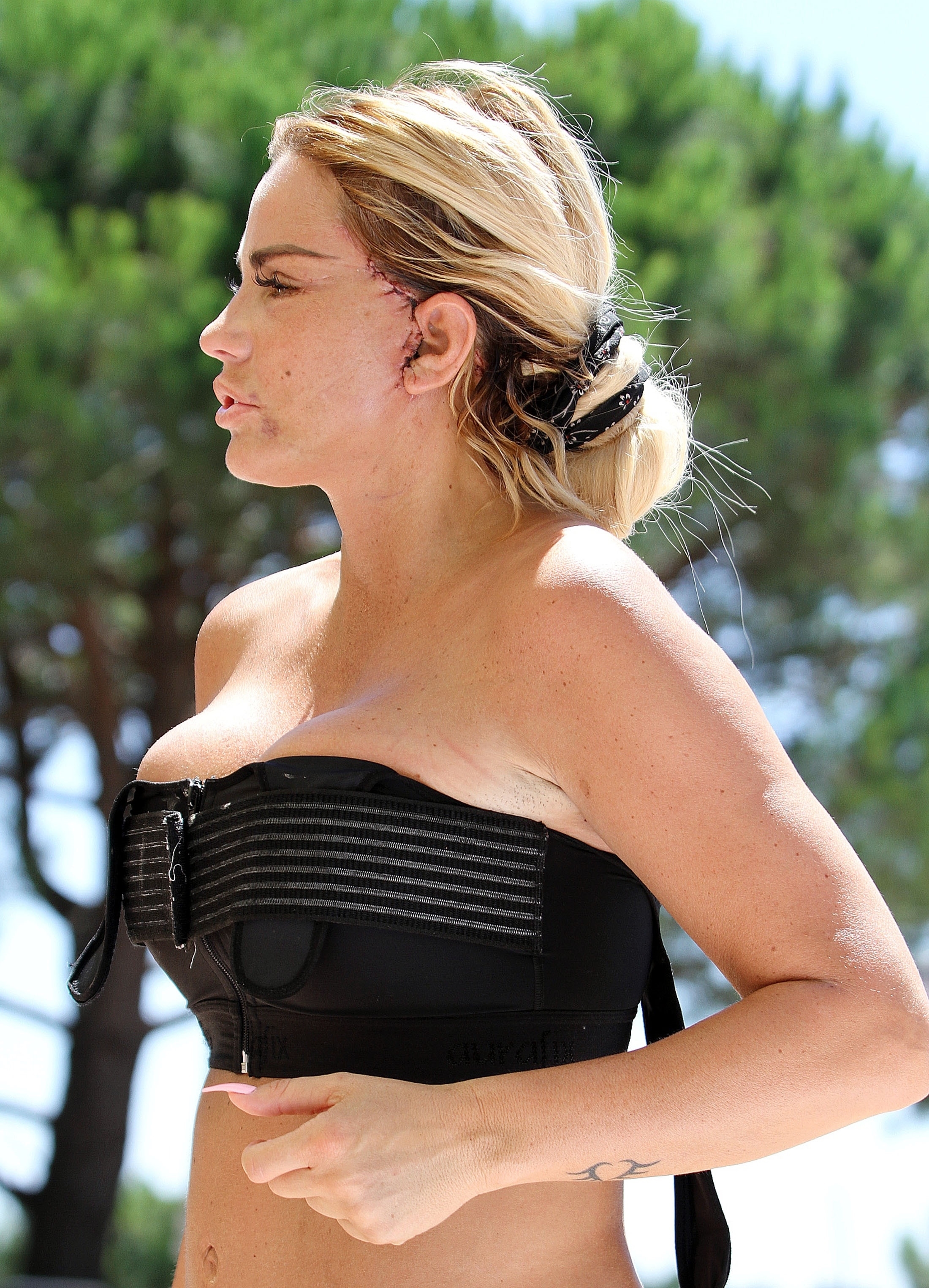 The road to recovery for the reality star was painful, with a source revealingat the time that Katie regretted getting the additional cosmetic work done.

The insider told The Sun: "Katie could barely speak after her surgery, but when she did manage a few words she seemed totally beside herself.

"It's clear she's regretting her decision already. With the amount of pain she's in, even she realises she's gone too far this time."

Katie has always been very honest about the multiple cosmetic procedures she's had done. 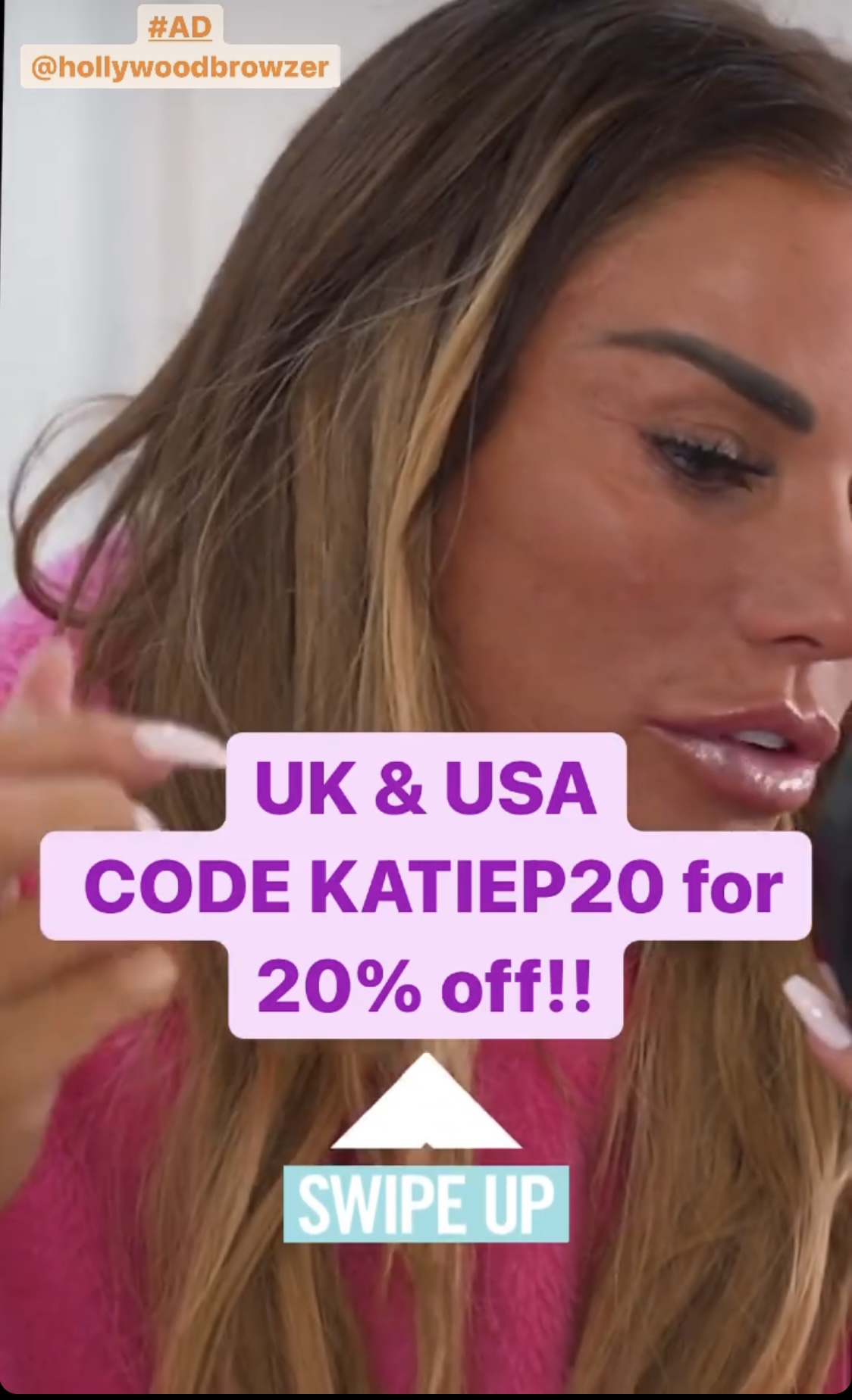 Since then she had several operations, which has included liposuction, a bum lift and face lifts.

Katie also famously has expensive veneers for her teeth, and recently revealed what her real gnashers looked like before the fake ones were put in.

Katie meanwhile admitted last year that she will "never stop" having plastic surgery, insisting that she is on a mission to be "perfect".

Speaking to The Mirror's We Love TV magazine, Katie said: "I love seeing results after surgery and I will always want to change something else. 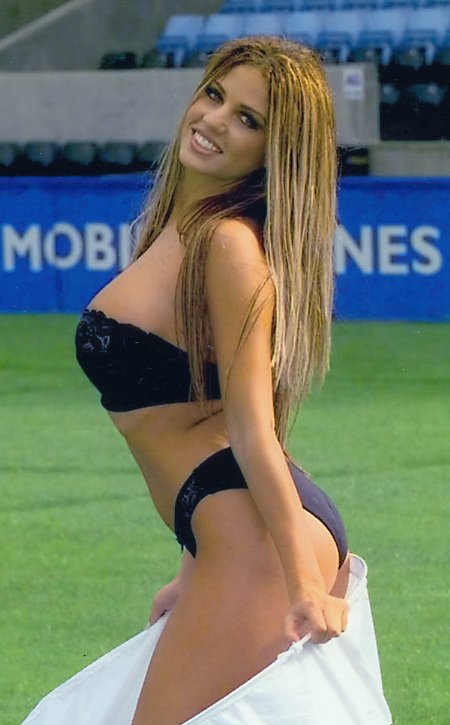 "Doesn't everyone? I love it!"

When asked if she will ever stop having surgery she replied: "No! Haha."

She added: "I am trying my best to enjoy being the best version of myself. I just always want to be perfect."