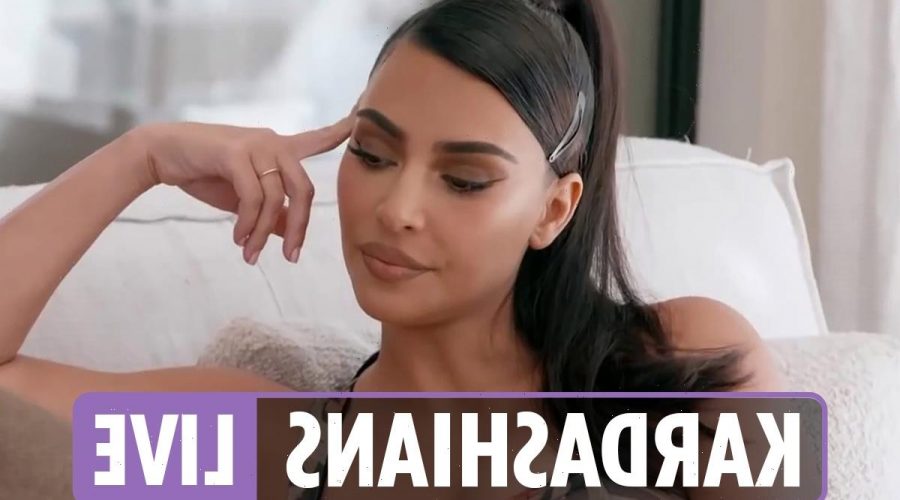 AN EMOTIONAL Kim Kardashian revealed Kanye's gift of a hologram of her late father convinced her to take the bar exam again on tonight's episode of Keeping Up With the Kardashians.

In tonight's, the Keeping Up With The Kardashians said that after months of studying “10-12 hours a day,” she did not pass the difficult legal test.

However, she said after seeing her late father, Robert Kardashian Sr., speak to her about law in a hologram gifted to her from Kanye, she "knows" she has to continue pursuing her legal dreams.

Earlier in the episode, Kim discussed whether or not she wanted to pursue this career path with sisters Khloe and Kourtney Kardashian as the trio sat together in the living room.

Though the upcoming episode seems to tease the SKIMS founder is done attempting to become a lawyer, a source close to Kim told The Sun that her dream is still alive.

“Kim has not given up on her dream of becoming a lawyer,” the insider said.

However, they revealed that this was: “Obviously this was a big set back."

“And with all her personal life events going on, her plans were pushed back six months to a year. But she still plans on pursuing this.

"She is preparing now to take it again this summer when the next test is scheduled.”

Read our Kardashian live blog below for the latest news and gossip...