Already, viewers are looking towards the final episode of Season 2 of History Channel’s Knightfall. The previous episode saw Landry (Tom Cullen) and his fellow Knights Templar being burned alive at the stake.

Fans are now desperate to find out if they will be rescued in Episode 8. While this question is quickly answered in the Episode 8 trailer, it also hints at the potential death of one of the Templars.

Over the last couple of episodes of Knightfall, the build-up to the devastating Friday the 13th has been growing. Then, Episode 7 of Knightfall Season 2 saw King Philip IV of France (Ed Stoppard) take the Knights Templar into custody as an inquisition is called regarding charges of heresy laid against the religious order.

King Philip had the Templars tortured not only for confessions but because he wanted to know the location of the Templar riches. When he couldn’t find out where the gold was hidden, he decided to burn them all at the stake.

Episode 7 then concluded with what appeared to be the imminent deaths of Landry and his fellow brothers. 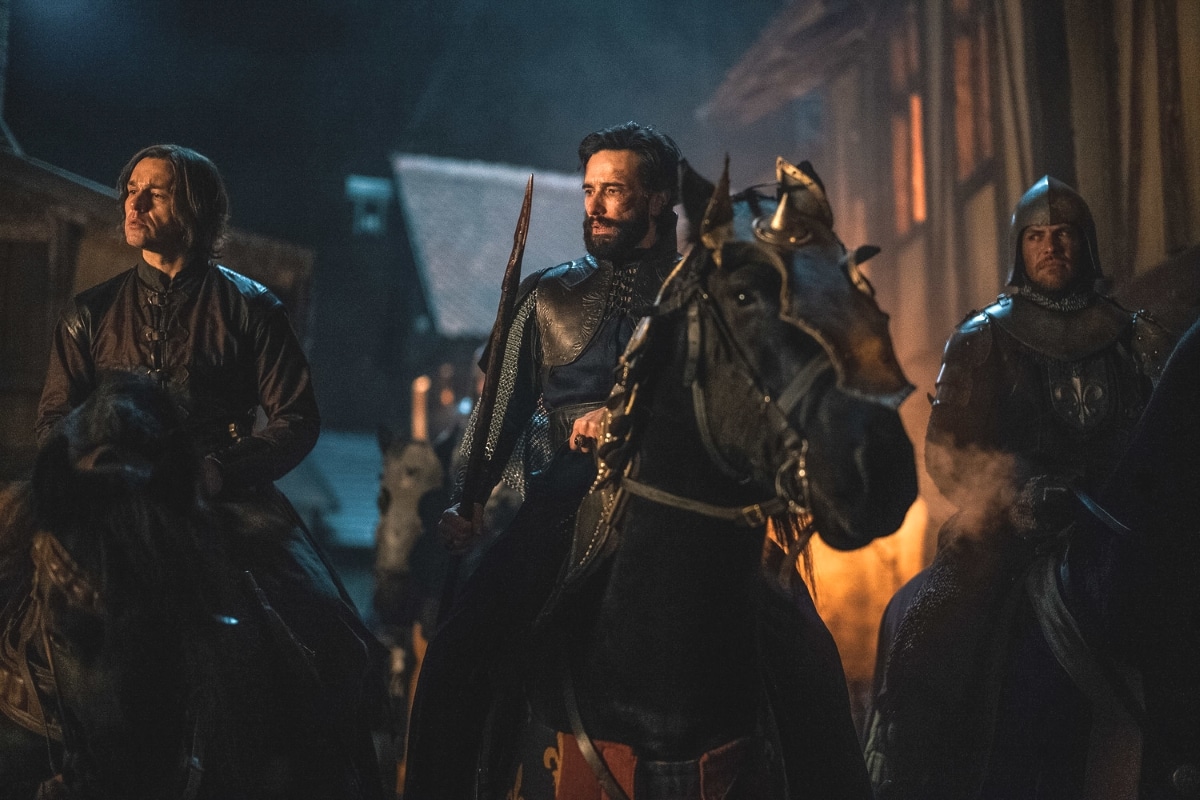 However, the trailer for the Season 2 finale of Knightfall shows Talus (Mark Hamill) arriving to attack King Philip and appears to free the remaining Knights Templar.

While this moment isn’t shown exclusively, the trailer for Episode 8 does show discussion stating that the Templars “remain at large,” indicating they were saved by Talus.

This may be exciting news but, as Business Times points out, while Talus may have been successful in freeing the Templars, it may have cost him his own life.

In the Episode 8 clip, Talus is seen, sword in hand, saying presumably to Landry that he’ll “delay them long enough” so that they can escape.

This is no guarantee that Talus will die while allowing others to live. However, viewers know from an earlier conversation had with Landry that Talus is terrified of being held in captivity again.

If this is the case, he could, potentially, allow himself to be overcome and killed rather than suffer torture at the hands of King Philip.

Of course, viewers will not know for sure until they tune into Episode 8 of Knightfall Season 2 on Monday night.

You can view the trailer for the Season 2 finale episode of Knightfall below.

History Channel lists the following synopsis for this episode.

“The death of the Knights Templar Order is imminent as Landry and his Templar brothers are sentenced to burn at the stake.”

Knightfall returns to the History Channel with Episode 8 (titled “While I Breathe, I Trust The Cross”) on Monday, May 13 at 10 p.m.