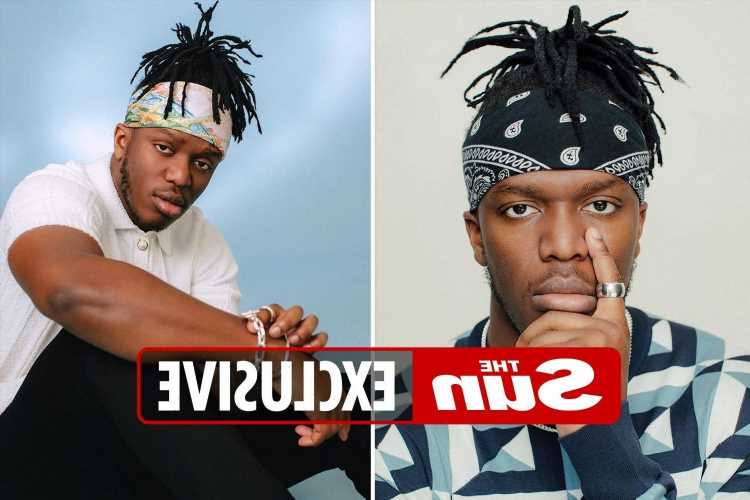 RAPPER, boxer, YouTuber, reality telly star . . . KSI is a man of many talents.

Endlessly creative and likeable, he succeeds and entertains in whatever he does. 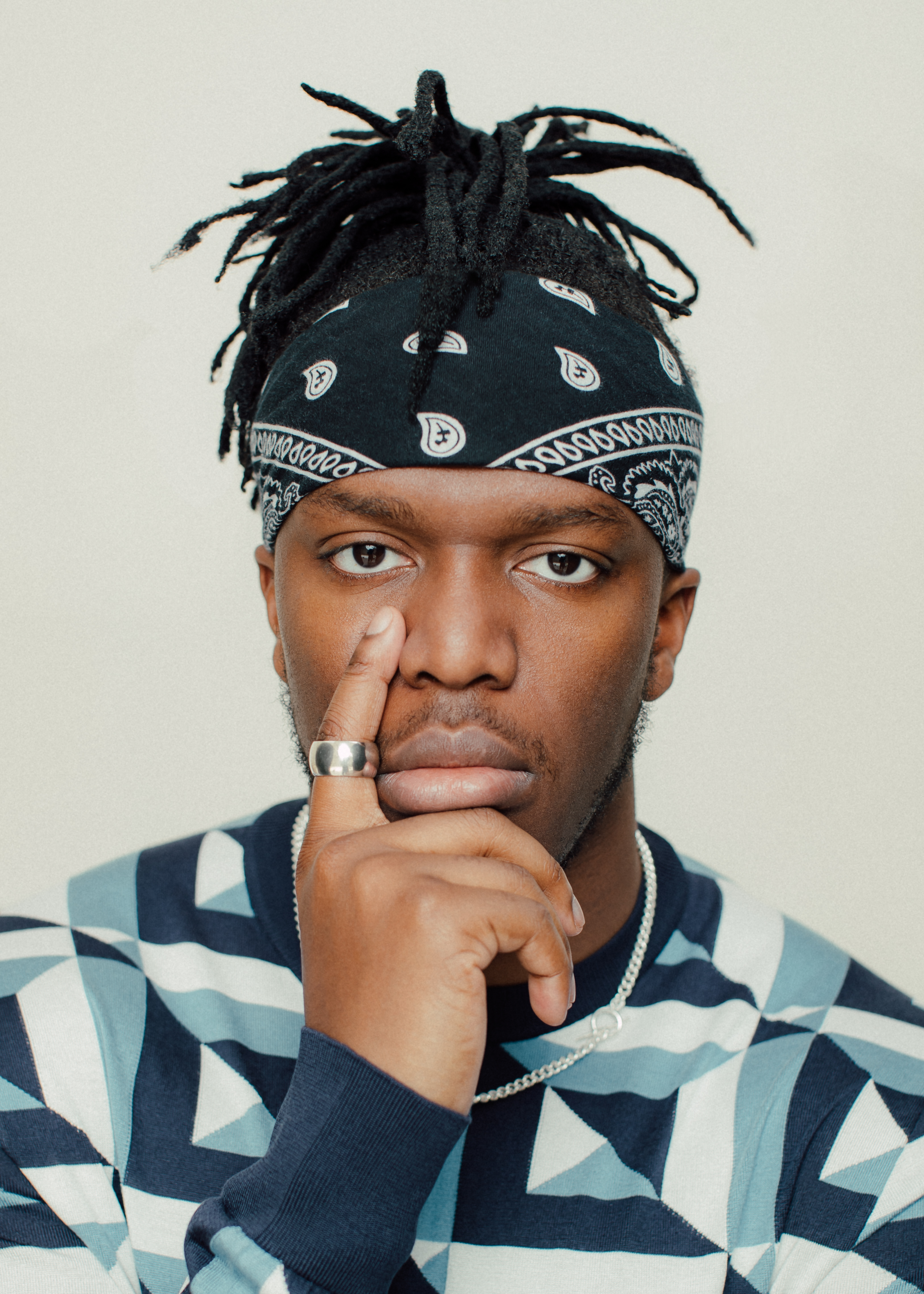 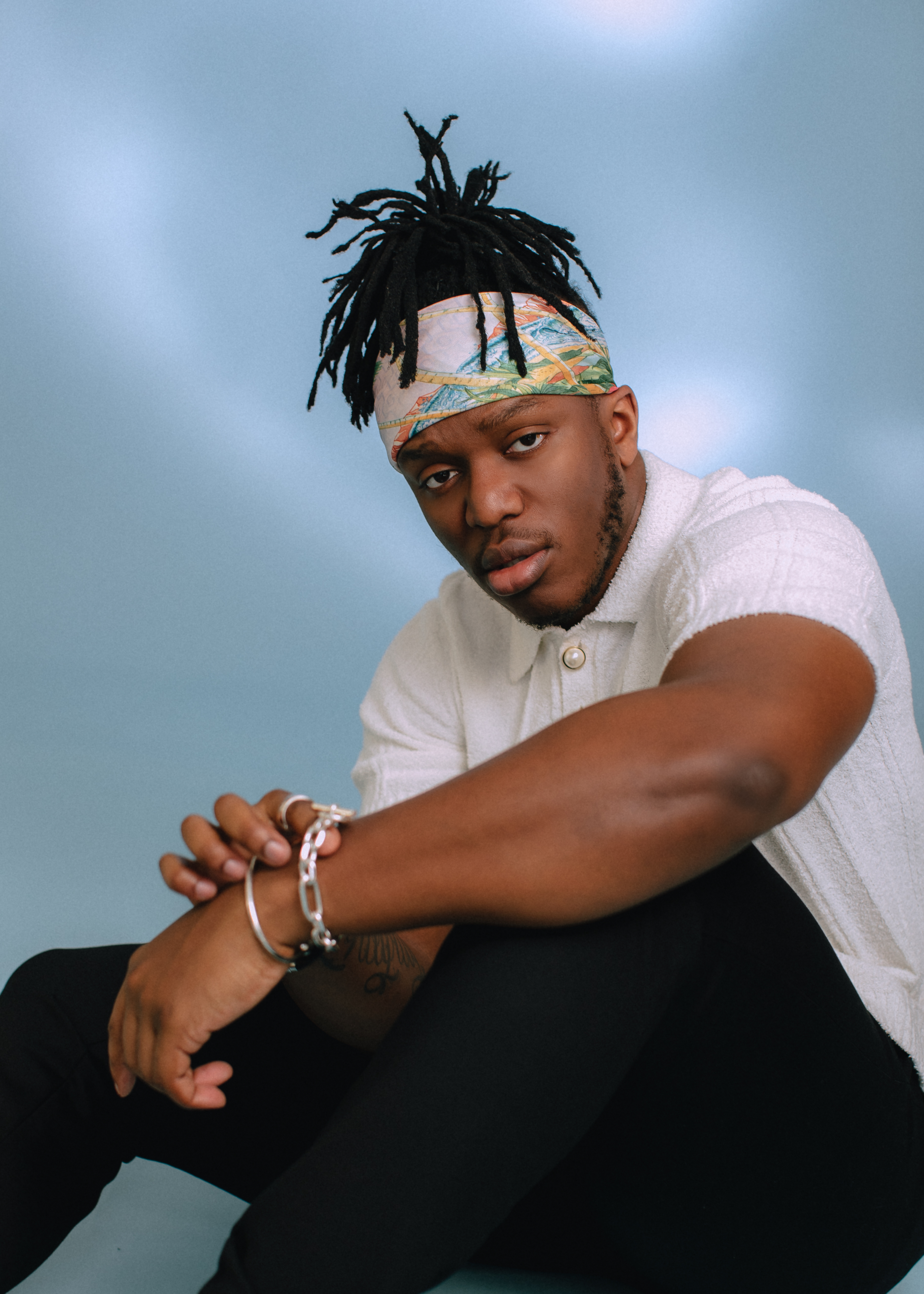 But KSI insists he got where he is through hard work and learning from his mistakes.

A passionate Gooner, he was in the crowd for last Sunday’s Euro 2020 final, and witnessed Arsenal star Bukayo Saka’s heroic penalty heartbreak against Italy.

“I messaged him on Instagram,” says KSI, who has 9.7million followers on the social media platform.

The 28-year-old, whose name stands for “knowledge, strength and integrity”, adds of the Three Lions: “We definitely delivered. Unfortunately, we didn’t come out victorious. Congrats to the Italians but I’m so proud of the English players.

‘I have an ego but also people who tell me No’

“For us to reach the final — our first since 1966 — is incredible and it excites me for what’s to come.

“I know England are going to continue to do well. We are definitely a force to be reckoned with and I’m sure we’ll eventually get some silverware.” 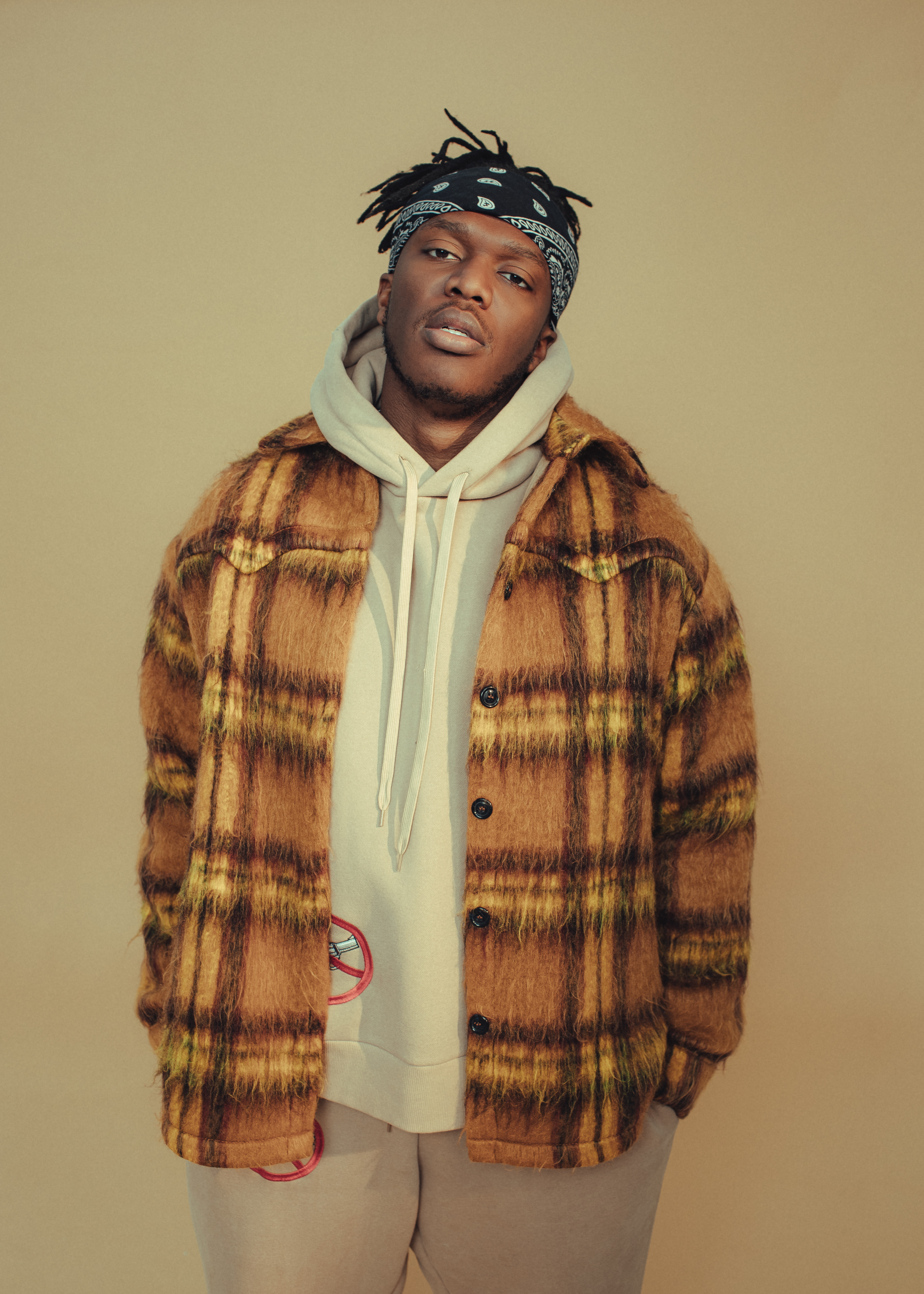 KSI — real name Olajide Olayinka Williams Olatunji, or “JJ” for short — today releases his second album, All Over The Place.

It confirms his status in music alongside his other endeavours.

Chatting from his London home and wearing his trademark bandana, KSI is warm and friendly.

He first made his name reviewing video games online and is one of the country’s richest YouTubers, with an estimated net worth of £16million.

His 2018 boxing fight against US YouTuber Logan Paul, in Manchester, was streamed live by 2.25million fans. That ended in a draw but KSI won their 2019 rematch — their professional debuts, wearing no head guards — at LA’s Staples Center.

KSI was trained by Jeff Mayweather, uncle of ring legend Floyd Mayweather — not bad for someone who first donned the gloves just a few years before.

Though a man with fingers in many pies — he made his name on Celebrity Bake Off with a disastrous cherry lattice effort — his focus is now firmly on music, with a credible second album.

He says: “With All Over The Place, I really pushed myself to the limit with all the types of beats and music I’m into.

“Whether it was me trying a dance or an acoustic track, or something poppy, drill or afrobeat, I wanted to see what I can do and see how it worked with my own spin on it.

“It’s not just a carbon copy of other people. I definitely have achieved something greater than I thought I could do.”

Ambitious but not big-headed, KSI says he is always trying to improve in every aspect of his music and life.

He tells me: “I always feel there is no ceiling. You always have to push yourself to the limit. Once you’ve reached a limit, you can push even more. I’m always just trying to be the best I can.

“I definitely have an ego but I feel like the people around me squash the idea that I think I’m the greatest thing of all mankind.

I definitely have an ego but I feel like the people around me squash the idea that I think I’m the greatest thing of all mankind.

“It’s good that I have people around me who ground me.”

KSI overcame a rollercoaster start to his career in 2013 after he made lewd comments to women in a video filmed at a gaming convention and was accused of trivialising rape.

He says: “I was young at the time and quite naïve. I didn’t really understand the whole world.

“I was in this bubble with an audience rooting for everything I do. If I did something, this audience would go, ‘Yeah!’

“I was doing all these outrageous things and people were just loving it and accepting it. Then I got to a point where I got bigger and people outside of my audience were starting to look in.

“I was called out and then it was a shock to the system, because I realised this world is way bigger than I thought it was. It made me realise the errors of my ways.

“I didn’t really understand the internet. I was thrown into this YouTube thing. But I’ve learned and I’ve realised I’m a role model and so I always try to do things to the best of my abilities. I have young, impressionable fans and I try to show them that through hard work, you can become whatever you want to be.

“Always follow your dreams and make sure you’re happy, no matter what.

“I’m always trying to push this good narrative but obviously I’m going to make mistakes. I’m human. No one is perfect. I always try to be the best I can. Whenever someone tries to troll me or get under my skin, I just laugh it off.”

He says: “I was stepping my toes in the water with my first album, just trying things out and I enjoyed the experience.

“It was cool.  I have a high standard and if a song isn’t good enough, it goes. I’ve made several songs where I’ve just scrapped them. I want to make sure that whenever I put stuff out, people go, ‘Woah, this is incredible!’ And I’d love this to get to No1.

“I’ve had an album and recent singles at No2 and No3 but there’s always like someone like Olivia Rodrigo and Ed Sheeran blocking me from No1.

“I’m happy to be among those artists, anyway.”

KSI says: “With Craig, I didn’t expect him to want to do the track with me because I was ‘that YouTuber doing music’.  But he heard the track and thought it was insane.

“We sent him Really Love because the beat was quite garage and we thought it would be perfect for him.

“We worked on the track by messaging each other through WhatsApp. He’s cool.

“With Yungblud, he’s a lively one. He’s talented too, which is really dope. It was good to bring my world and his world together and create Patience, which is an awesome track.”

But KSI is proudest of the solo tracks.

He says: “I worked on my singing and on different types of flows. I had different beats and I was just trying different things and eventually came through with this album where it was just, you know, all over the place — because this is me really experimenting.

“My friend Sam (Gumbley, aka producer S-X and KSI’s Celebrity Gogglebox partner) helped me with the singing just to try and make it as good as possible.

“He came through with tracks like The Moment and No Time. I start off the album with Moment.

“This was really me trying to showcase how much I’ve improved since Dissimulation.

Having also worked with AJ Tracey and Lil Pump, KSI says he is an “open book” when it comes to collaborations.

He explains: “I work with new and old people, it’s all about the music.

“If I wanted to work with Adele but the track was a drill track, then I know that’s not going to work.

“With (guest singer) Gracey, she was in the room when I was making the beat with Toddla T and she came through with a harmony which I thought was dope.

“I wrote the lyrics for Rent Free in the studio then she started singing the chorus. It was easy-peasy.

“It’s all about the music for me. I don’t care if I were to work to Drake or an unknown artist, if the music bangs, then I’m happy.”

Recent single Holiday was influenced by KSI’s girlfriend, whom the star credits as “never being afraid to call me out on my BS”.

He says: “She’s great and I’m lucky to have someone like her. She’s not afraid to tell me straight, which is needed.

“It’s not healthy. She loved the song and the sentiment of it but she thought the video was hella cringe.”

Recent single Holiday was influenced by KSI’s girlfriend, whom the star credits as 'never being afraid to call me out on my BS'

The other woman in KSI’s life, his mum, has finally come round to her son’s career choice after believing he had thrown away his private-school education.

He says: “She loves what I do — now! She’s so proud but we had plenty of arguments when I first started as a YouTuber.

“She is a typical African mum and wanted me to be a lawyer or a doctor. So for me to give it up to be a YouTuber drove her insane. There was plenty of rows.

“But once she saw the money and saw I was OK, now she is so proud — especially now I’ve been able to buy her things.”

With the lockdown starting to ease and the album out today, KSI is looking ahead.

“I’ve got my sold-out tour at the end of the year and a lot of festivals that I’m excited about — and maybe another boxing fight at a certain point. And something with the Sidemen,” he adds of his old YouTube group.

“I have The KSI Show coming out tomorrow, which pretty much brings boxing, YouTube, acting and music all together into this one piece of content for people to watch online.

“I have a camera following me from my bedroom to where I am today and there’s people who have influenced my life in there like Logan Paul and Jack Whitehall and musicians like Craig David and Anne-Marie and even Jonathan Ross is in there. I can’t say too much, as it’s a surprise.

“It’s a great piece of entertainment and there are several funny and cool moments.

“People are gonna watch it and think it’s incredible because no one’s done anything like this.” 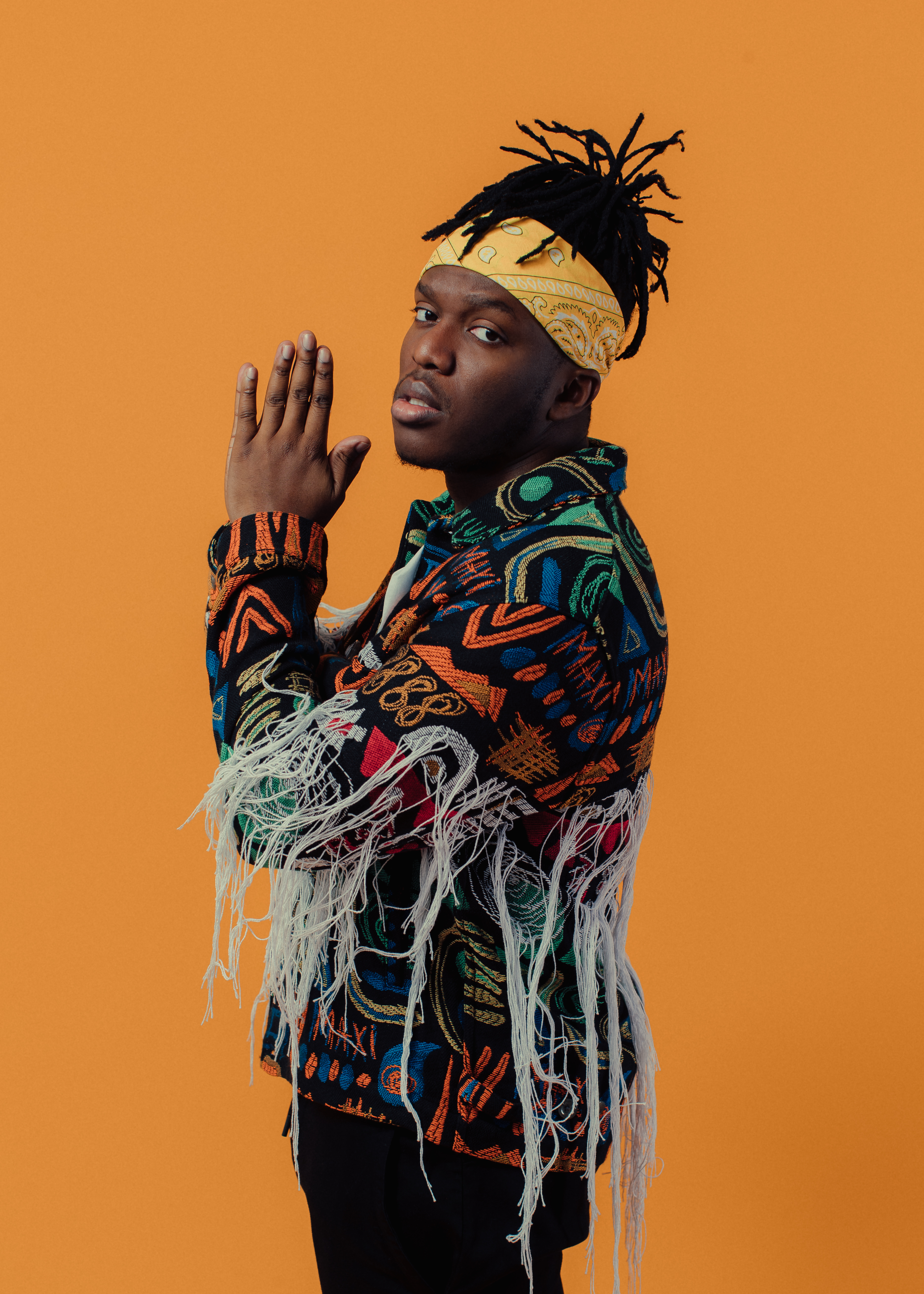 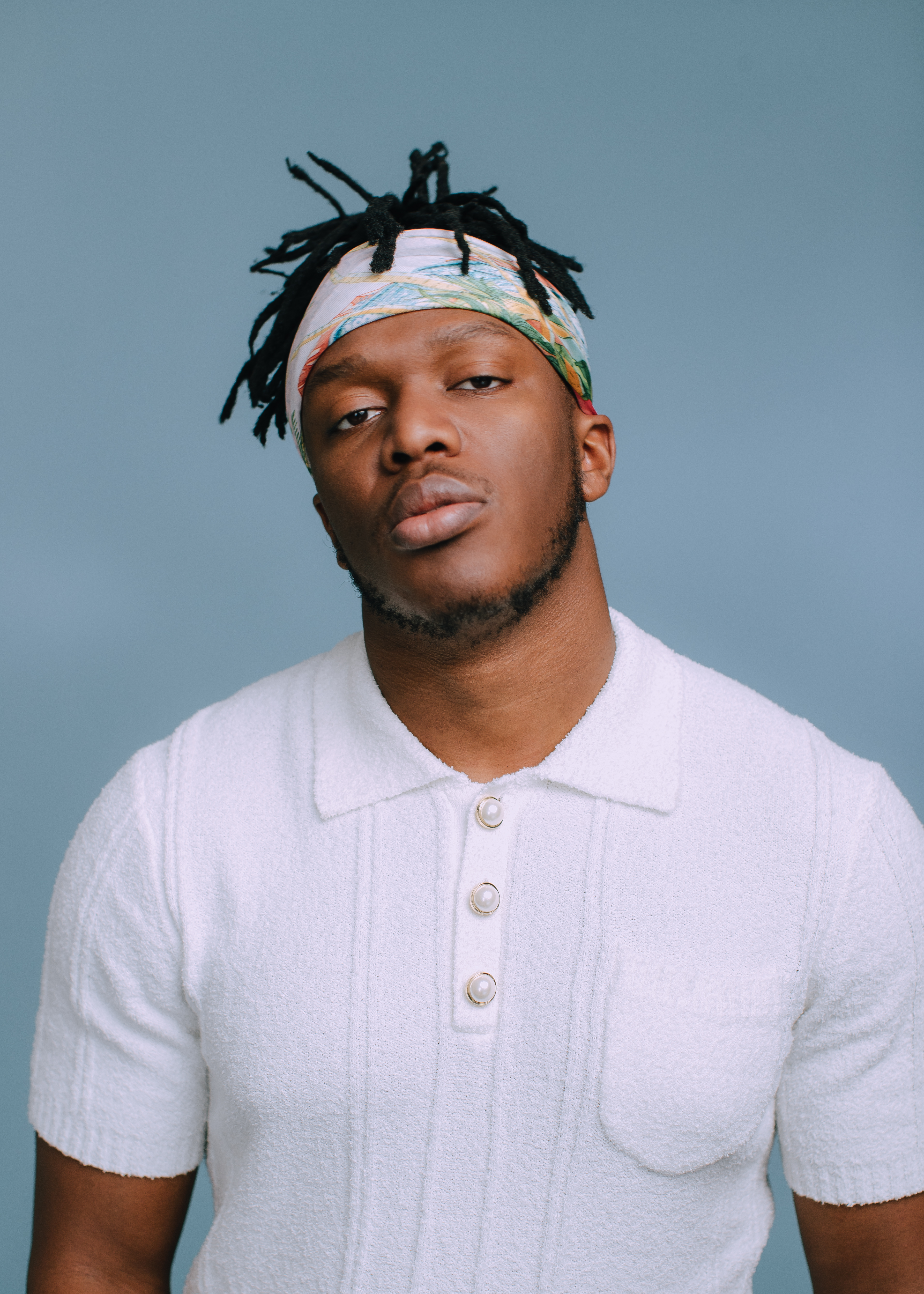 All Over The Place 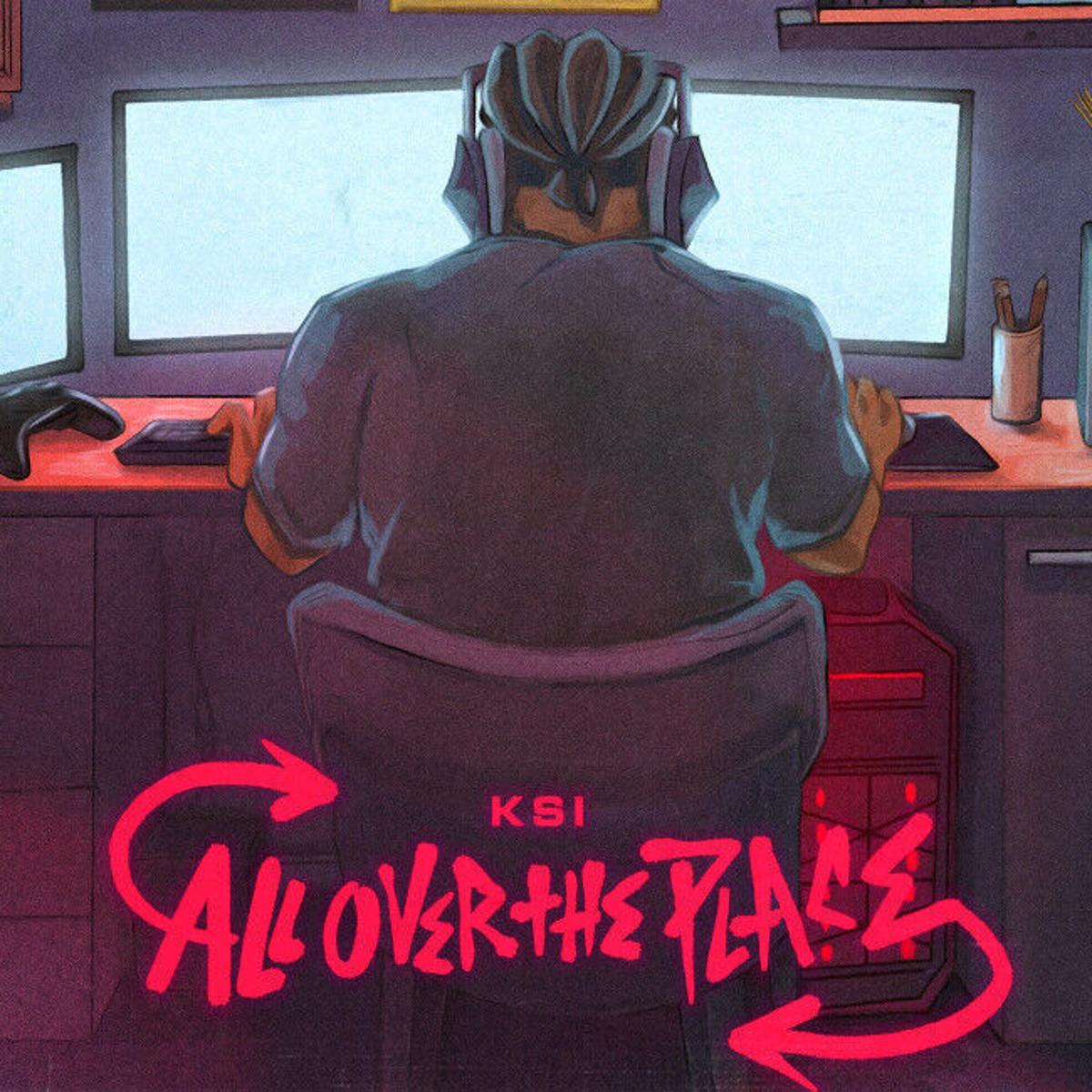