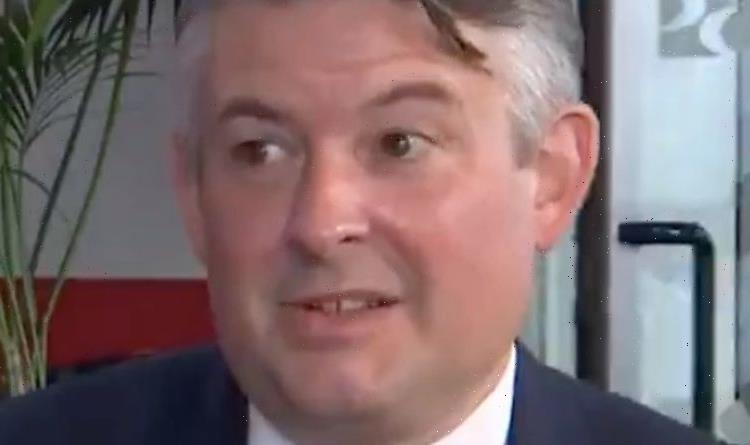 Shadow health secretary Jon Ashworth has been slapped down by Twitter users for suggesting that ministers “need to look at” giving key workers priority access to fuel amid fuel crisis in the UK. It came after the lack of fuel and diesel issue prompted panic-buying amid fears of a driver shortage would hit fuel supply.

Speaking on BBC Politics, Jon Ashworth said: “I’m sure that Keir Starmer will be saying more about it today and tomorrow there is a big speech tomorrow as well.

“But it will be an absolute disaster Ii nurses and midwives, doctors cannot get to the bedsides of their patients.

“My God, ministers need to get a grip.”

The host then asked: “In terms then of what you’re going to do to progress this.

“There are already complaints from health workers that they can’t get to work and care workers.

“Do you think there should be more intervention by the opposition-more muscular on this issue?”

Mr Ashworth replied: “Well yes, I mean, one of the issues I think, is that, sort of, this was at this conference.

“If we were not at conference we would all be in Parliament dragging ministers to the Commons to answer for this.

“Ministers would be going around broadcast studios answering that.

“I think you’re right, we do need to focus on this because I’m very worried about what this means for the delivery of healthcare.”

Graham Griffiths penned: “The fuel crisis has absolutely nothing to do with brexit or the driver shortage. The tanks at the refineries are full.

“It’s NOT caused by the driver shortage, the tanker drivers who were delivering last month are still delivering today. Its caused by media reporting irresponsibly.”

While Malvina Bairn from Scotland wrote: “I’d have more time for the Labour Party if they actually said do you know what, there’s a current crisis, let’s cut short this conference & get back to parliament (or constituencies) & do our absolute utmost to help struggling folk across the U.K. but no let’s naval gaze instead.”

A user called AZE wrote: “Nearly everyone is a “key worker” but the solution shouldn’t be “people against people”.

“It should be the government taking a leadership role and bringing their latest crises to an end.”