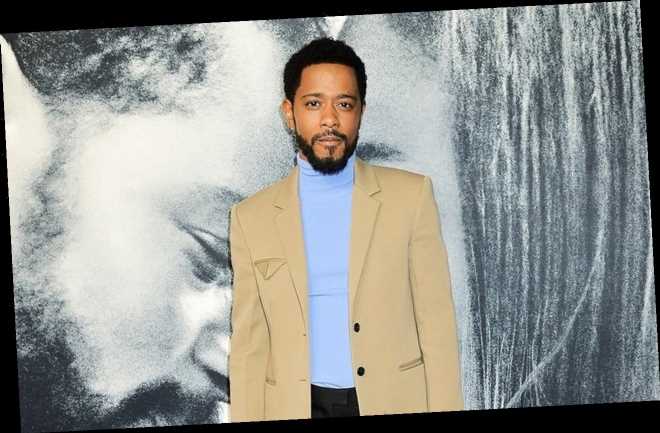 The ‘Judas and the Black Messiah’ actor is not really keen about the upcoming Academy Awards as he weighs in on the Oscar controversy in a deleted Instagram post.

AceShowbiz -Oscar-nominated actor Lakeith Stanfield appeared to reveal his true feelings about the Academy Awards on Monday night (29Mar21) as he wrote that “no-one cares” about such honours during the Covid-19 pandemic.

The actor is up for the Best Supporting Actor gong at this year’s Oscars for his work in “Judas and the Black Messiah“. But as he weighed in on Instagram about an article on Deadline, which stated that bosses are considering letting nominees appear at the ceremony via Zoom after facing backlash for their policy that everyone must attend in person, Lakeith wrote, “No one cares lmao (laugh my a*s off).”

In the comments section of the post, the 29-year-old actor added, “Real stuff is happening. Who cares about awards.”

His remarks have since been deleted, but a screenshot is circulating on social media.

Lakeith is up against Sacha Baron Cohen, Daniel Kaluuya, Paul Raci, and Leslie Odom Jr. in the supporting actor category.

Meanwhile, the nominations were led by “Mank“, a biographical drama film about screenwriter Herman J. Mankiewicz.

The black-and-white film collected a total of 10 nods including Best Director for David Fincher, Best Actor for Gary Oldman, and Best Supporting Actress for Amanda Seyfried.

The movie based on a screenplay by David’s late father Jack Fincher is also vying for the most coveted Best Picture title. It’s pitted against “Judas and the Black Messiah”, “The Father“, “Minari“, “Nomadland“, “Promising Young Woman“, “Sound of Metal“, and “The Trial of the Chicago 7“.