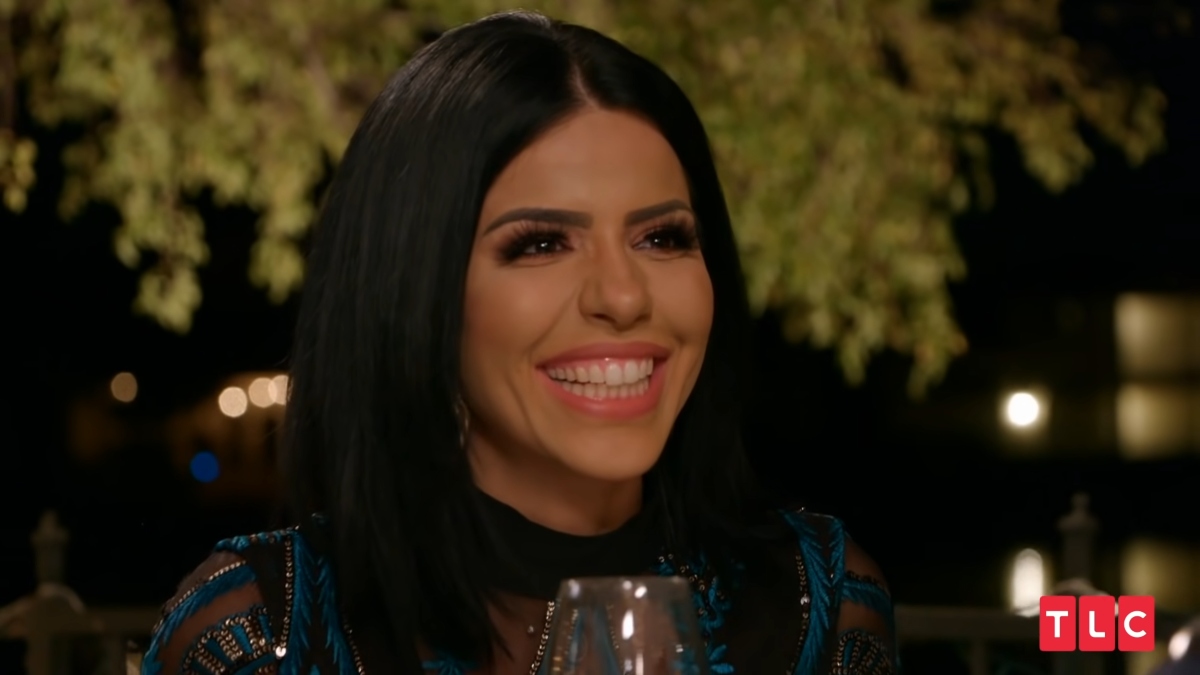 Larissa Lima had a lot of work done on her body and face this year and now, the 90 Day Fiance star wants her fans and critics to know that she has paid for it all.

On Happily Ever After?, we saw Larissa ask her boyfriend, Eric Nichols, for a loan so that she could get a nose job and breast implants. And while Eric insisted that he loved her exactly the way she was, he ponied up $30,000 so that Larissa could get that work done, citing the expense as an “investment.”

It turns out that Eric’s investment did pay off, or at least it was paid back, and it didn’t take Larissa much time at all.

Larissa has been showing off her new body as she launched her own OnlyFans account and even did a CamSoda show in a g-string, which left very little to the imagination.

But now, the Brazilian beauty wants to make it clear that she is not in debt after having all this plastic surgery and that she even paid for additional procedures on her own.

In an interview with Life & Style, Larissa opened up about all the changes to her figure since having breast implants, liposuction, fat transfers, and a host of other procedures.

“My bra size was 34A and now it’s 34 double or triple D. I am very happy with the results. When I went to Victoria’s Secret I could fit into double D or triple D but the one I chose was triple D,” Larissa said.

As 90 Day Fiance fans might recall, when Larissa was trying on implants at Dr. Lane Smith’s office, she wanted a DDD but Eric and the doctor both felt that DD implants were more than big enough.

Now, there is no question, when looking at Larissa Lima’s petite frame, that she had breast implants done. That’s not a bad thing as far as Larissa is concerned though, as she has said a few times now that she likes that “fake” look.

Eric Nichols is paid in full

In order to get her surgery journey started, Larissa took out a loan from her boyfriend Eric. She asked to borrow $30,000 and he only agreed as long as they had something in writing and she had to pay the money back with interest.

However, Larissa’s speedy payment means that any interest Eric may have collected would have been minimal.

Her reason for the loan, according to Larissa, is that she still wasn’t permitted to work in the United States, as she still had not received a work permit. So while she was waiting for that to happen, she had to borrow the money.

In the time since her first round of surgeries, Larissa has received a work permit and said that her work is on social media. She claims that she has earned $50,000 this year just from Cameo, which not only allowed her to pay Eric back but also to have more work done.

And for those who keep suggesting that Larissa should be spending her money on her kids and not on her body, it looks like that is going to happen if it hasn’t already.

When explaining why she had the work done, she said, “I want to look good for myself and to make money to send to Brazil and to make a living here.”

With her OnlyFans launch, it looks like the sky is the limit for Larissa. With her new body, she’ll likely have many opportunities to show it off. Knowing what other reality TV stars have made on the platform, there is no worry that she’ll be doing fine when it comes to making her own money.

Larissa can also look forward to a boost on Instagram because her following has grown significantly just during the month of September. According to Social Blade, Larissa has seen a huge uptick in followers. She has added almost 150,000 new followers in the past month, bringing her current Instagram follower count to 579, 000 at the time of publishing.

90 Day Fiance: Happily Ever After airs Sundays at 8/7c on TLC.

16/09/2020 TV & Movies Comments Off on Larissa Lima already paid Eric Nichols back, financed more plastic surgery on her own
Lifestyle