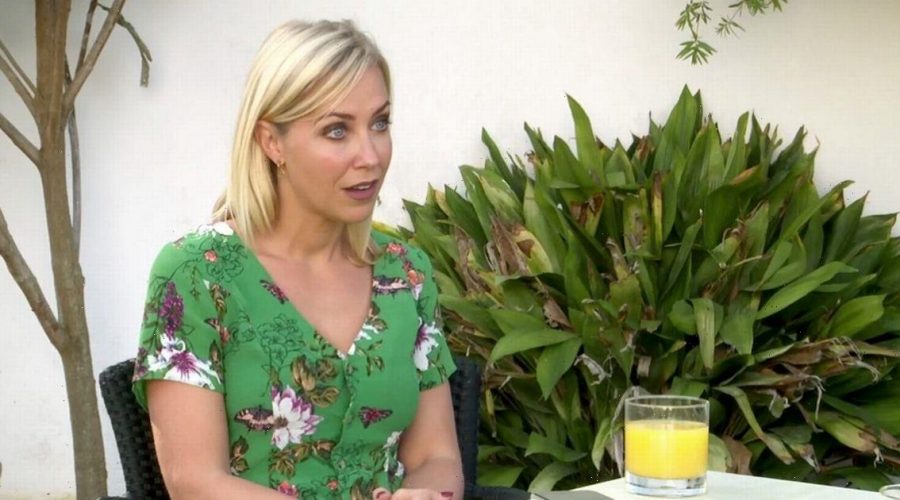 A Place in the Sun got a bit awkward when a beaming Laura Hamilton suddenly looked frosty after a property was dismissed.

In Tuesday's episode of the Channel 4 show (August 10) that first aired in 2019, Laura was searching for a villa for Veronica and Jude in Spain's Costa de la Luz.

The couple had a budget of £110,000 and wanted ample space for guests and a swimming pool as well as a location near the beach.

Laura managed to find five options for them to look at, and the third one in Chiclana de la Frontera had an impressive three double bedrooms and its own private swimming pool.

Veronica said it was "absolutely what we were looking for" and Jude described it as "on point".

The villa was on the market for £118,000 but Laura said the seller was willing to accept an amount within the couple's budget.

It was a short 15 minute drive to the coast, which was the compromise that made the property more affordable.

Taking in the pool, Veronica said: "I grew up having holidays on the beach but I think you can't beat having your own pool."

Laura was convinced she had a winner, with another villa also down as a contender, but was left disappointed at the end of the show when the couple wouldn't make any offers.

The excited presenter said: "I have absolutely no idea what you're going to do, have you come to any kind of decision?"

Jude said he needed to "up the budget a bit", indicating he wouldn't make any offers.

At this, Laura's expression dropped and she asked: "What is stopping you from moving forward with either of those properties then?"

Veronica said: "The villa was a tough one to completely rule out altogether.

"I have never seen a garden like that before with the mature trees and the pool, that was really special but it was the location for us."

The couple said they wanted to be within walking distance from the beach and so went home to rethink the budget.