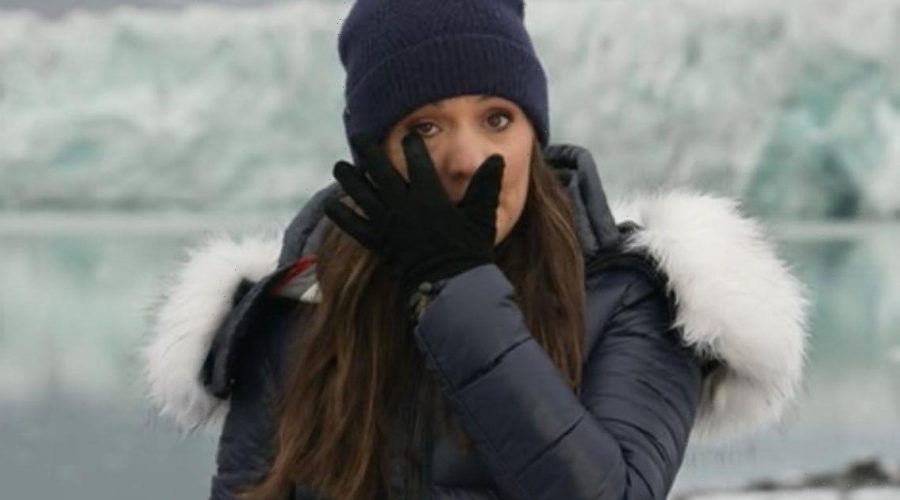 A GB News guest has mocked Good Morning Britain weather presenter Laura Tobin after she broke down in tears while discussing climate change as she reported from Norway.

Calvin Robinson who appeared on GB News as a panellist was in fits of laughter when he slammed GMB's Laura Tobin for crying on Tuesday's show.

On Dan Wootton's show, he invited his panel to discuss the Good Morning Britain weather reporter Laura Tobin and the way she broke down in tears over the melting ice caps in Norway on Tuesday.

Becca Hutson, Dawn Neesom and Calvin Robinson made up the panel who discussed Laura's emotional report.

Calvin was in fits of laughter as he branded emotional Laura's actions and tears as “performative nonsense”.

Laura was reporting from Svalbard in Norway on Tuesday (September 14), when she delivered her daily weather report before breaking down in tears live on the show.

The meteorologist had travelled afar to report on the impact that climate change was having in the Arctic and began crying when she started to discuss her daughter.

When shown the footage of the emotional weather presenter, guest on GB News began to laugh.

Dan asked: “Are you crying out of sympathy?”

Calvin laughed before saying: “What a performative sensationalist nonsense I'm crying at a picture of her bless her, outrageous, ridiculous.”

Calvin then added: “I'm sure her little girl is cute but come on.”

Dan said; “You said Laura is lovely so you say it.”

“No, she is lovely,” she said. “I don't think any news reporter, weather reporter should be crying live on TV.

“I mean unless you're actually witnessing Armageddon and dead kids before you like some of the reports from Afghanistan I don't think journalists should be crying on TV.

“It's not your job, it’s not professional and, Laura, bless her, flew there to make a report on climate change. Why would you do that?”

“Becca, did you love this?” Dan asked his GB News co-star.

“I think we should do it when we do our weather reports on GB News,” she said.