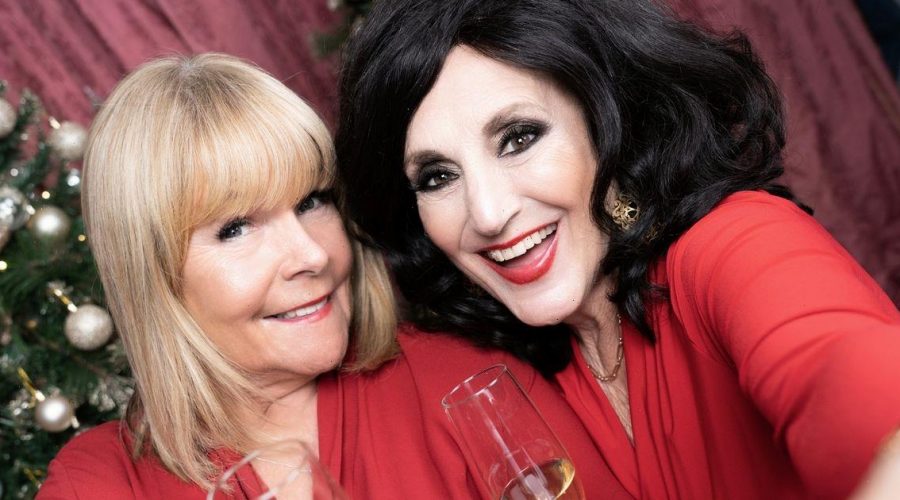 Loose Women star Linda Robson shared an awkward tale of when her former Birds of a Feather co-star Lesley Joseph had a blunder with her swimming costume.

The pair have recently filmed for the new series of Channel 4's Celebrity Coach Trip, in which the friends went on a trip to Portugal, Linda said at the Daily Mirror's Pride Of Britain Awards.

Linda exclusively chatted with the Daily Star and said that during a swimming challenge with the other cast members, Lesley started to feel unwell.

The Loose Women panellist explained: "I've just done Celebrity Coach Trip we were touring all around Portugal with Lesley Joseph.

"I can't tell you who won but there were Olympians and everything in there as well. The two old birds did well though, I tell ya…"

She then went on to say: "We were doing a synchronised swimming event and Miss Joseph had a funny tummy and so she goes into the changing room with her swimming costume on in one way, and then comes out with it on inside out."

It has not been confirmed yet when the new series will air, but fans will be sure to keep an eye out for the iconic duo on the hit programme.

This comes after she admitted that she was been given a swear jar by ITV bosses after she accidentally dropped the F-bomb live on Loose Women.

Linda, 50, slipped up and said "f***" accidentally when she thought they were still in rehearsals for the live broadcast.

Now producers have banned her from swearing in the studio – and introduced a swear jar to try and curb her use of obscenities.

She exclusively told Daily Star Online: "It was a genuine mistake. I was all shaken… and then I had to go back on air.

"Bosses sent an email round saying I’m not allowed to swear in the studio at all now and they’ve got me a swear jar."

The slip up came when the panel were discussing ITV's cash competition where one lucky viewer could win a million pounds.

As she wheeled a safe containing the cash into the studio alongside a security guard she began conversing with her co-stars.

Linda said: "Oh hello ladies. They've left me in charge of the prize – can you believe it?

"This is it! It's one million pounds right here in this trolley. It came straight from the ITV bank account this morning."

Linda then slipped up and let her colourful language flow as she exclaimed: "But how the f**k do I look at it?"