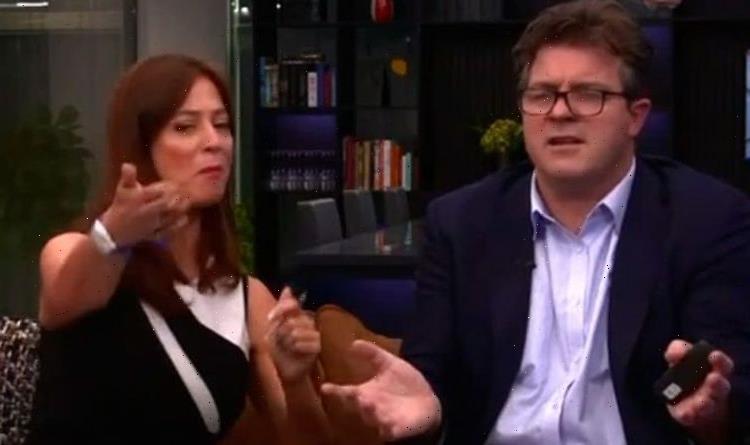 The GB News host appeared to struggle to understand concerns about the growing number of coronavirus infections amid a boost in routine daily testing. Liam Halligan clashed with Dr Simon Clarke as he insisted reports should clarify the increase in new Covid cases is the result of more tests being conducted to identify the infection. Mr Halligan said: “Surely, if we’re testing – we’re doing 600-700,000 tests a day now, back in May we were doing 50 to 60,000.

But Mr Halligan appeared undeterred, shooting back: “Every night, on the evening news, we hear there’s all these increasing cases.” 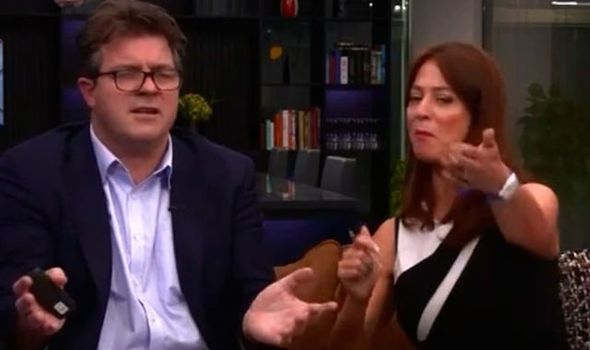 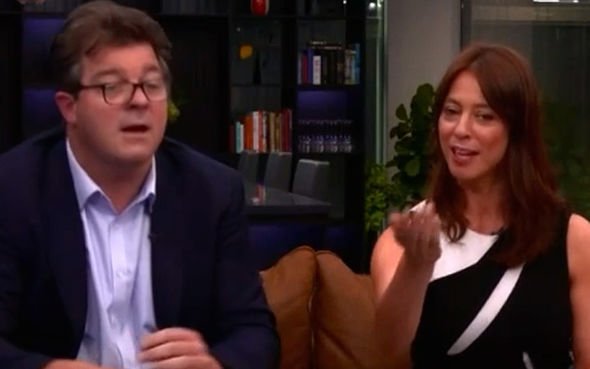 Ms di Piero intervened once again to urge “Liam, let Simon speak,” but was rebuked as Mr Halligan added: “We should say there are much more tests going on. There are 10 times more tests.”

Dr Clarke ultimately was able to respond, starting off with a slight dig at Mr Halligan: “There are but there is an allowance. And I think you do understand it if you’re a statistician, or at least you should do.

“My point about the vaccines is that the Government has a stated aim of vaccinating a certain number of people.

“I don’t think unless they start using AstraZeneca vaccines on those younger people, they’re just not going to have the RNA vaccines to cover that number of people before the autumn.”

The discussion came as Prof Chris Whitty warned Covid “has not thrown its last surprise at us and there will be several more over the next period”.

Speaking at the NHS Confed Conference, he said he is anticipating that case rates will continue to go up in the next few weeks due to the Delta variant being “significantly more transmissible” than the Alpha variant.

“In terms of the medium-term, my expectation is that we will get a further winter surge, late autumn/winter surge, and that is because we know that winter and autumn favour respiratory viruses, and therefore it’d be very surprising if this particular highly transmissible respiratory virus was not also favoured,” he said.

Prof Whitty said most people think there will be “further problems over the winter”, adding: “How big they’ll be I think is uncertain, and that partly depends on do we get new variants which can evade vaccines better, and partly depends on how the current wave passes through the UK. 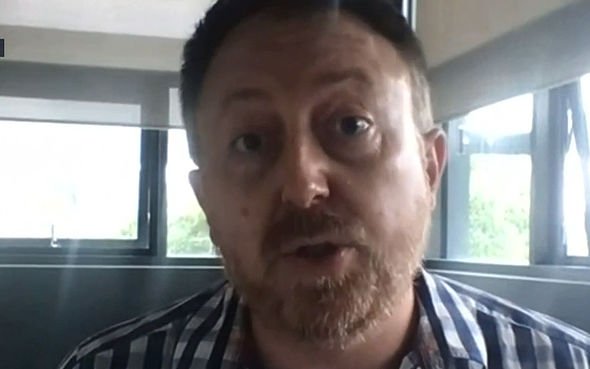 Speaking at the NHS Confed Conference, Health Secretary Matt Hancock said: “As of this afternoon we have given a first dose of vaccine to four out of every five adults in the United Kingdom.

“And the speed of deployment means that tomorrow we can open vaccination to everyone over the age of 18.

“I think it’s an incredible achievement on the vaccination side.”