When it landed on television screens in 1998, the ABC drama SeaChange promised its audience a glimpse into the fantasy of a simpler way of living. "You probably think I'm mad, but it feels good to me, 'cause from now on, I'll live as close as I can to the sea," sang Wendy Morrison in the show's iconic theme song.

"I don't know how much you can do it in the real world, but it's a really attractive fantasy," says Deb Cox, producer and, with Andrew Knight, co-creator of the original series. "And I think that's why, with people going back to their first loves on Tinder, or on Facebook finding their lost love … there's enough there for you to think fantasies can come true."

Better yet, perhaps, lightning can strike twice in a fictional town beset with a history of strange weather phenomena as the Nine Network dusts off the format and reboots the series as Seachange, which washes back onto our screens on a wave crested by a sea of reflecting-on-happier-times reboots such as Tales of the City and Gilmore Girls. 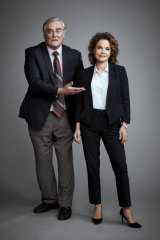 All share the common sentiment of nostalgic reflection, and all seem to ask a question which is as pertinent now as it was then: can you ever, really, go back?

In the original SeaChange, which aired for three seasons between 1998 and 2000, big city corporate lawyer Laura Gibson (Sigrid Thornton) did just that when her life imploded, her husband was charged with fraud, her son was expelled from school and she was passed over for promotion. 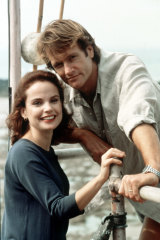 Sigrid Thornton and William McInnes in the original SeaChange.

Dialling back the clock, Laura returned her family to the last time they were truly happy: a seaside holiday in the small coastal town of Pearl Bay.

It worked, on screen and off, and the series became a much-loved piece of Australian cultural history. It was also a monstrous hit, commanding audiences of about two million viewers a week.

A reboot or remake of SeaChange had been kicking around for the last half-dozen years with ITV, which owned the rights to the series, through successive management regimes.

The pitch which finally got a reboot over the line came from ITV and Nine in tandem, kicking off a conversation with Cox and her producing partner Fiona Eagger about why a renewed exploration of life in Pearl Bay would have meaning in 2019.

"Twenty years ago it was for me about a woman having a mid-life crisis, because why not?" Cox says. "Television had said [women] can be doctors, they can be lawyers and you know, and I thought, well, why can't they make mistakes? Why can't they crash and burn like men. I wanted to see women who were fallible. 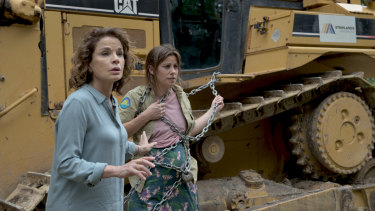 "And twenty years later, is there anything worth saying about how things have changed?" Cox ponders. "And I started thinking about my relationships with my adult children and how that's very different to my own with my parents. So then we thought, oh, maybe there is something in this."

Cox and Eagger were also challenged by the notion that ITV could, given its ownership of the original series, simply hand it to an entirely new production team to make.

"How would you feel about this thing you've nurtured and has such an important place in Australian television history, being put into someone else's hands that might not be equipped to carry on the legacy," Eagger says.

The new Seachange opens with a twist on the classic dilemma at the heart of the original series: the shifting line between the peace and tranquility of Pearl Bay, and the forces of change, usually in the form of real estate developer Bob Jelly (John Howard) trying to drain the mangroves and convert the coast to medium density housing, which are only barely held at bay. 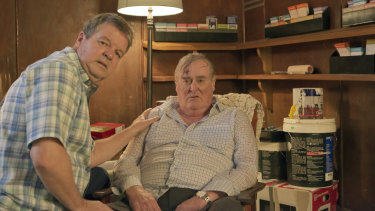 "Some things will never change, Bob will always be pushing for that despite the way life has battered him," Cox says, noting that those themes – anti-development, the threat which is represented by change, both environmental and cultural – are still in the series' DNA.

"But this is also about acceptance," adds Eagger. "That you'll have a character like Bob Jelly, who you know is always up to something that other people don't necessarily want, but they all co-inhabit a world together and they still have a sense of community.

"Where we see communities being fractured, it's nice to see a celebration of difference, that you can disagree but still have a meaningful relationship," she says.

The rebooted series is filmed in Queensland, in the coastal town of Brunswick Heads. 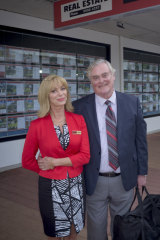 While that move may offend purists – the original series was filmed at Victoria's Barwon Heads – there is a curious historical footnote worth considering: when the ABC was first developing the series in the late 1990s, Brunswick Heads was considered first as a location, in part because then ABC head of drama Sue Masters had grown up nearby, but was abandoned at the time for logistical reasons.

"When we saw it, we all said this is Pearl Bay, this has gotta be Pearl Bay, and then of course we went back and did the numbers," Cox says. "There wasn't the crew up here, there wasn't the mobility, it was just all too hard."

Filming the new series there, Cox says, "is like this fantasy, but it's always where it was meant to be. So in that transition you now see on camera, the beach is here, and the tropical style is slightly different. It's amazing how quickly you adapt. It looks right now, like it was meant to look in my imagination."

For Nine's purposes too, and in deference to the segment of the audience who did not see the original, or only recall fragments of it, it needed to be a show "for the here and now, the new audience," says Eagger. "At the same time we have to appreciate the legacy of it.

"It's not easy doing a remake and making it relevant or whatever you call this, so you do have to think long and hard about your touchstones," adds Eagger.

"And in the first episode I think Deb's done an absolutely brilliant job at honouring the new but also giving a little nod to the past. And I think there's enough little gems in there for the people that know this, the original series, to say, oh, that's nice."

The series does stir some nostalgic detail into the narrative, in the form of familiar frames of reference: the Tropical Star pub, the never-seen-but-omnipresent local troublemaker Bucket, the town's near-mythical sweet spot Brabey Point and the like.

Thornton has returned. And some of the show's most memorable characters, including Bob, Bob Jelly's wife Heather (Kerry Armstrong) and caravan park manager Kevin Findlay (Kevin Harrington) will also return.

"They have to be there because part of the community is shared history," Cox says. "So they have to use a shorthand between them, where they refer to things that are gone or that we've never seen or that only they understand."

"It was important for us that we have Richard Pleasance who did the original theme and Wendy Morrison who sang it, because her voice is so distinctive and as soon as you hear it takes my heart back," Cox says.

If art is ultimately a sort of distorted reflection of the world in which it is created, the original series was in some respects a reaction to the fast-spinning engine of city life, in which Pearl Bay offered an opportunity to step off the metaphorical treadmill.

Seachange 2.0 lands in a more complex space, in a world fractured by politics and cultural change, but one where the "seachange" fantasy offers a similar escape route.

"The world's changed so much in 20 years, it's fractured and people connect in a very different way, impersonally and remotely," Cox says. "[Pearl Bay] is a real community where that's not part of it and you really are together. But we wanted the series to have a global reference.