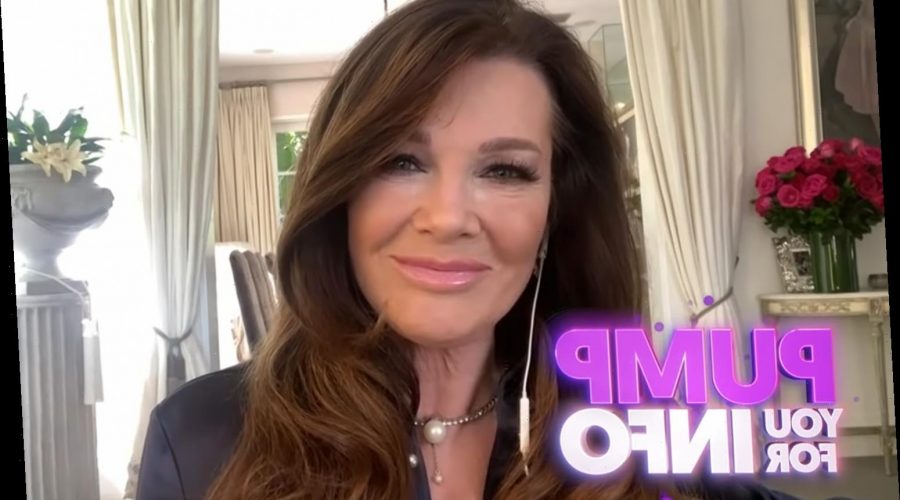 Lisa Vanderpump is sharing an update on the status of Vanderpump Rules.

While appearing virtually on Watch What Happens Live Tuesday, the 60-year-old reality star spoke to host Andy Cohen about resuming production on the Bravo series, which was brought to a halt amid the ongoing COVID-19 pandemic.

After Vanderpump and Cohen, 52, went back and forth with each other about who knew more about the status of the show, Vanderpump said, "Everyone asks me … Listen, we're heading towards the right direction."

"But I think Bravo's got to announce when they're ready to do that again," the former Real Housewives of Beverly Hills star added. "It's a story that keeps playing out. But yeah, we're getting there."

The Overserved star also noted that Sur — the restaurant at the center of Vanderpump Rules — is currently open for business, even without the series currently filming. Earlier this month, Vanderpump Rules stars Ariana Madix and Tom Sandoval echoed Vanderpump's sentiments while speaking with Page Six about the forthcoming season of the series.

"Obviously, they want to do another season and they have every plan and intention of doing that, but it's just because of the industry that we're in, they don't want to see us just like sitting in our houses," Sandoval, 37, told the outlet.

"So we're kind of just waiting and seeing," Madix chimed in, noting that the pair "wants everyone to be safe" when filming resumes.

"You also have a lot of restrictions when it comes to productions as well and liabilities and things like that," Sandoval added.

When Vanderpump Rules does eventually return to television screens, things will look different since the last season of the series concluded.

In June, Bravo confirmed that Stassi Schroeder and her costar Kristen Doute would not be returning to Vanderpump Rules, on which they had both starred since the show's debut in 2013, due to past racially insensitive actions.

New cast members Max Boyens and Brett Caprioni — whose years-old racist tweets resurfaced — were also announced to not be coming back. Each of the fired cast members have since apologized for their actions.

Meanwhile, other cast members Brittany Cartwright and Jax Taylor announced in December that they would not be returning to Vanderpump Rules in joint social media statements.

During her WWHL appearance, Vanderpump also discussed the recent pregnancies of many of her former and current Vanderpump Rules costars.

When asked by Cohen whose pregnancy news she was most surprised by, Vanderpump began by noting that she "expected" Taylor, 41, and Cartwright, 32, to get pregnant and thought that Lala Kent was "heading in that direction."

The Vanderpump Dogs founder went on to add that she was most shocked by Scheana Shay's pregnancy news.

"It seems so quick being in a new relationship," she said. "… One minute she was freezing her eggs, the next minute they were fertilized and she's going to be ready to pop soon."

The reality star also played coy when she was asked about a potential RHOBH return.

"People ask me all the time, am I going back? It's been such a long time and I've just got a lot going on," she said.