LITTLE Mix, Rita Ora and Anne-Marie sizzled on the red carpet as they arrived at the MTV EMAs in London.

The stars were among those to dazzle on the socially-distanced red carpet for the pre-recorded European Music Awards on Sunday. 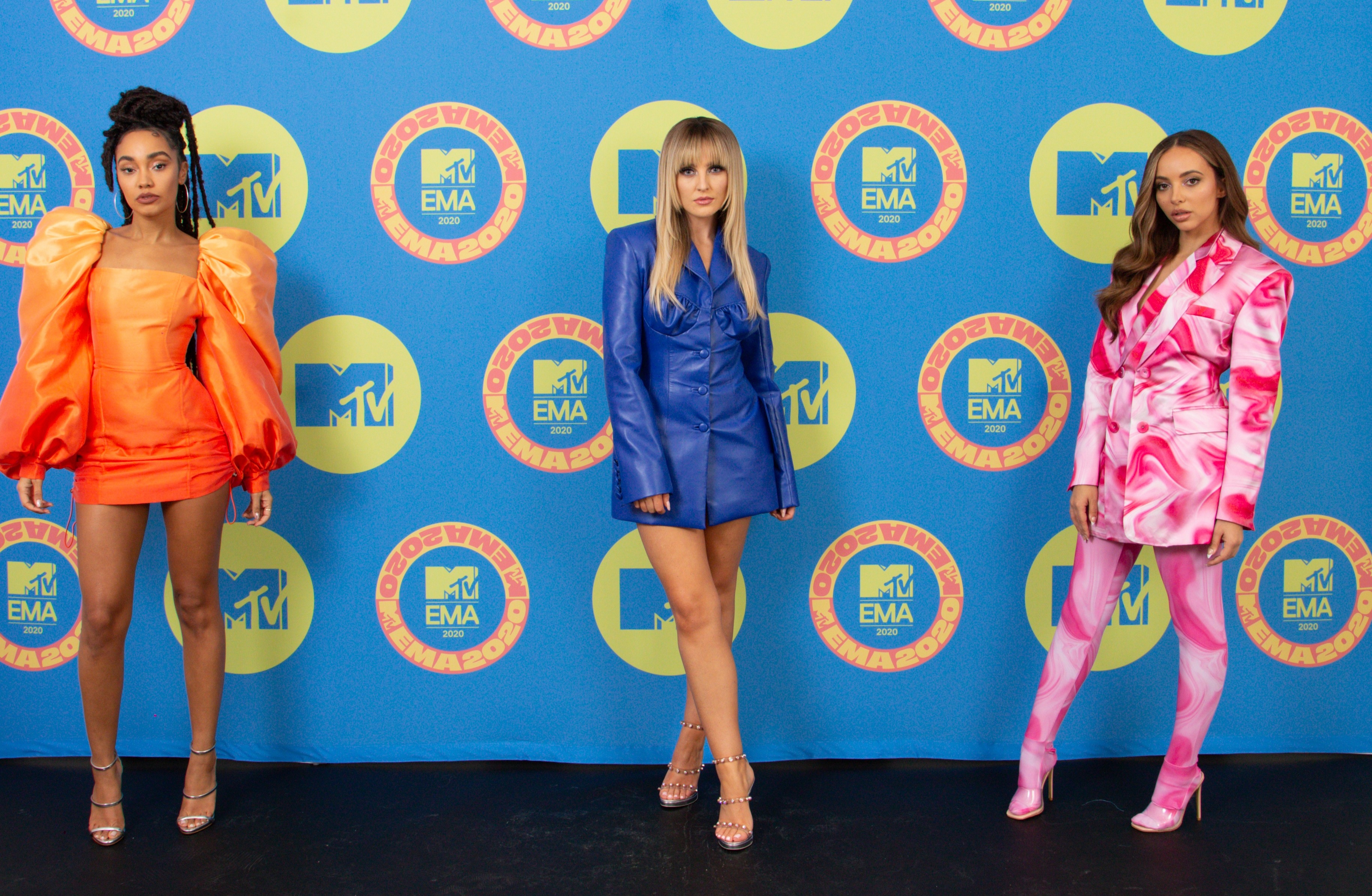 The women were hosting the ceremony – which was filmed on November 1 in different locations around the world – and performed their single Sweet Melody.

Perrie started off the night with a tight blue coat-dress, with long sleeves matching her hair falling down by her shoulders.

She completed the look with a pair of heels – but later on mixed it up with a jazzier ensemble. 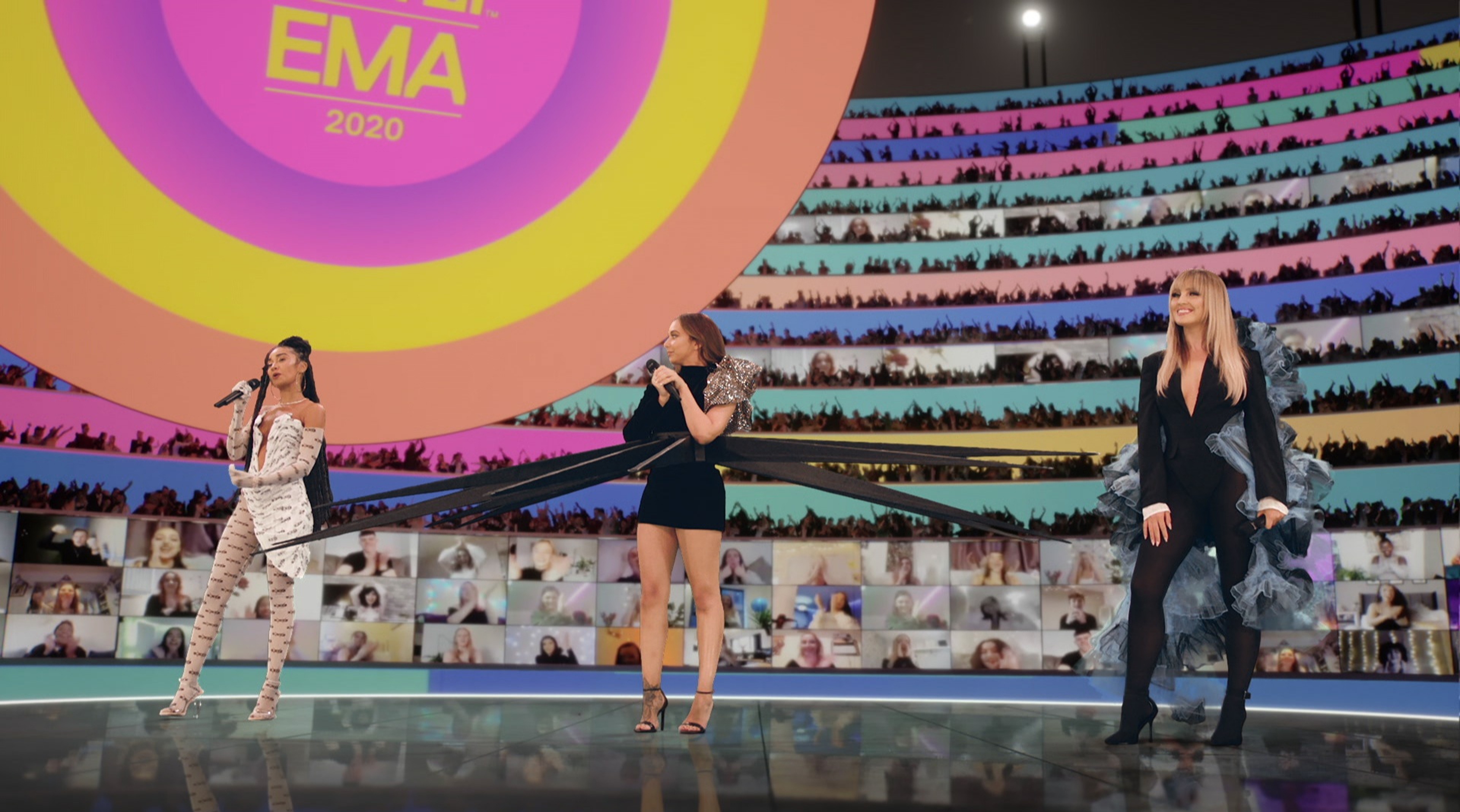 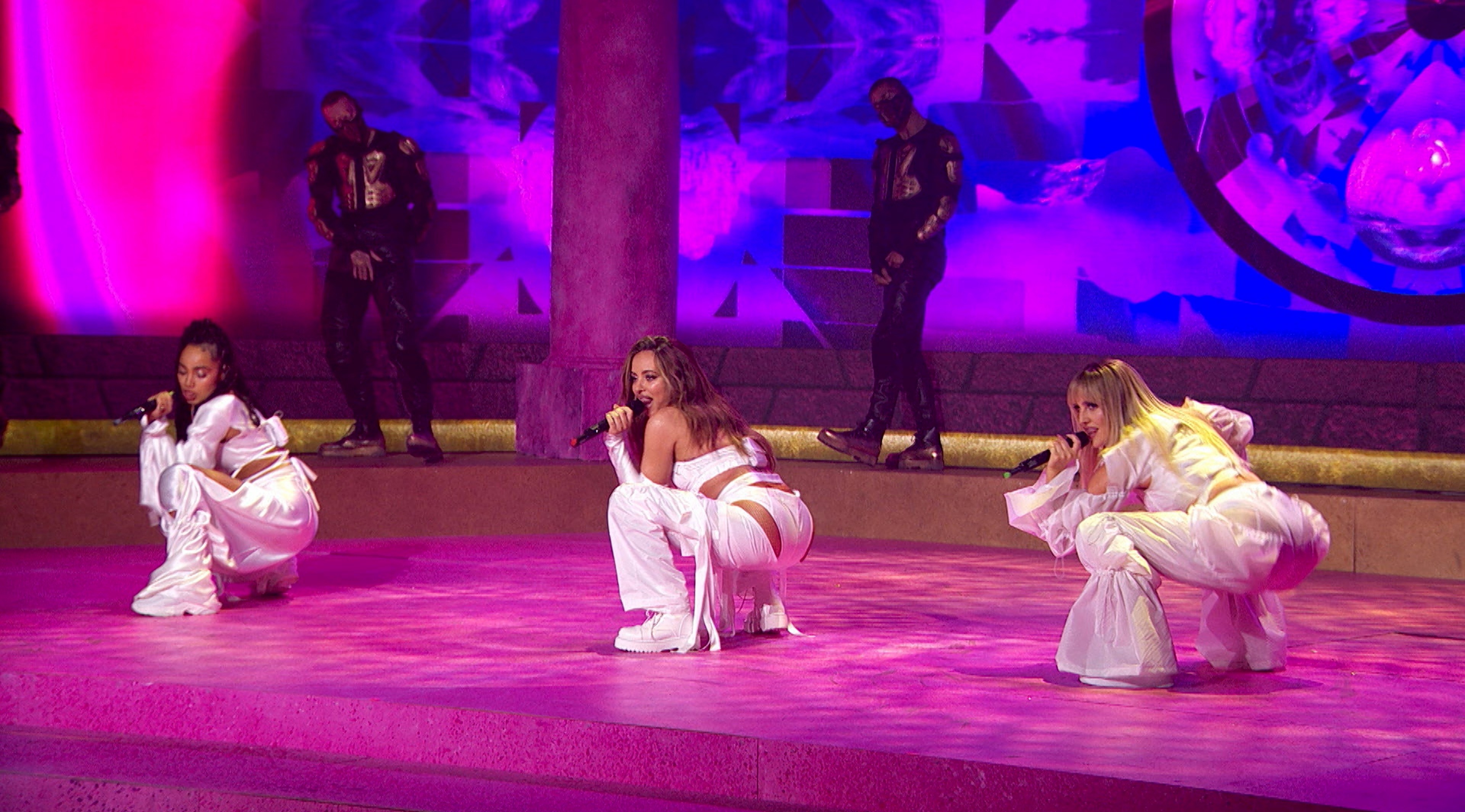 Her outfit change comprised of a black bodysuit with blue lace ruffle detailing.

Perrie Edwards started off with an orange mini dress with puffy arms and heels.

She then swapped it out for a blue patterned body suit with long gloves a huge gold hoop earrings.

Not wanting to be left out, Jade started out in a pink coat with matching tights and heels, before changing into something completely different. 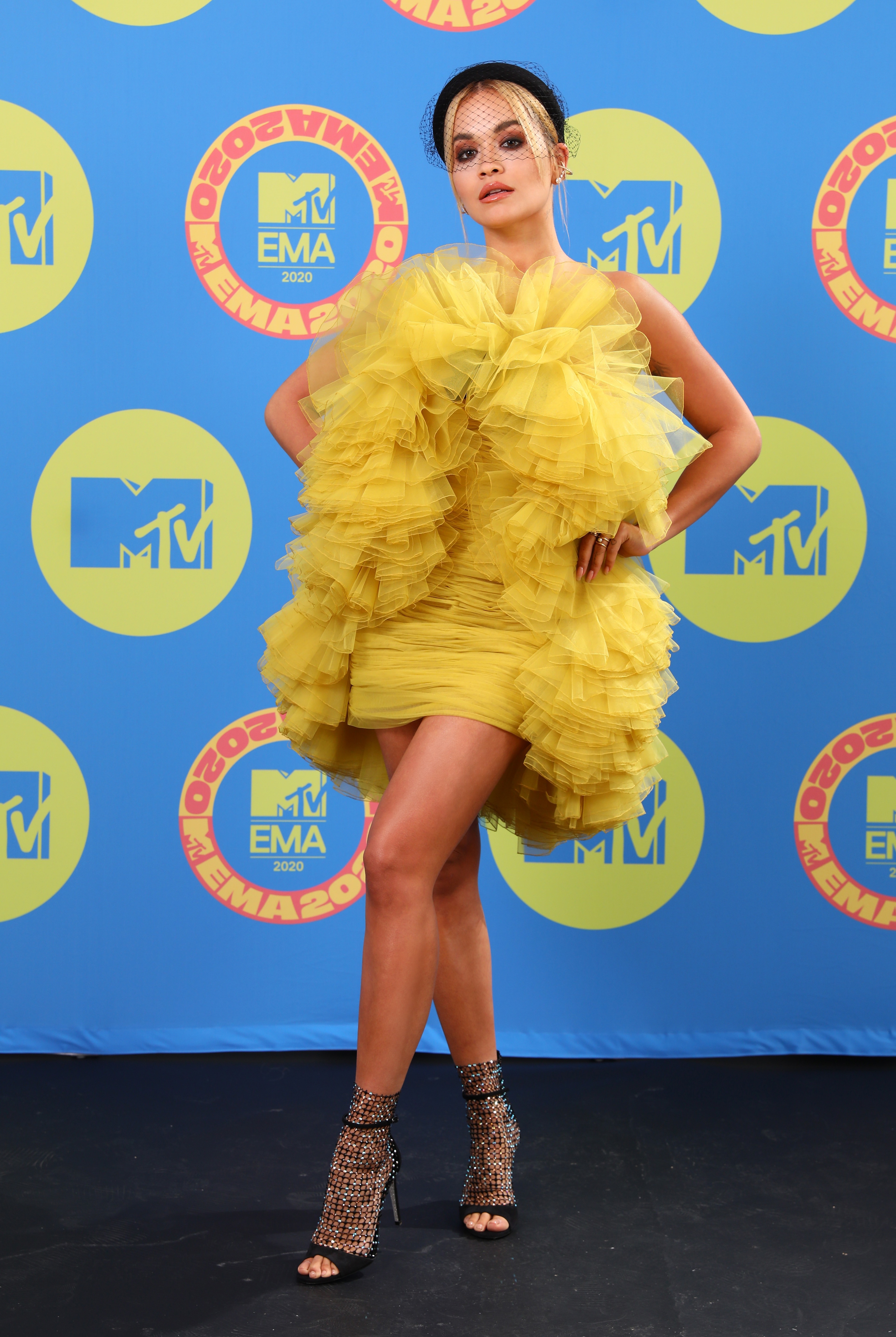 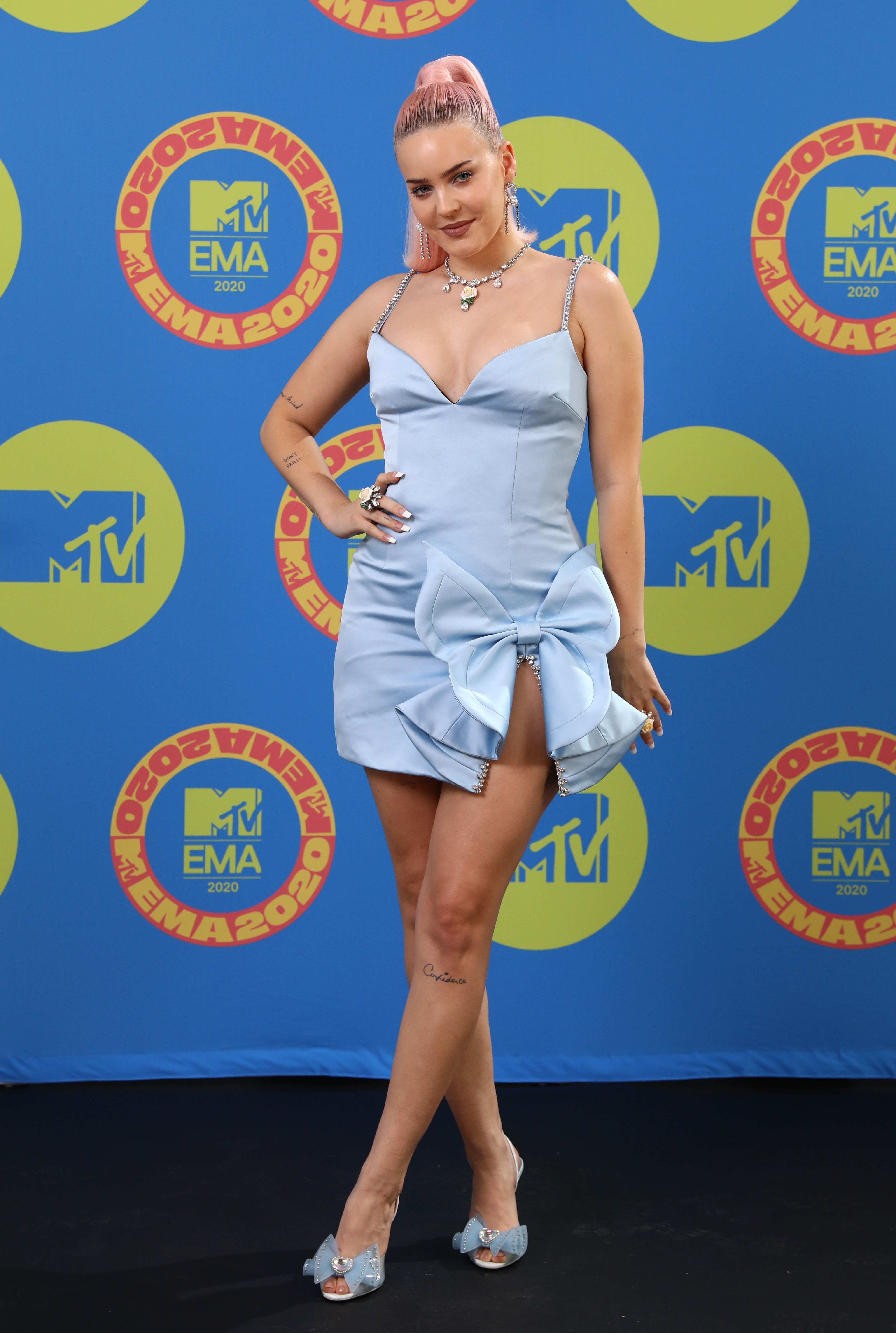 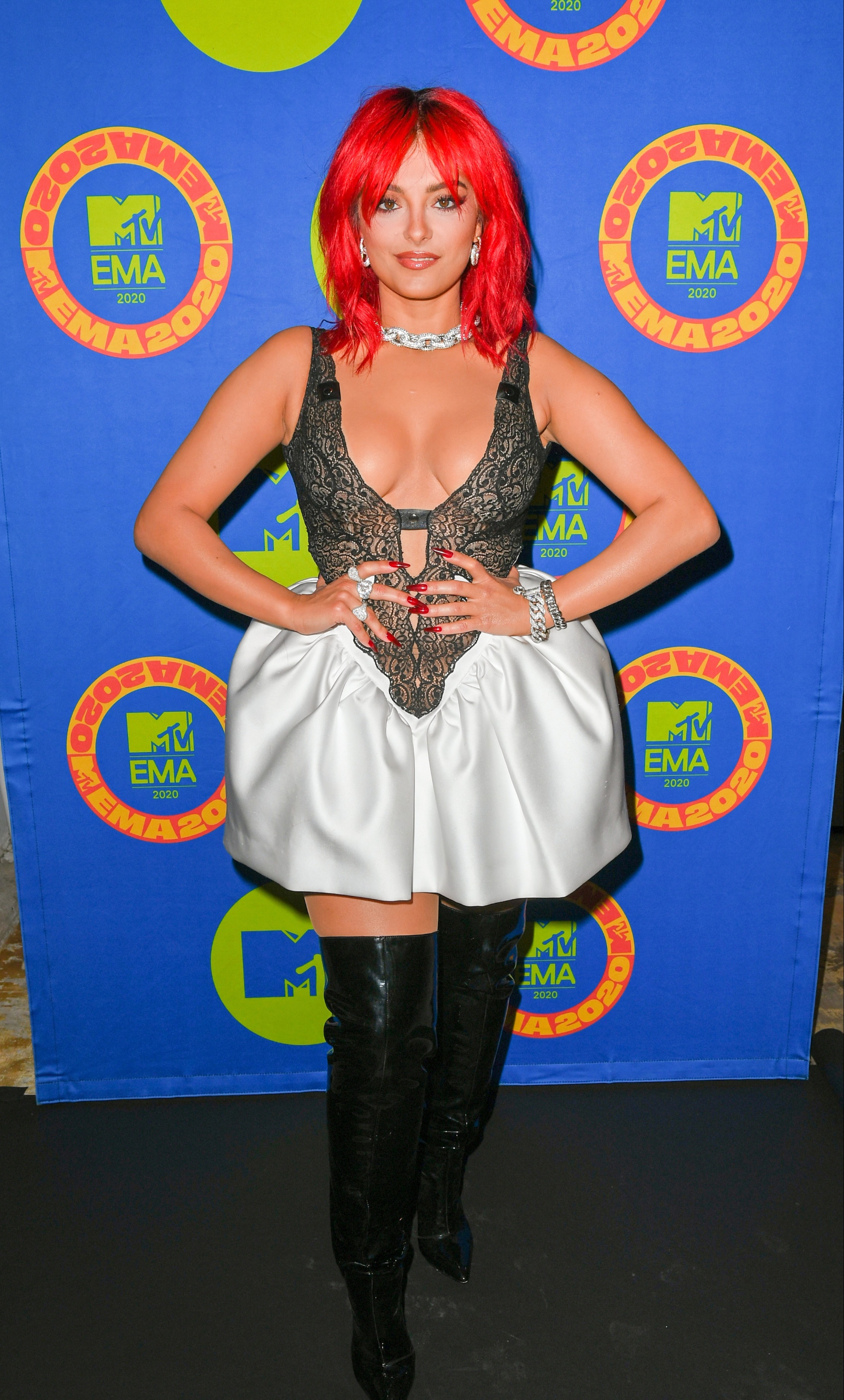 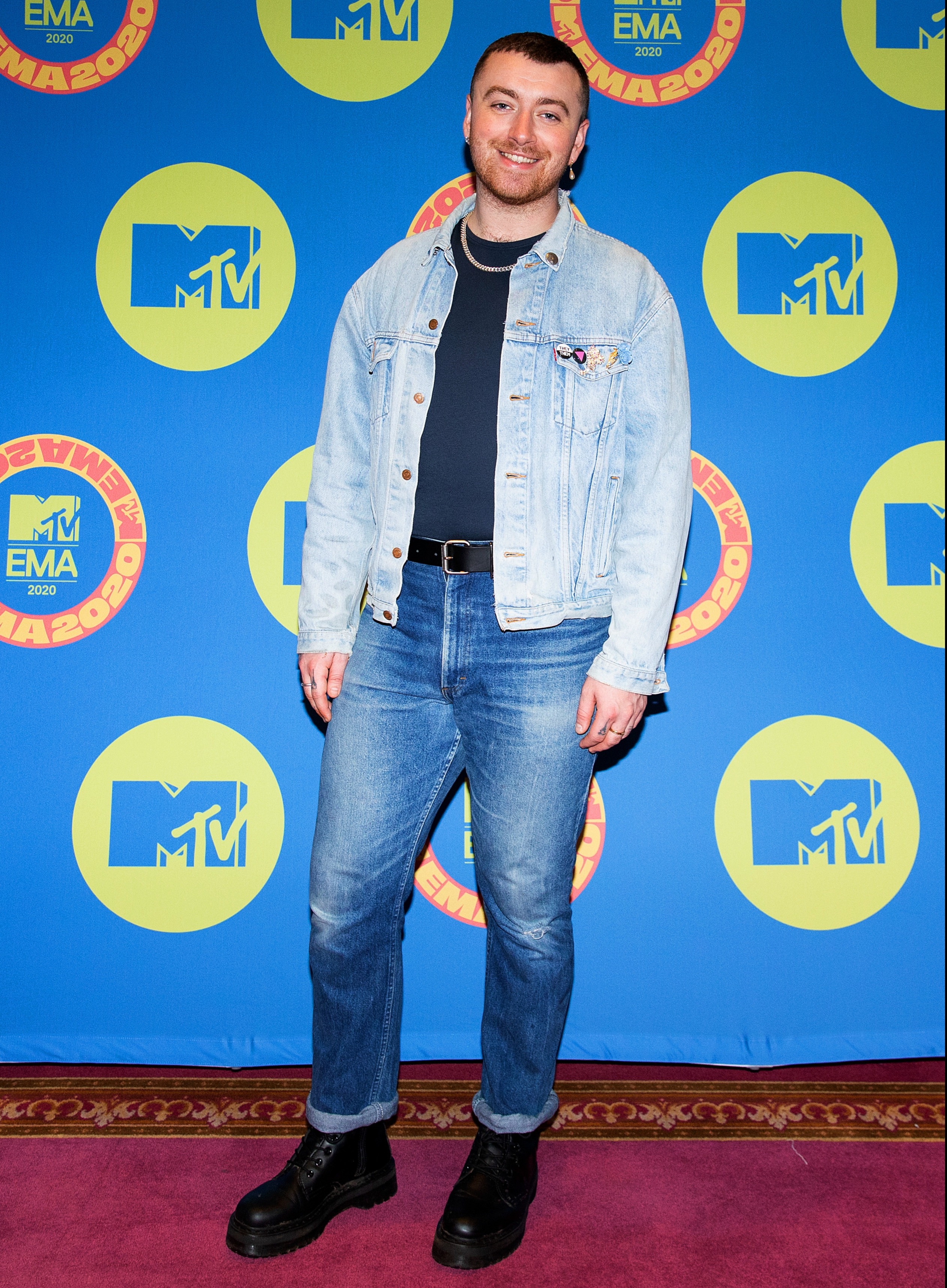 While on stage, she wore a black dress with huge spikes exuding from the waist – ensuring they were socially distant at all times.

Elswhere, Rita Ora stunned in her yellow pencil dress, which was detailed with large puffy material up the sides and around the breast.

Anne-Marie added more style – and continued the blue theme – with a pastel mini-dress, accessorised with a golden necklace.

Zara Larsson wore a metallic purple dress with huge heels and her hair up in a ponytail. 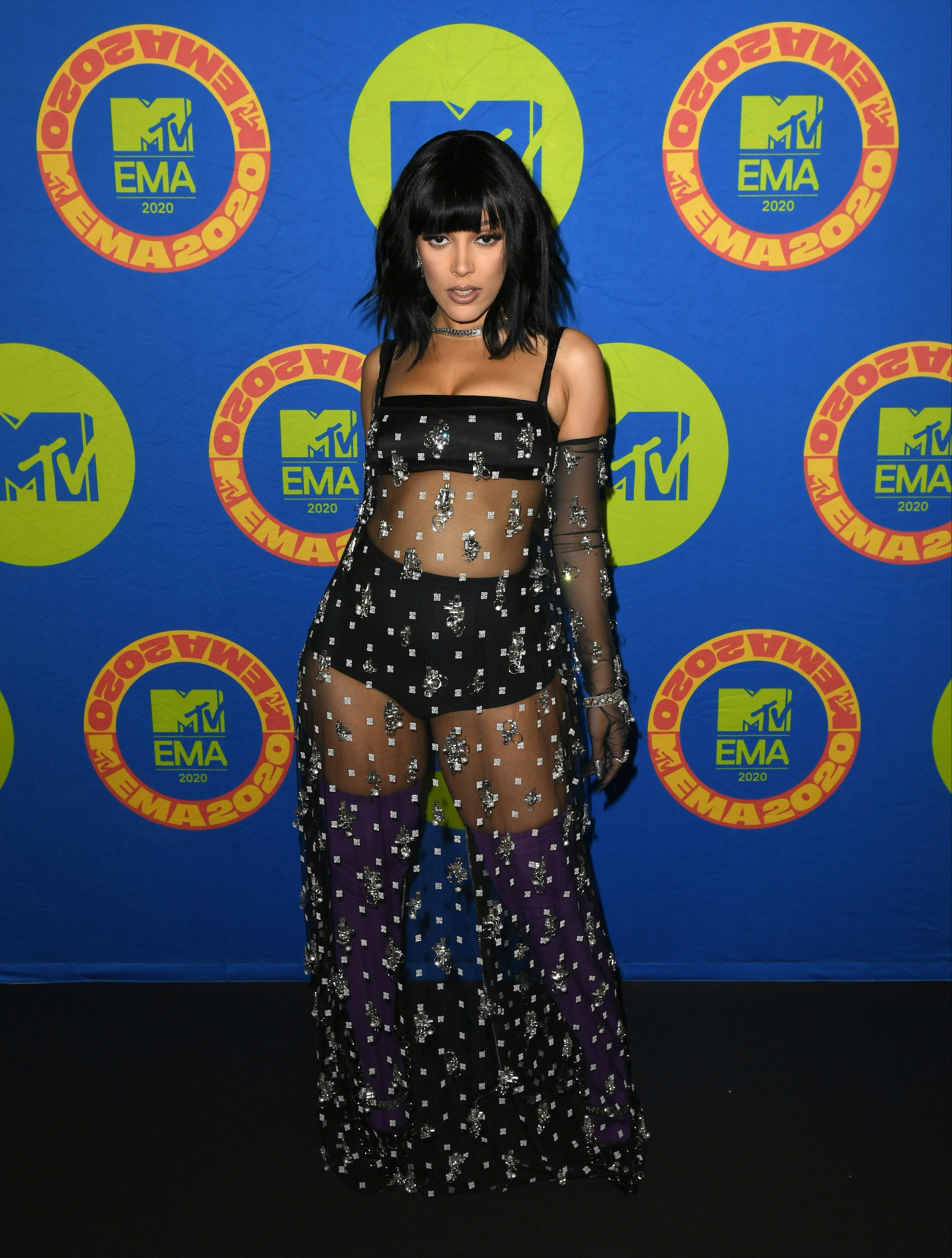 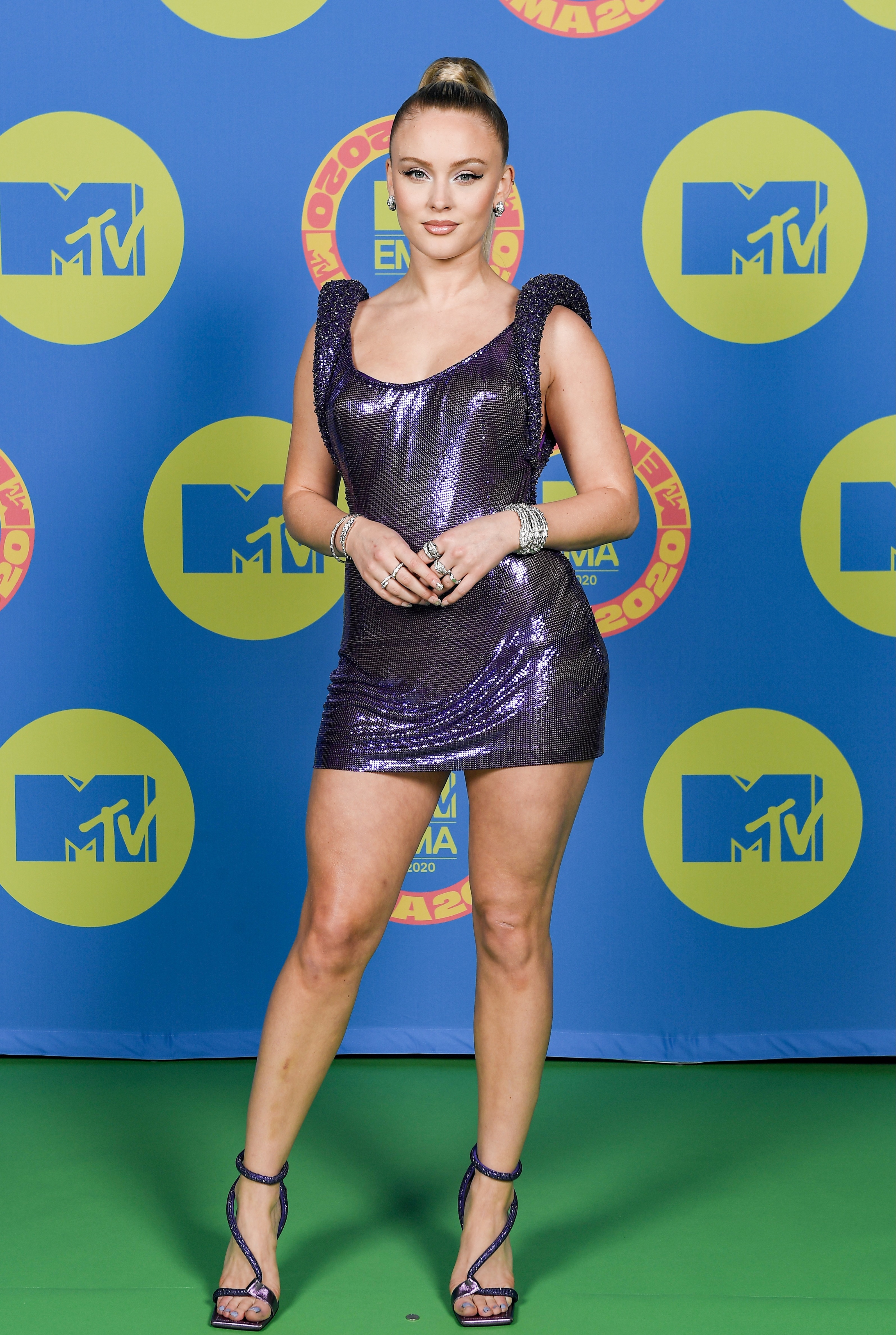 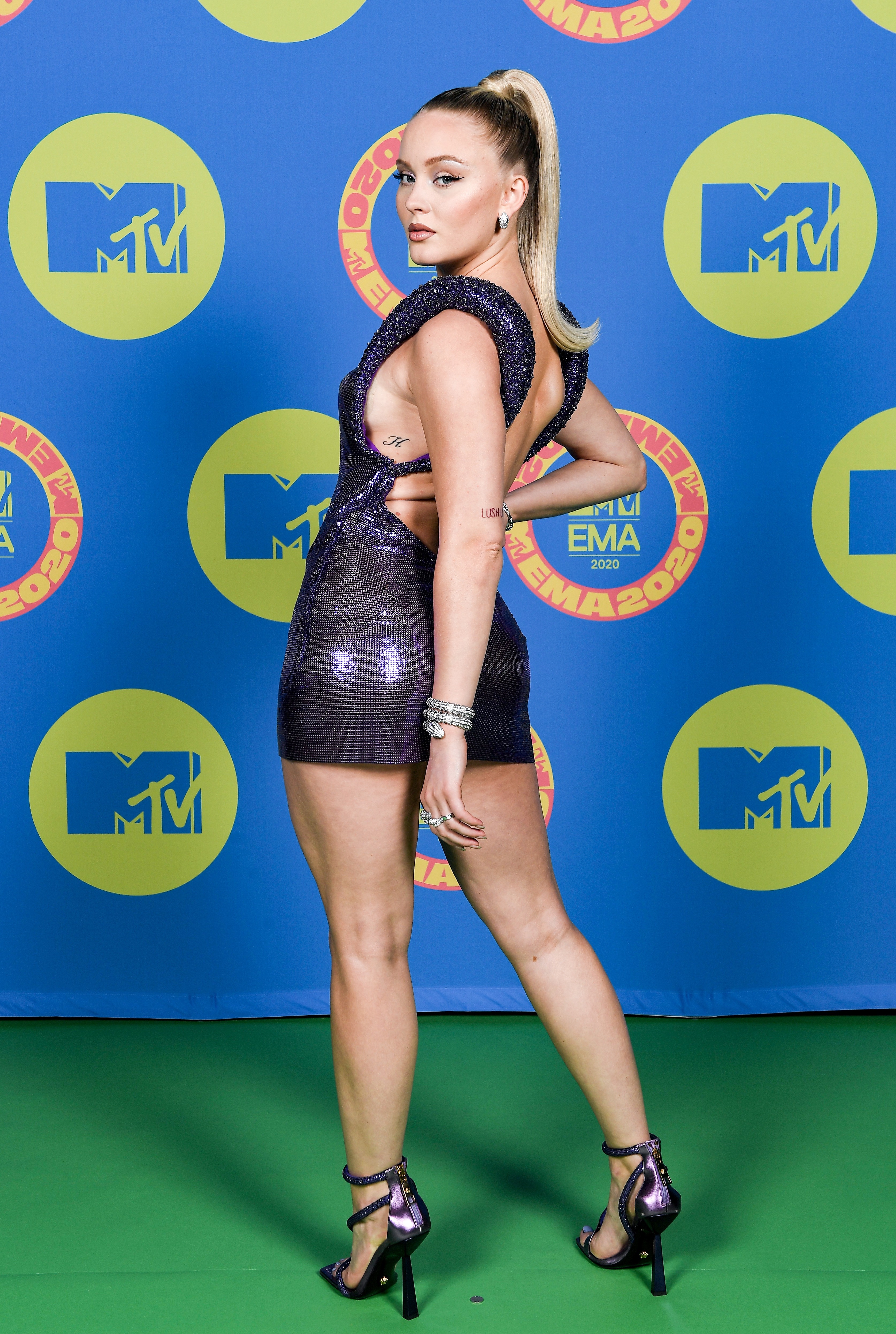 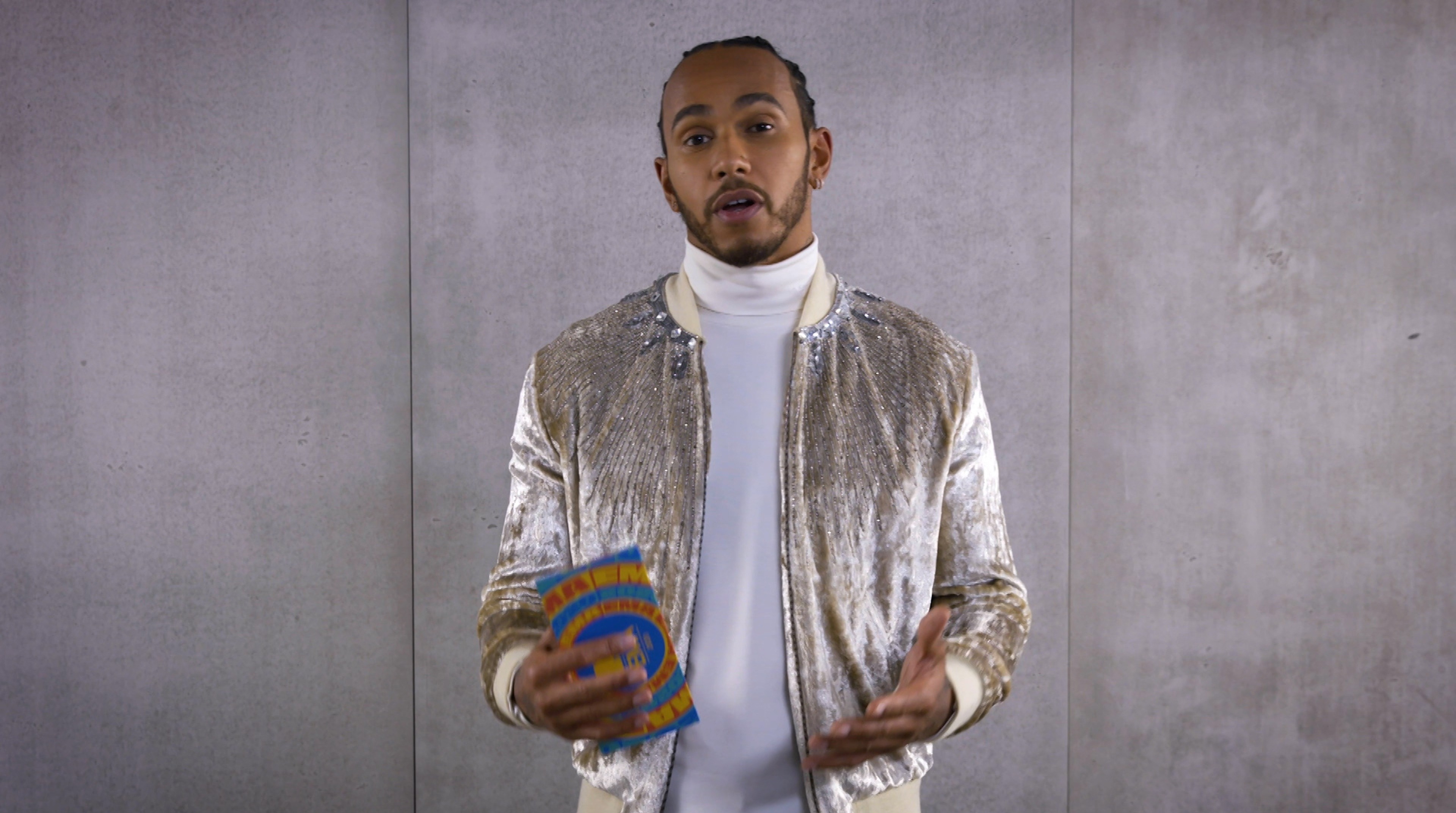 They also added a denim jacket, black T-shirt and a golden necklace.

Jesy Nelson was forced to miss the MTV EMAs – leaving her bandmates to host without her.

The 29-year-old star was also forced to skip last night's final of the band's BBC talent show The Search.

Yesterday, a spokesman for the band confirmed in a statement: "Jesy is unwell and will not be appearing on tonight’s final of Little Mix The Search.

"She will also not be hosting or performing at tomorrow’s MTV EMAs."

15/11/2020 TV & Movies Comments Off on Little Mix, Rita Ora and Anne-Marie sizzle on the red carpet at the MTV EMAs in London
Lifestyle