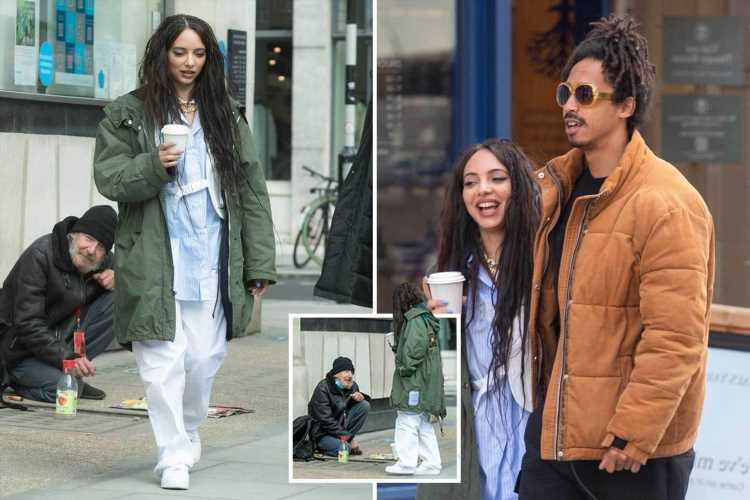 The 28-year-old singer grabbed a coffee with her famous fella as they went for a walk in London. 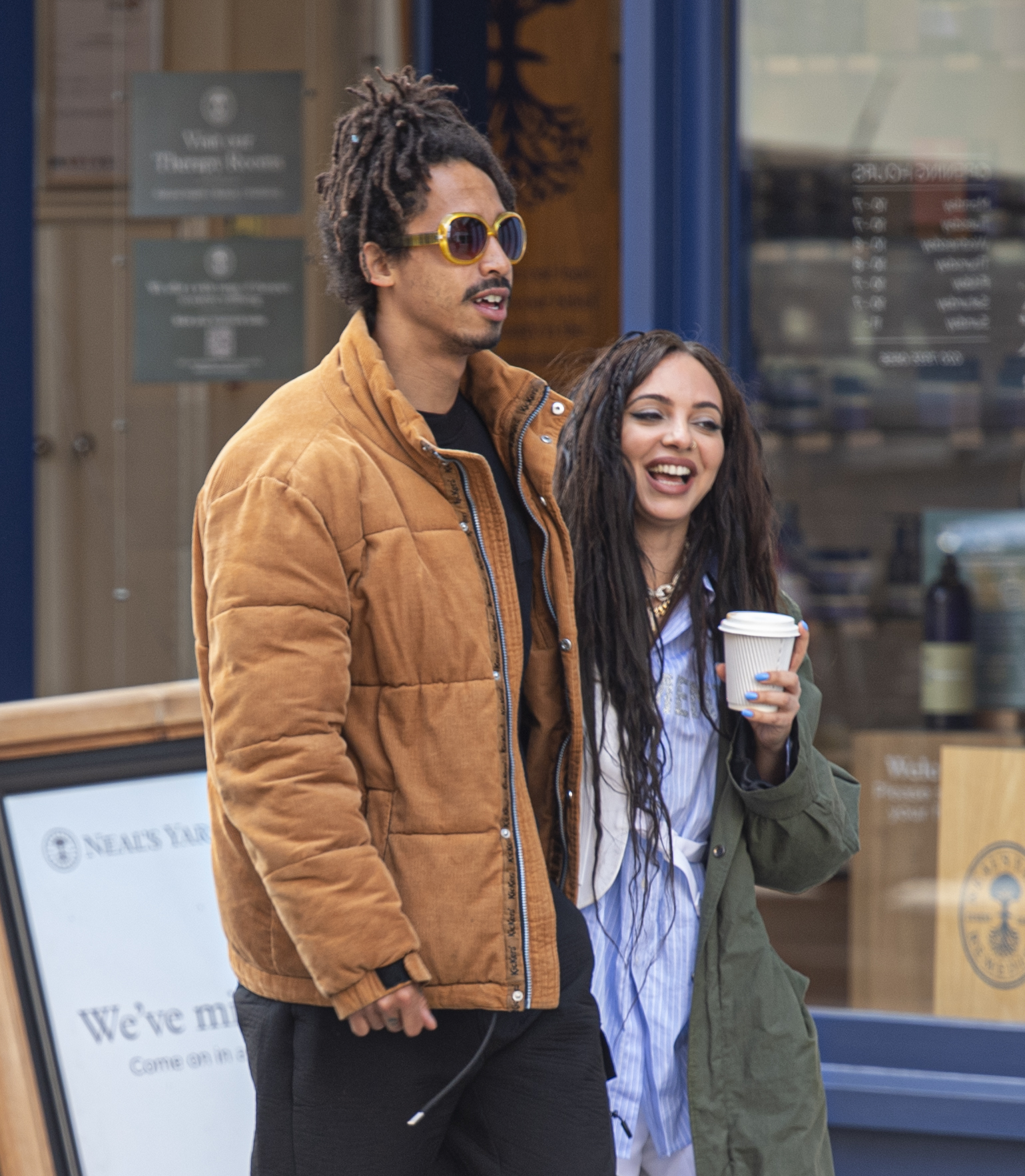 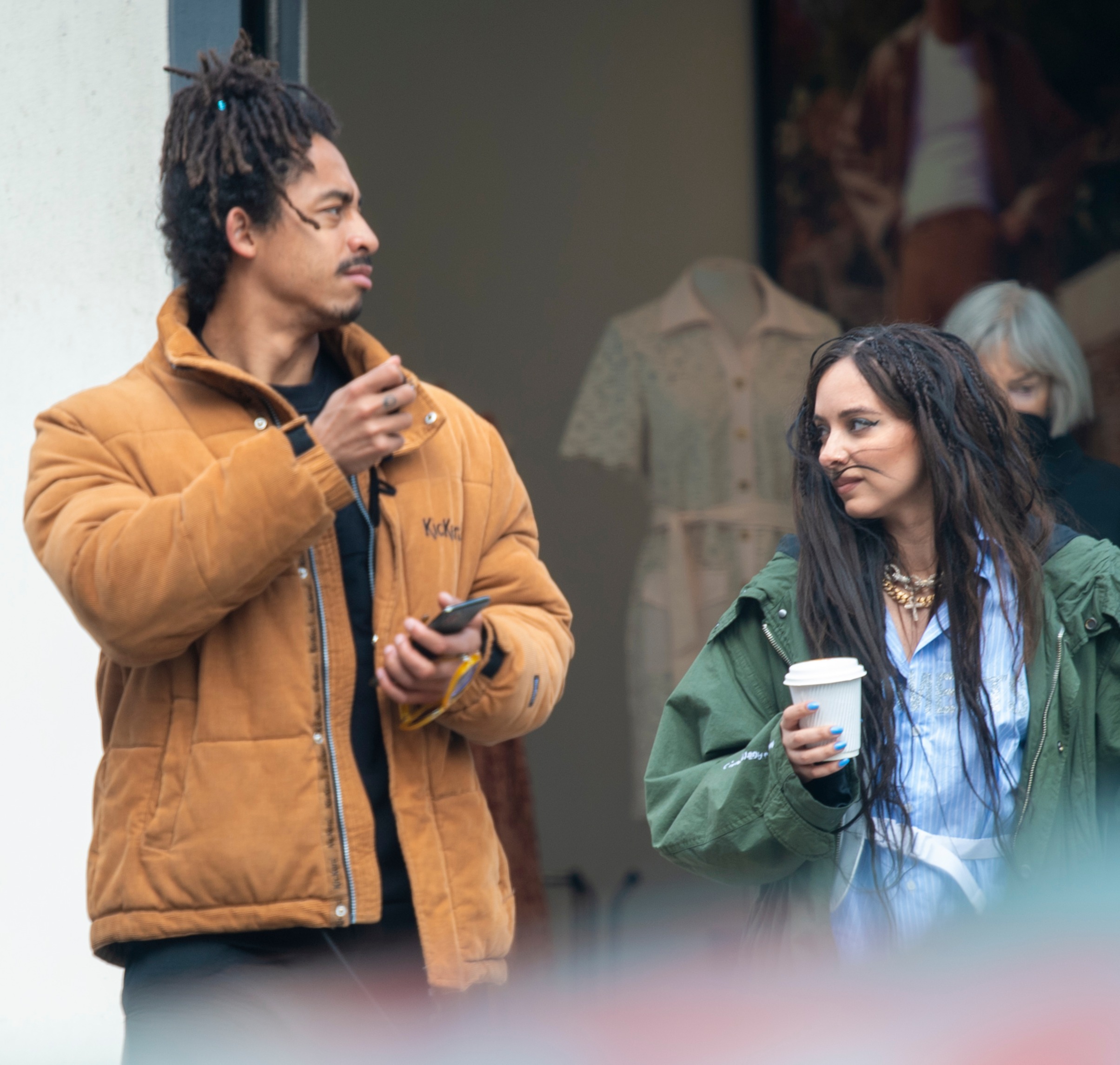 She was snapped giggling as they walked along in chunky coats in the centre of the capital.

Jade, who was pictured outside a cafe, also stopped to give money to a homeless person who was sitting outside a bank.

Jordan was seen standing back as the singer, a multi-millionaire, went over to talk to the man.

The pair have one of the strongest realtionships in music, with the Rizzle Kicks singer recently saying Jade was so good in bed they both passed out after a romp. 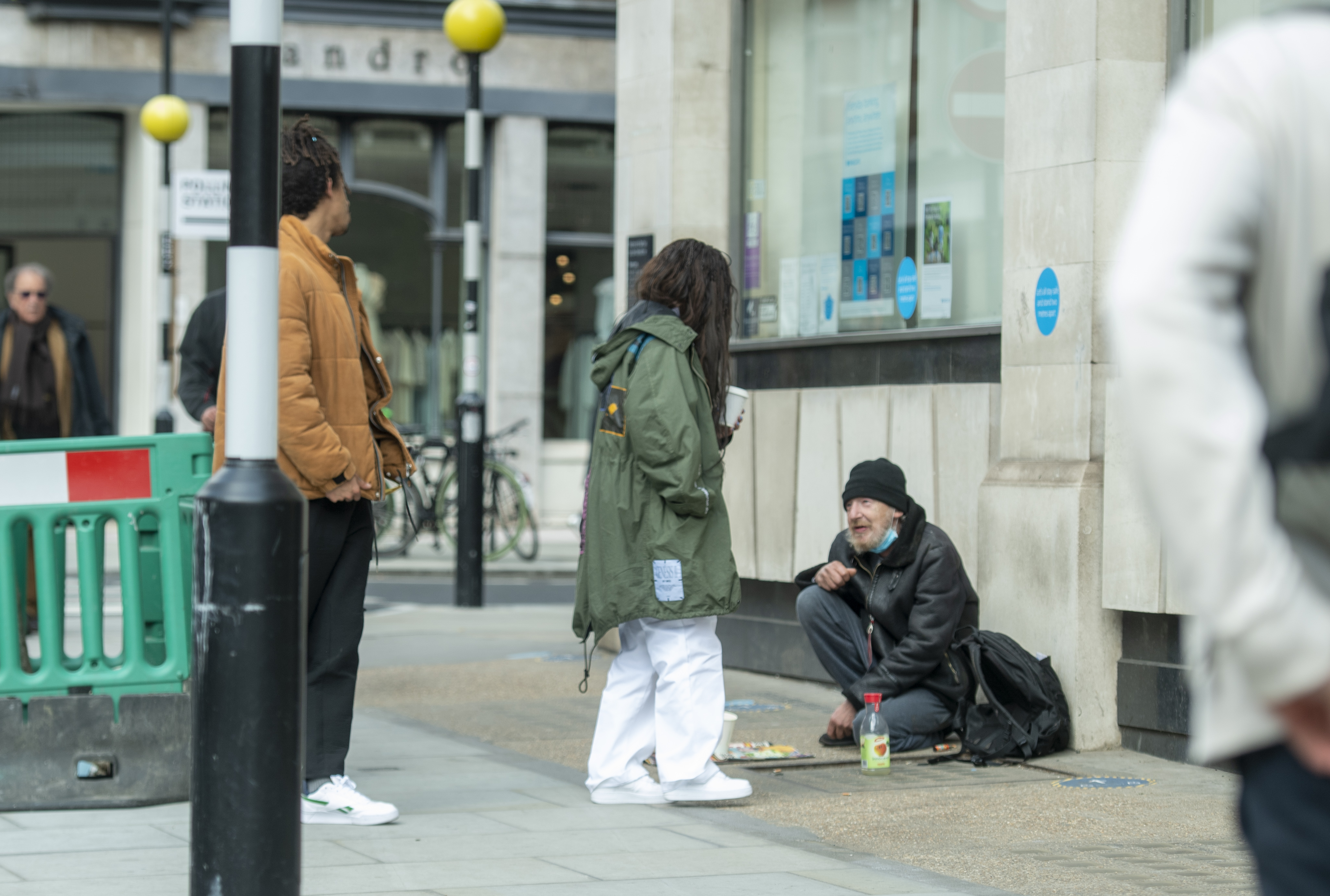 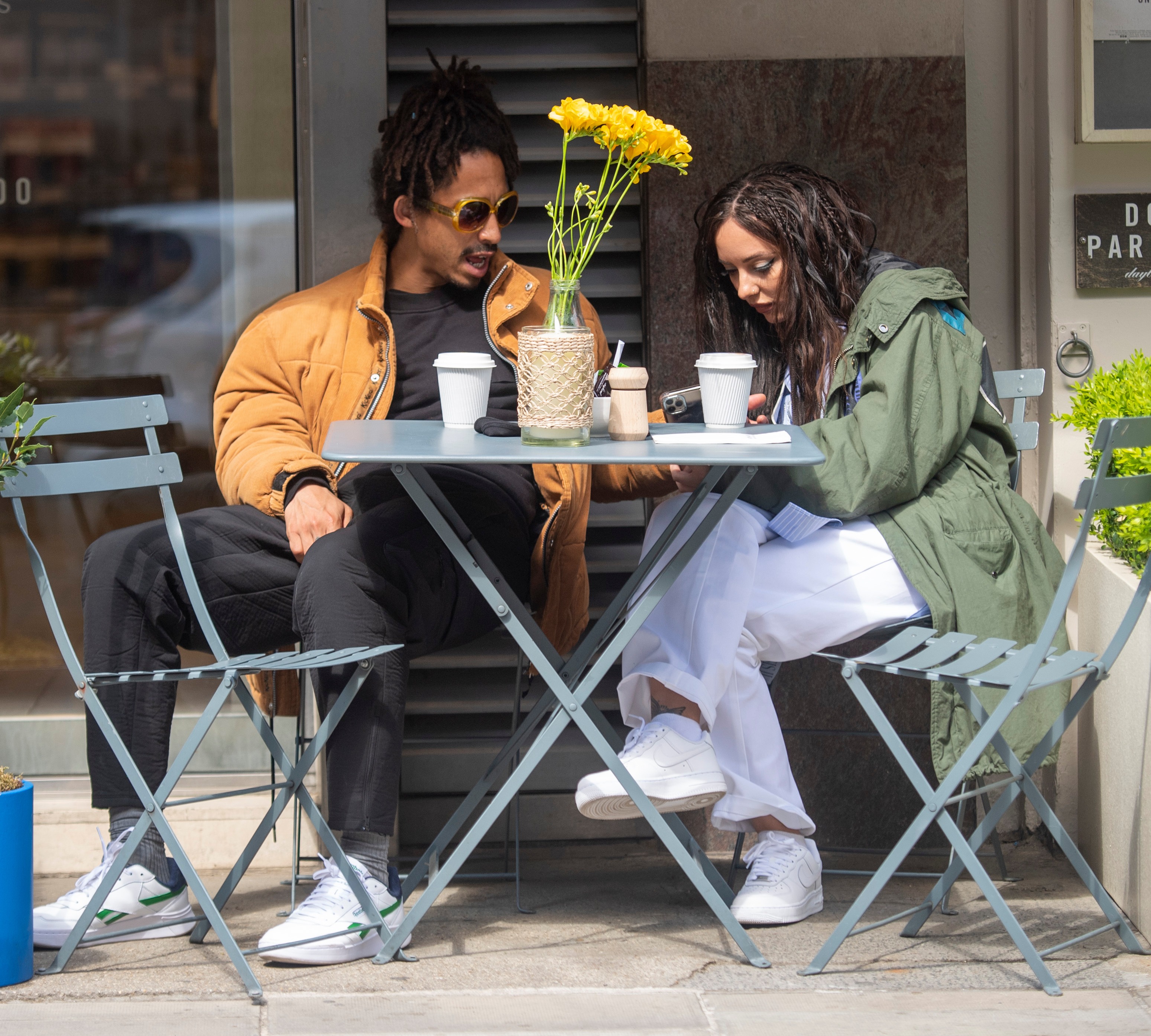 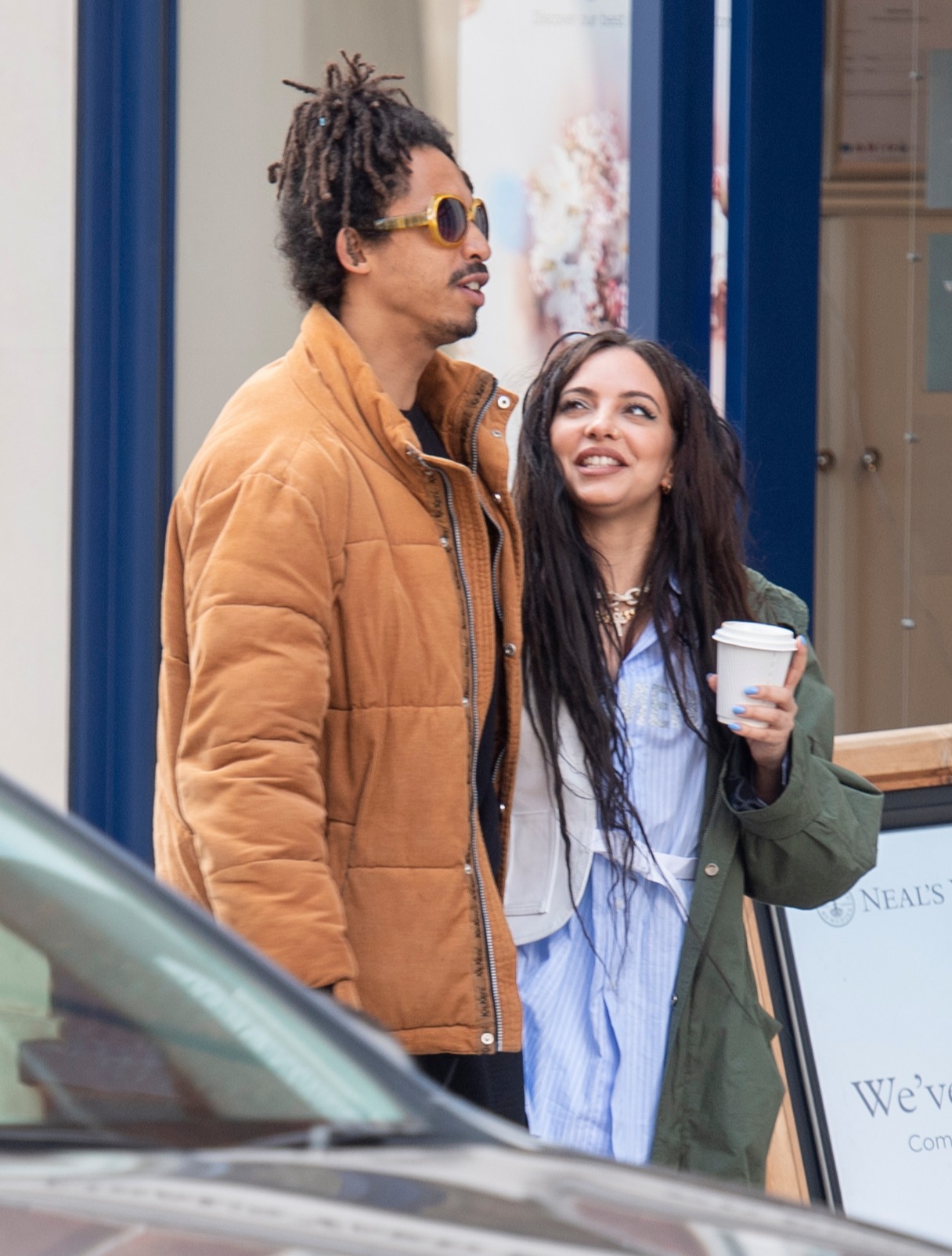 He told the Cuddle Club podcast: “I had sex with my girlfriend but it was so fantastic that we just both passed out and then came back around like 25 minutes later.

“I remember being like, ‘I don’t think that has ever happened to me before’. It was really cool.”

Jade's band Little Mix today released a music video showing the girls as you've never seen them before – with beards.

They appeared as a three-piece in a video for the first time since Jesy Nelson quit the group in December in the vid for Confetti. 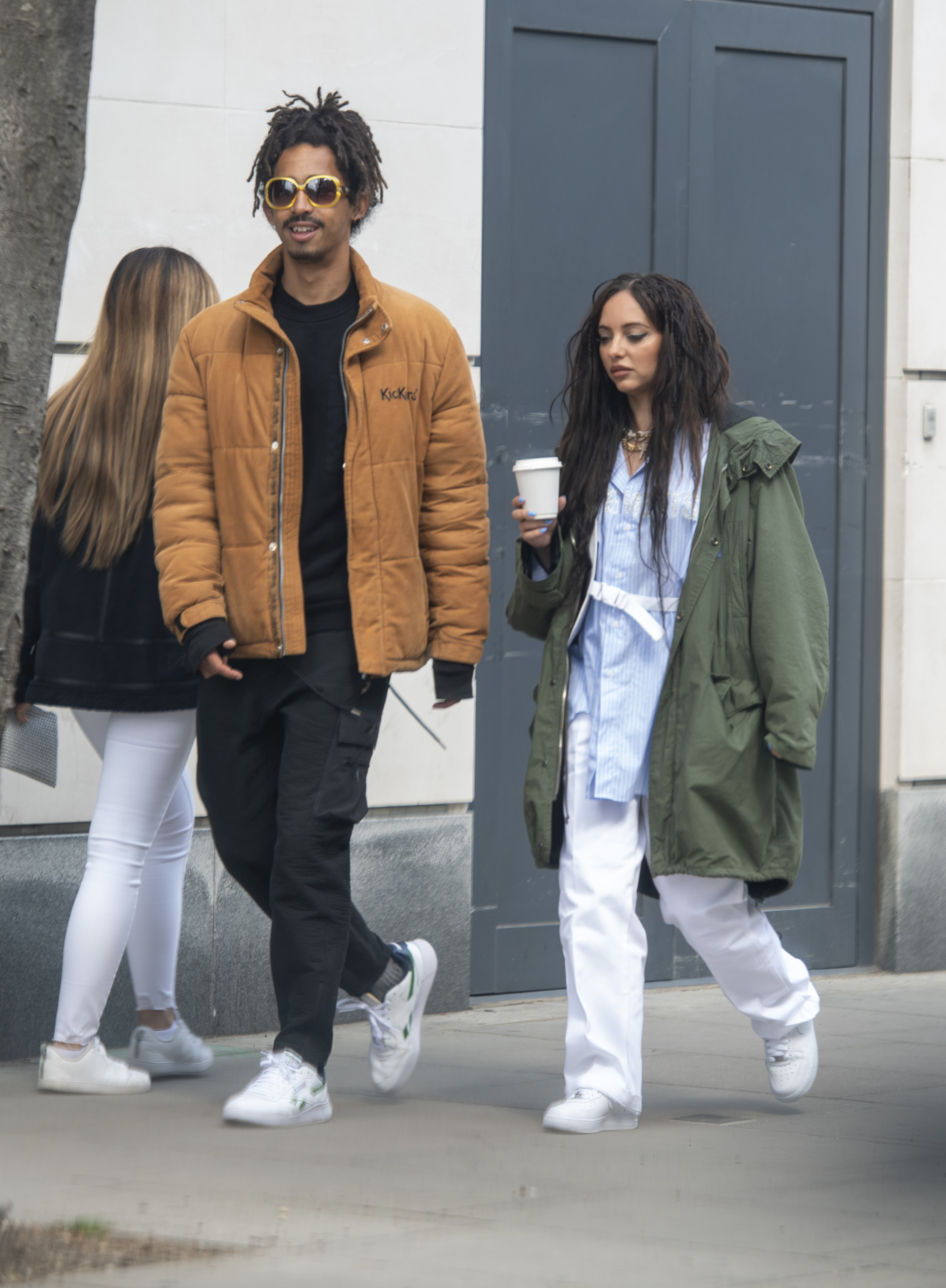 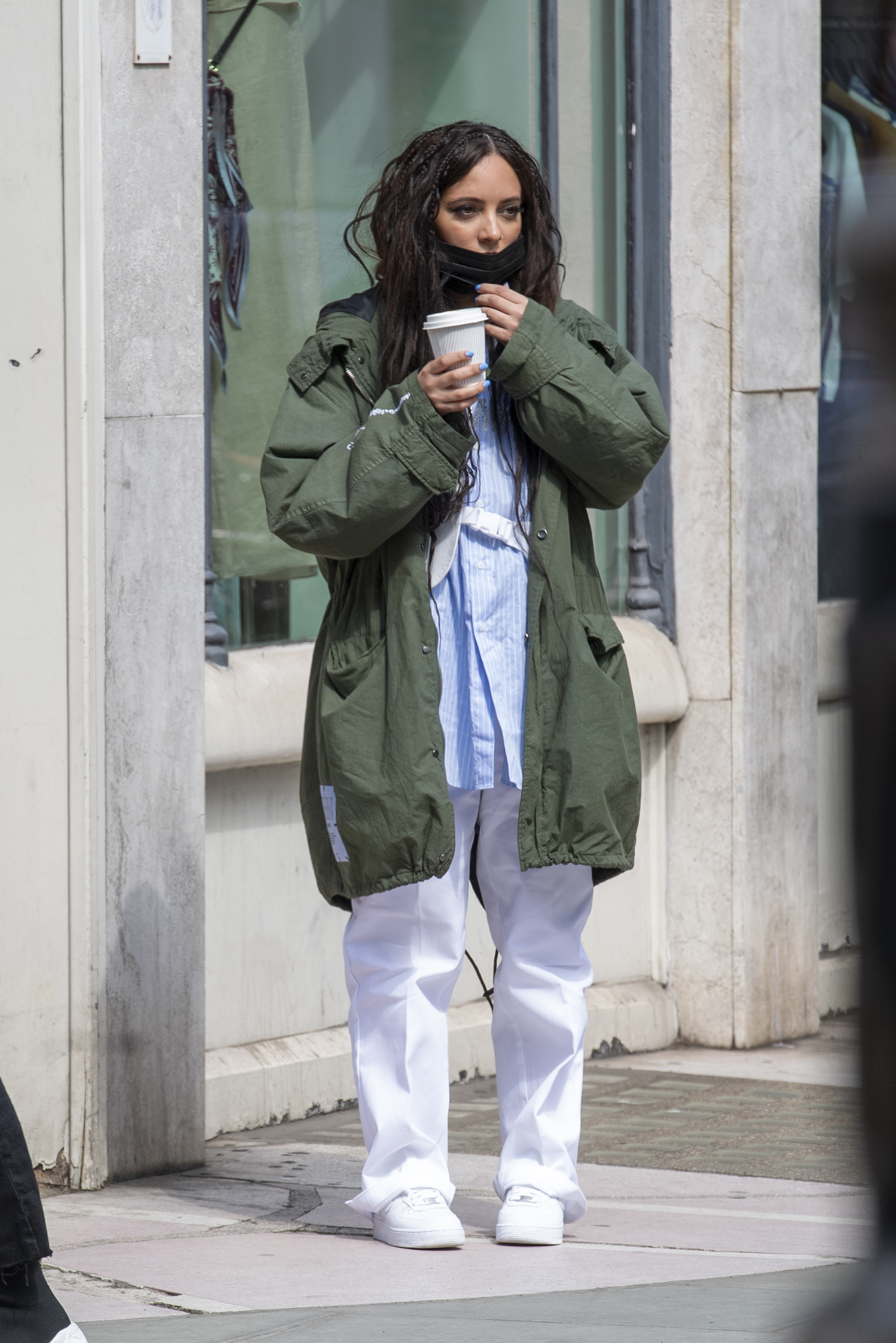