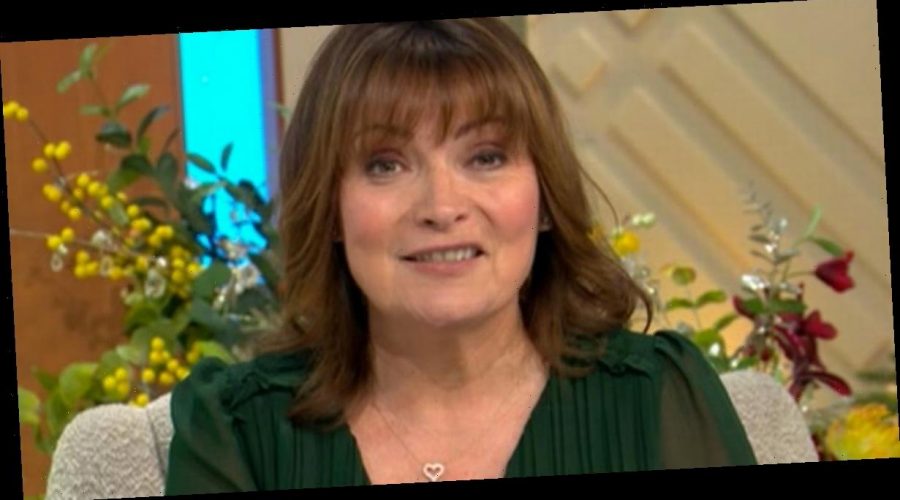 Lorraine Kelly, 60, explained to eagle-eyed fans why she wasn't wearing her wedding ring on her breakfast show today.

The presenter's wore no hand jewellery as she presented Lorraine today – prompting fans to rush to Twitter to speculate over the reason why.

The daytime TV host settled the debate when she told how she took off her rings to ‘wash her hands” frequently while filming.

She added she removed her jewellery to prevent losing any items.

Lorraine said: “I wash my hands so often I’ve kept my rings off so I don’t lose them.xxx.”

One wrote cruelly: "@reallorraine what is wrong with your hands they look so old.”

The 60-year-old joked: “Well I wash them so much to keep Covid at bay they’ve turned into dried-out husks – and also I am quite old!”

Alex, whose younger brother died by suicide last year, said he is concerned about the mental wellbeing of schoolchildren as coronavirus cases in the UK continue to rise

Lorraine married her husband Steve Smith since 1992 and they share daughter, Rosie Smith, 25.

Lorraine has previously spoke of her happy marriage to Steve.

She told Hello! that the couple spend all their free time together.

Lorraine said: “We go for a pub lunch at the weekend."

The pair previously relocated from Scotland to Buckinghamshire in order to be nearer Lorraine’s work in London.

Lorraine has told how she found travelling difficult in the past.

She shared: “On a Sunday I always had that flight back hanging over me.

“Like at 4pm I would have to leave and get the flight back down and it’s all of that."

Lorraine told how she has enjoyed spending lockdown with Steve.

She said: “It makes it a lot easier now, I know we have been together for 30 years, married for 25 years it’s almost like another stage in the relationship.

“Like getting to know each other again and spending time with people."

It isn't the first time Lorraine has been quizzed by her fans after removing her wedding band.

Last year Lorraine explained to fans she had removed her rings because she had “sore hands” due to continual washing during the pandemic.

She explained: “Obviously we need to keep thoroughly washing them [hands] as often as possible and I'm actually using up that Xmas pressie hand cream I got given.