LORRAINE viewers were stunned to see two pigs going at it in an X-rated clip this morning.

The censored Escape to the Farm clip had Lorraine's stand-in host Ranvir Singh giggling as she interviewed Kate Humble. 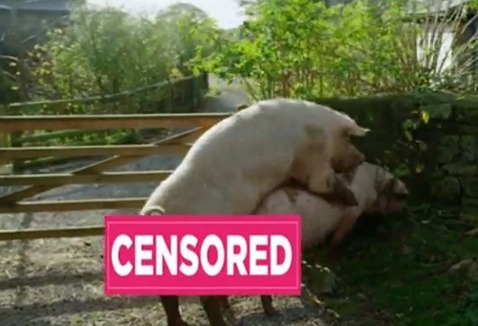 A boar named Ted mounted the aptly named Sausage and proceeded to give a new meaning to the term piggyback.

Ranvir said: "Now tonight, Kate Humble is back with a new series of Escape to the Farm and be warned…this clip contains some rather saucy scenes."

Countryfile host Kate then said: "When a pig is in season you kinda want to take advantage of it, so I think we might have a winter romance in our hands."

The comical scene was made even better by Kate's narration. In the build up to the romp, she said: "Hold on Ted, don't destroy me fence, we're going to get you together in a second! We've just got to work this out." 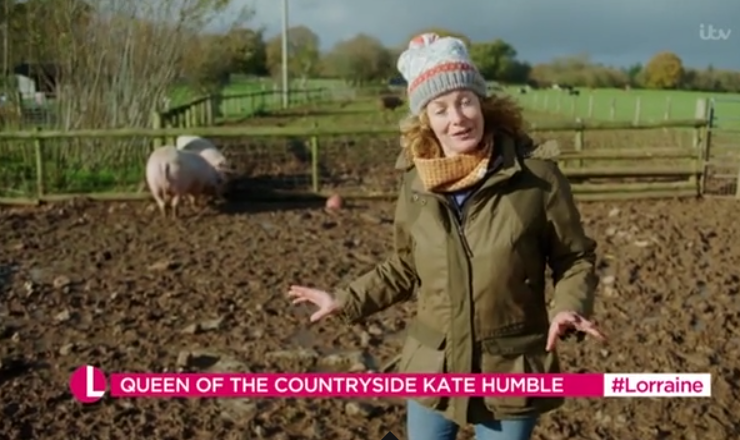 And as the session got underway, she added: "However, before I could get Ted and Sausage inside, they sneak out into the yard and get straight to it."

Viewers were surprised and amused, with one writing on Twitter: "Love watching pigs shagging first thing in a morning [laughing emoji]."

Another shared an infamous Black Mirror grab of the Prime Minister preparing to have sex with a pig in order to appease a blackmailer.