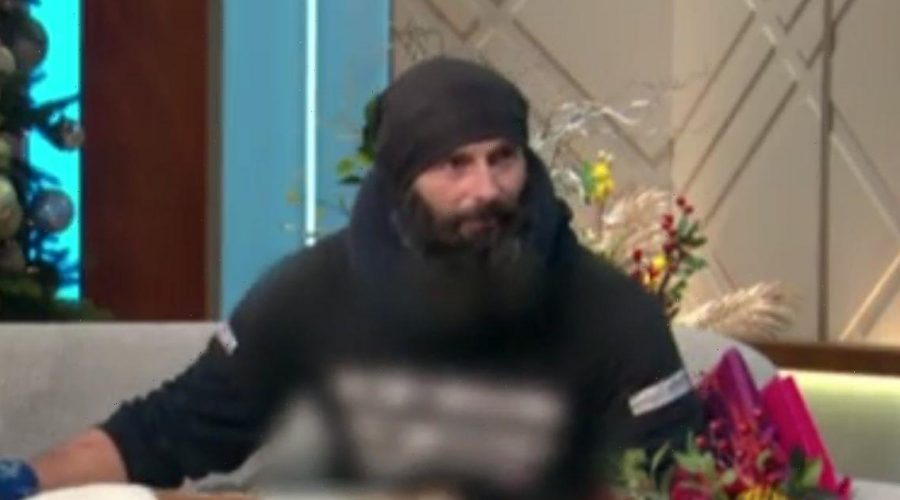 ITV Viewers were left frustrated when morning breakfast show Lorraine blurred out a guest’s charity hoodie whilst he was live on the programme.

During this morning’s show (Thursday 16th December), host Lorraine Kelly was joined in the studio by former paratrooper Chris Lewis to discuss his decision to walk the UK’s coastline in aid of SSADA, a charity that raises awareness and funds for those serving in the armed forces.

However, fans of the show were left distracted from the moving segment when they noticed that ITV had chosen to blur out his hoodie, which seemingly highlighted the details of his charity walk.

One frustrated viewer took to Twitter to say: ‘Lovely story on #Lorraine about the Ex paratrooper, shame his charity on his hoodie had to be blurred out. @SSAFA'

Another added: ‘So just watching Lorraine Kelly ex paratrooper 19000 mile charity walk for the arm forces around the uk I would like to know why they blurred his hoodie out.’

While others joined in the growing conversation, questioning: ‘Hmmm why???? #Lorraine’

Another viewer asked: “Honest question. Why did #Lorraine blur the charity dudes jumper? I don’t get it.”

Chris was on the show to discuss his charity trek, as well as how he met his now-girlfriend Kate.

As Chris opened up about his journey, Lorraine turned to Kate to bring her into the conversation, asking: “How did you meet? How did you meet him, Kate?"

Kate answered: "I was on my own sort of solo adventure on the Highlands, wild camping.”

Chris then interjected, laughing that he likes to tell the story in a different way, joking he was “fighting a Scottish bear with a salmon."

After laughing at her partner’s comments, Kate continued to open up about their love story.

She said: “I just saw this bearded, kilted man with wetsuit boots on and he captured my interest, I was immediately intrigued.”

“And he was camping, he pitched his tent down there so I went down and I spoke to you only for about five minutes."

"Then I left and about 40 minutes later I decided to do a u-turn and come back. There was something about him, definitely. And I felt like I'm not done with this man yet, I need to go back and find out more."

For more daytime TV stories, sign up to our daily OK! newsletter. Lorraine continues weekdays from 9am on ITV