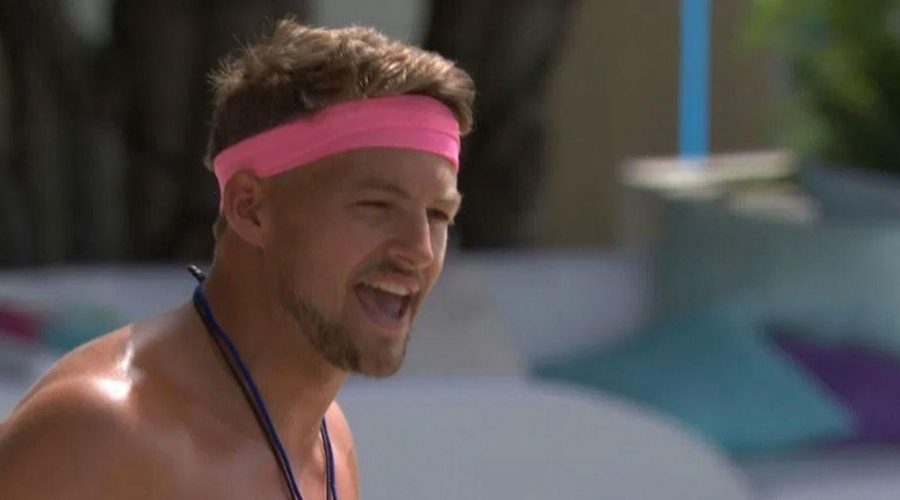 Love Island fans are fuming at Hugo Hammond for repeatedly calling Toby Aromolaran ‘boy’ after the pair fell out this week.

Viewers of the show took to Twitter to air their rage after the pair sat down after their explosive row, and again following the Sunday episode’s Sport’s Day task.

Hugo was heard calling Toby ‘boy’ in their fiery chat before saying it again as they squared up against each other for the sack race.

One fan tweeted: “Hugo needs to stop calling Toby boy I may not like the guy, but I’m starting to take this personally.”

“I really want Hugo gone then I don’t have to listen to him calling Toby boy anymore. Rubbing me the wrong way!,” a third wrote.

Others have compared the remark to that a teacher would use, suggesting Hugo is reverting back to his training.

"I do not like the way Hugo calls Toby 'boy' like stop it he’s not one of your students," one fan said.

Agreeing, another added: "Hugo was a training teacher. He needs to stop forcing this teacher role. He’s not a teacher! And he needs to stop calling Toby ‘boy’.”

A third penned: "The way hugo keeps referring to toby as boy fully encompasses high school pe teacher who tries too hard to be mates with 14 year olds.”

Hugo and Toby fell out last week when the former lashed out at Toby’s behaviour towards Chloe Burrows in his recouping speech.

The 22-year-old called out Toby for treating Chloe badly and in doing so earned his wrath.

While the pair attempted to mend fences in the next episode, they were unable to kiss and make up.

Toby argued back: "You could have done that privately, you tried to embarrass me, you went about in the wrong way and I'd never do that to you.”

Accepting that they'd "never agree", Hugo then jibed that he hopes Toby's new partner Abigail isn't the third he'll ditch if his head is turned.

Get the latest updates from the Love Island villa by signing up for the Daily Star Showbiz newsletter.