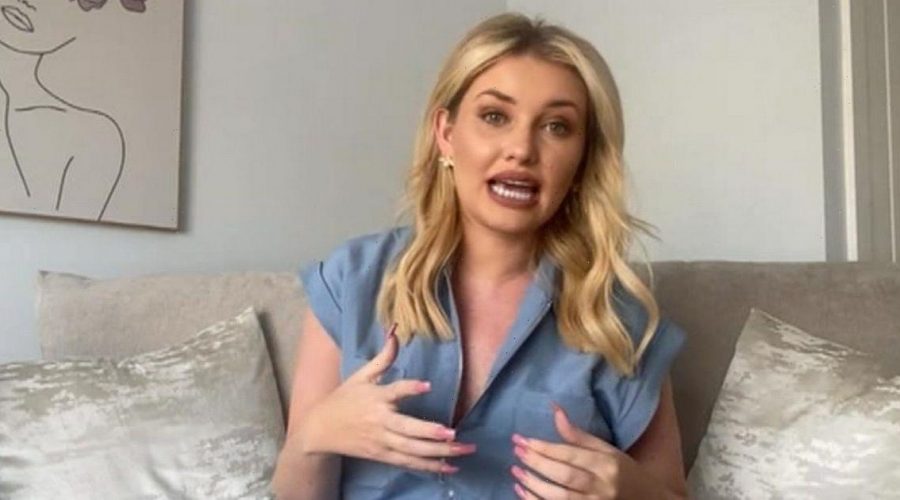 The Love Island beauty Zoomed into the show to chat about her life since first appearing on the ITV2 dating show two years ago.

One big change is that Amy spoke in front of various MPs after discussing online abuse as the star focuses on making a change for people in the public eye.

Chatting about her experience in the House of Commons earlier on in the year, the blonde beauty dropped a bombshell and has hinted at a political career overhaul.

Amy spoke to the Loose Women ladies and addressed her experience with getting trolled online and then getting asked to speak to MPs in parliament.

While in parliament, she revealed that she had been sent vile messages of abuse from nasty online trolls, which included death threats from a 13 year old.

The 29-year-old influencer recalled the horrific abuse that she regularly receives online whilst appearing in front of the Digital, Culture, Media and Sport Committee on September 14.

The former air-stewardess was invited to speak during the DCMS committee's inquiry into influencer culture which was held in the House of Commons.

She said: "I never thought I'd end up in the House of Commons, I'll be honest," before explaining what it was like.

The star explained how she was proud of her appearance in the Commons: "They said I could go back, so I'll be going back again hopefully."

Gloria praised the star for changing the perceptions of Love Islanders after her recent Question Time appearance, and asked her if she had always held an interest in politics, to which Amy replied: "Yeah, I've always been interested in politics since I was a child. My granddad was a councillor."

The former Love Islander said that she is keen to right wrongs and be a voice of change, admitting that she isn't sure she'd like to be an MP, but would definitely like to use her platform for positive change.

Amy then segued into an exciting revelation when she introduced her new beau live on air.

The star had a troubled time in the Spanish villa two years ago, but has finally found love and seems content.

At the end of the summer, back in August, Amy took to Instagram to introduce her fans and followers to her new boyfriend Sam, where she penned: "Good things come to those who wait."

Racking up almost 200,000 likes, people were overjoyed for the star who has had a rocky time when it comes to love.