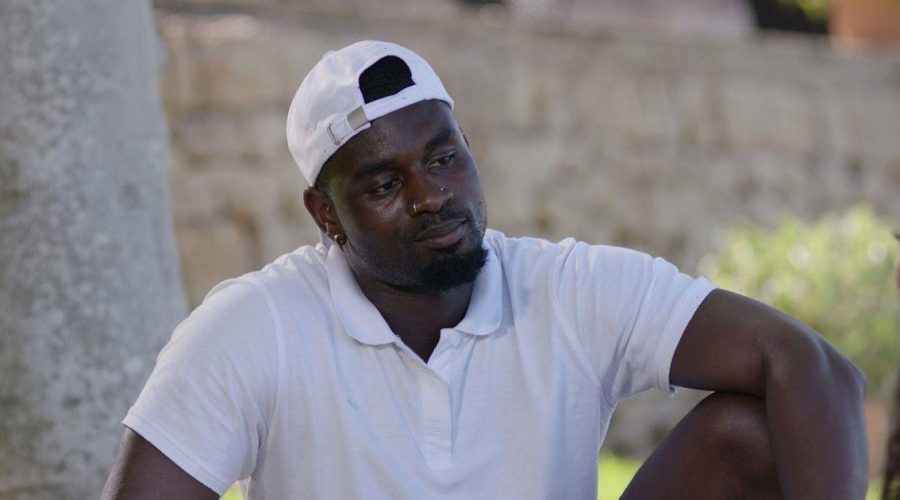 Love Island's Dami Hope has confused a lot of viewers with his accent and has revealed that he often gets mistaken for being American.

On Love Island's Unseen Bits, Dami, 26, could be seen chatting to his partner Amber Beckford, 24, on the terrace after being initially coupled up.

During their 'getting to know each other' chat, Amber asked him: "Do people think you're American sometimes?"

To which he replied: "Yeah sometimes, it's because of my accent but I can do an Irish accent too."

He then proceeded to do an impression of a thick Irish accent which Amber then mimicked back at him.

Throughout the show, fans have come to love Dami's sweet nature but have been ever increasingly confused by his accent.

One fan wrote: "Why does Dami’s accent switch between Irish to American every 3 seconds #loveisland"

A second added: "Dami's accent is swinging between Naij and Irish, I like it lol #LoveIsland"

While a third penned: "Dami’s accent changing every 20 seconds #LoveIsland"

"Dami, my brother. Please pick an accent or let it all out. It’s like ping pong between Ireland and Nigeria #LoveIsland" shared a fourth.

A fifth put: "me tryna identify what accent dami’s changes to every second #LoveIsland"

"Dami talking like mandem in an Irish accent is throwing me #LoveIsland" wrote a sixth.

Another user came to his defence and said: "Hate the accent police. Leave Dami alone. His accent is a mix of irish, black irish and nigerian. V normal here. #LoveIsland"

Other viewers were thrilled with the love match and wished the couple to win the show.

"AMBER AND DAMI MATCHING OMG THEYRE SO CUTE #LoveIsland," one fan of the couple shared.

Other ITV2 viewers also voiced their opinions of Dami on Twitter, with them hailing him as the new Ovie Soko.

One fan said: "Dami is slowly but surely reaching Ovie levels of perfection.

"We love our unproblematic, emotionally mature, and bantering king! #LoveIsland"

Another commented: "Dami is just there trying to make everyone feel better. He is just a sweetie #LoveIsland"

Love Island airs nightly on ITV2 and ITVHub at 9pm

For the latest breaking news and stories from across the globe from the Daily Star, sign up for our newsletter by clicking here.