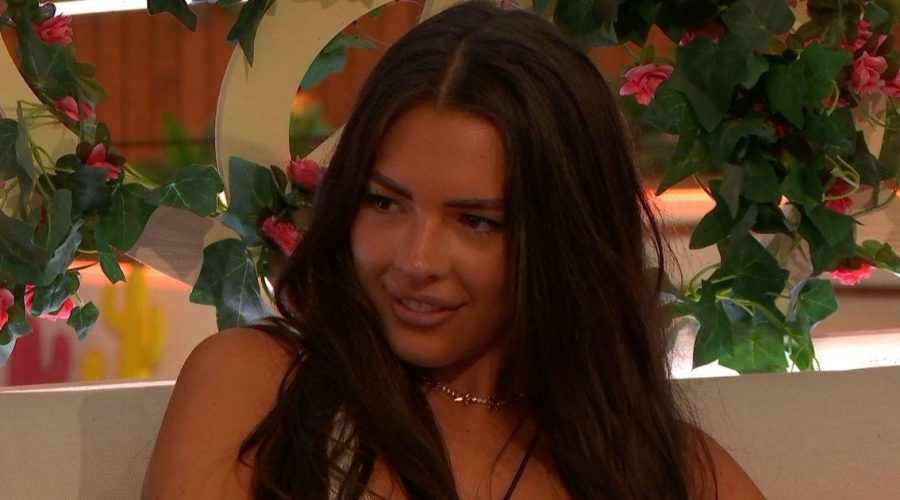 Gemma Owen has exhibited "unusual" behaviours on Love Island that suggest she's aware she's being watched by viewers, an expert has revealed.

Body language expert Inbaal Honigman spoke exclusively to Daily Star after analysing Gemma's actions in the villa – and finding plenty of insights about the brunette.

19-year-old dressage rider Gemma entered the ITV2 dating show this week with her fellow castmates as the hit dating show returned with its latest series.

Gemma, who is the daughter of former England striker Michael Owen, has turned the heads of the villa hunks but has been coupled up with Italian hunk Davide Sanclimenti.

However, fans were baffled when they spotted the star looking directly into the hidden cameras in the villa during episodes.

Body buff Inbaal explained Gemma's looks into the secret cameras could suggest she's "aware she's on TV, aware that her family are watching, and is keen to make a good impression at all times."

Gemma previously said she wouldn't want to do anything to embarrass her family and that she promised her dad she'd "keep it classy" in the villa.

She said: "During Gemma's chat with Liam, she looks away from him, while he is giving her a moving and personal compliment, and for a few long seconds, she stares right down the barrel of the camera, making eye contact with the viewer."

Inbaal went on: "Whereas some of the islanders are relaxing and learning to have fun with their very unusual situation, Gemma appears as if she's aware she's on TV, aware that her family are watching, and is keen to make a good impression at all times, and to look great in potential videos and screen shots of the show.

"Even for a girl as gorgeous as she is, this is not an easy task, and requires constant concentration. Keeping the hair in place, keeping her clothes draped nicely, and maintaining flattering poses, takes focus."

The expert noticed Gemma displayed "very unusual" and 'unnatural' behaviour when she talks to her dates, such as Davide.

She said: "During her date with Davide, for example, Gemma demonstrates multiple occasions when she's looking away from him as she talks, angling her body into attractive poses, and stroking her hair.

"The way she pulls her shoulders back and then turns her head towards where she imagines the audience would be, is not natural.

"The way she sits up, legs gathered underneath here, in a very posed way, doesn't look comfortable – especially in comparison with Davide, who's living his best life, sunning himself in a series of comfy slouches with zero regard to how the camera captures him."

"Most telling of all, is the way that his body is facing hers, which is what people do when they're talking to somebody, but her body is facing the audience. She knows that people are watching."

Inbaal also theorised Gemma could be "trying to pose prettily" for other hidden cameras.

Whilst Gemma's behaviours could come across as unnatural, they are actually common with people who are used to having cameras around.

And Gemma would be rather well acquainted with them given her dad's football fame.

Inbaal said: "This behaviour comes across quite unnatural to the untrained eye, and would make her seem quite robotic in her physical responses to situations, because she doesn't let her body do its own thing.

"If she grew up around fame, and had friends and family who had to learn proper TV studio etiquette and behaviour, she may be copying this behaviour and not even realise that it's unusual."

To find out more about Inbaal's work, you can visit her website here.