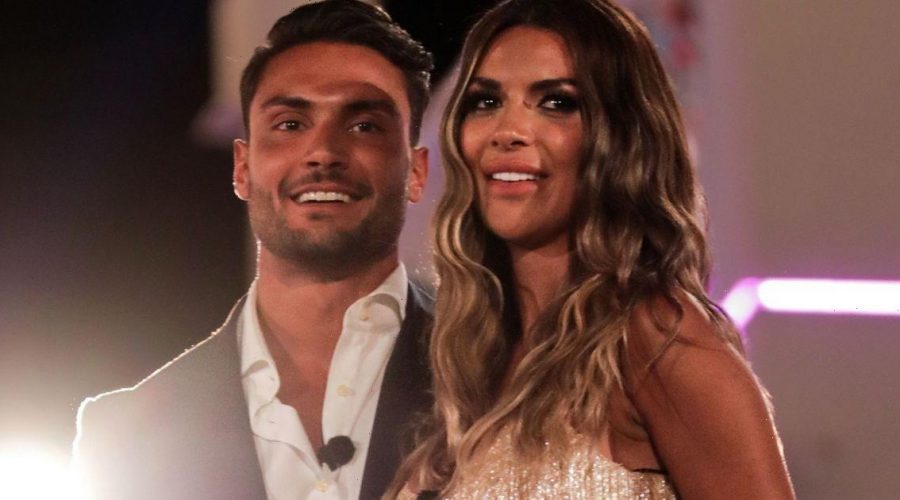 Ekin-Su and Davide have been crowned the winners of Love Island 2022.

A tense final saw the fiery pair take the top spot as Gemma and Luca came in second place.

The winning couple are already set for huge success after leaving the villa, and have also walked away with the £50,000 prize money.

Their fans were ecstatic to seem them win, but the final did leave viewers confused.

Viewers were disappointed when Laura Whitmore announced that a key element of the show had been axed from the final at the last minute.

What is the split or steal twist?

Usually, after the Love Island winners are announced the couple are handed envelopes, one with £50,000 written inside it and one with £0 it.

The Islanders with the £50,000 must then choose whether to split the money with their partner equally, or to steal it all for themselves.

The split or steal element of the show is usually a key part of the final, but last night it didn't happen, and instead Ekin-Su and Davide will be walking away with £25,000 each, after the show's producers made the decision for them.

Why was steal or split axed?

It's the first time in the show's history that split or steal has been scrapped in a bid to "keep the show feeling fresh".

Explaining the reasoning behind the decision, a show source told The Sun: “The decision to split or keep the money has gone, so when the couple wins they will automatically share the prize money.

"This has been a series with a number of format changes, including the viewers’ choice in the first recoupling, just to keep the show feeling fresh.”

Producers might have also chosen to axe the twist because no contestant in the history of Love Island has ever chosen to steal the cash.

However, that might have changed if they'd have gone ahead with it this year as Ekin-Su is reported to have been "tempted" to steal the cash before entering the villa.