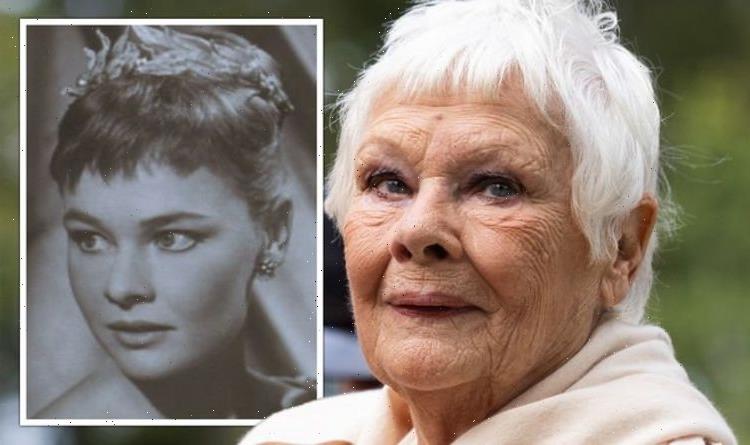 Who Do You Think You Are?: Judi Dench discovers Danish link

Much-loved actress Judi Dench has been a hit with film lovers and theatre-goers for over six decades, after beginning her career as Ophelia in Hamlet. She fell in love with theatre and often shunned film roles to be on the stage or in TV sitcoms. Reflecting on her very early career, Judi recalled making a spectacle of herself upon hearing she would “walk on” at the Old Vic.

An archive clip of Judi talking on Release in 1968, was shown on on BBC’s Talking Pictures, revealing how she landed that first role as Ophelia.

She explained: “I didn’t take it all that seriously. I was a kind of, enthusiastic schoolgirl, do you know?

“And the person who really, really made a big difference was Dicky Hudd at Central.

“In my third year, Dicky Hudd said to me, ‘Michael Benthall wants to see you at the Old Vic.’

“Well, I had a friend who’d left Central then and was walking on at the Vic and I thought, ‘How marvellous, this is what I’d love to do, my ambition was to walk on at the Vic.’

“And so I went along and saw him and he said, ‘Now, I want you to learn this speech from Hamlet of Ophelia.’

“I did the audition and Michael said, ‘I’m going to take the most enormous gamble, we’d like you to play Ophelia in Hamlet.’

“I just burst into tears, I’m afraid, I made a spectacle of myself.

“And he said, ‘I don’t want you to tell anyone, in fact, I didn’t tell anyone for about six weeks that it was happening.”

Judi recalled: “The younger on is, and the more inexperienced, the less frightened one is.

“I’ve never been confident, I really get so frightened that can’t speak before the first night, I get paralysed with fear.

Dame Judi went on to perform in several other Shakespeare plays including Juliet in Romeo and Juliet, and as Lady Macbeth in Macbeth.

When she did eventually branch out into films, she appeared in Chocolat, A Room with a View, Shakespeare in Love – for which she on an Oscar – and, Mrs Brown.

To younger audiences, she is perhaps best known as M in the Bond franchise, first appearing in GoldenEye before stepping down from the role in Skyfall, when her character was killed off.

Her most recent role was Granny in Kenneth Branagh’s Oscar-nominated Belfast.

The pair have collaborated many times before after meeting in 1985 and going on to work on Ghosts.

In a recent interview with FT.com, Judi revealed: “We’ve worked together 12 times since.”

She went on to add she was “frightened” of not doing the latest role of Granny, penned for her, “justice”.

Judi explained it’s a feeling she’s had since she first started out.

“I used to joke when I was doing plays at the Old Vic in my twenties that this was the one where I was going to be rumbled,” she remarked.