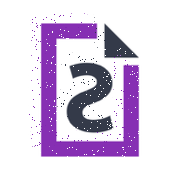 Recently, the finale episode of Married at First Sight Australia aired, and with fans just now catching up on events that first occurred years ago, the conversation is just beginning. In particular, viewers are captivated with the story of Jessika Powers, who admitted in the finale that she has gone through the wringer over the past couple of years, following a traumatic breakup.

‘Married at First Sight Australia’ is a popular reality series

The two shows share many similarities, including the same basic premise: in which strangers are paired together and challenged to make a relationship work, in spite of the odds being stacked against them. Still, there are some major differences between the two shows.

Who is Jessika Powers from ‘Married at First Sight Australia’?

One of the cast members who has consistently brought the drama to Married at First Sight Australia is Powers. She was first introduced to viewers of the show in season 6, meeting and eventually marrying Mick Gould. However, things crashed and burned fairly quickly between Powers and Gould, especially after their wedding ceremony turned to shambles following a crude speech from Gould’s best man.

Powers caused some raised eyebrows when, not long after her wedding to Gould, she embarked on an affair with Dan Webb, who was then married to Tamara Joy. The affair not only changed the course of the pair’s respective relationships with their spouses, but it caused viewers to look sideways at both Webb and Powers. Ultimately, Webb broke up with Powers shortly after the season 6 finale aired.

In early 2021, the Grand Reunion episode of Married at First Sight Australia aired on television, allowing viewers to catch up on everything that happened between Powers and Webb. As reported by Metro, Powers was transparent about her struggles in the wake of the breakup with Webb, admitting that Webb broke her heart, and ushered in an era of addition.

“I was at a really low point, I actually got a really bad Xanax addiction. I was drinking a bottle or two of white wine a day on Xanax. It was really bad,” Powers stated. “I’ve been through a lot in my life, a lot of bad things. Honestly that was the hardest time I’ve ever been through, and the one time I couldn’t bring myself out of it. It was pretty scary.”

Even though the show only recently aired on television, the events depicted actually took place close to three years ago — and these days, Powers admitted that she is doing “fine,” saying that she has “come to terms with it.”

28/05/2021 TV & Movies Comments Off on 'Married at First Sight Australia': Jessika Powers Turned to Wine and Xanax After Dan Webb Broke Up With Her
Lifestyle