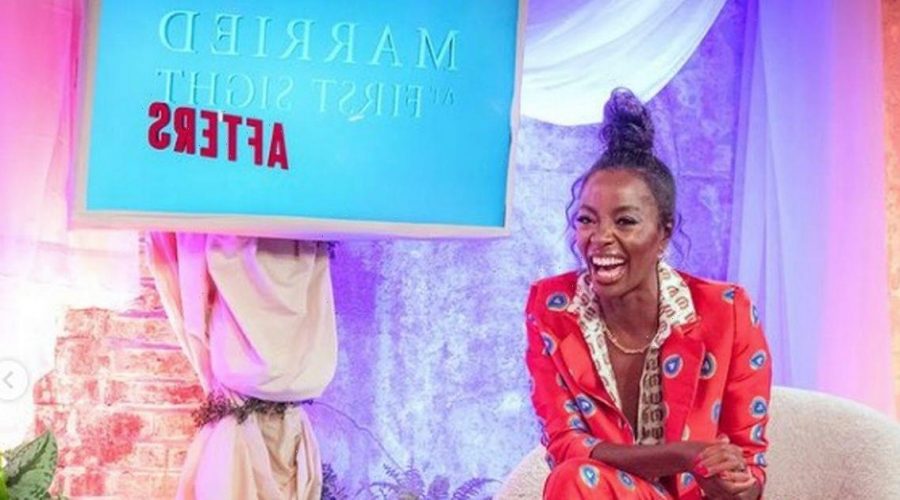 Married At First Sight UK fans were left furious on Thursday night as a series of technical issues on E4 prevented the final episode being shown and the show's spin-off series Afters.

Taking to Twitter, Married at First Sight: Afters presenter AJ Odudu confirmed that the show wouldn't be airing as she issued an update to frustrated viewers.

The TV star, 33, tweeted: "Oi oi! @E4Tweets have had a little (massive) technical glitch so won't be showing tonight's #MAFSUK final. But fear not, there'll be no spoilers on #MAFSAFTERS as that won't be shown either. Both coming soon."

Those watching E4 on TV instead had an episode of First Dates while those watching on Channel 4's streaming site were met with a purple screen, saying: "Sorry – the current show is not available on watch live. We'll be back shortly." MAFS UK fans were left devastated over the latest development as they replied to AJ's tweet sharing their disappointment.

One person said: "Better not have to wait until Monday for them both as it doesn’t normally air on a Friday!"

A different account put: "Well at least I can go to bed knowing I haven’t missed anything ffs."

Another follower commented: "Is it coming out today or not ? I’m tired now and would love to know so I can actually go to bed."

While a different show watcher added: "Thanks for actually letting us know!" followed by a heart emoji.

It comes as MAFS UK fans were left furious on Thursday night as E4 accidentally repeated Wednesday's episode instead of the new final instalment.

Show watchers had been looking forward to see the final vow renewal results of Tayah and Adam, Luke and Morag, as well as Amy and Josh. However, they were soon left confused as it repeated Wednesday's episode where it showed both Daniel and Matt and Marilyse and Franky's journeys, which had been revealed the night before.

The repeated episode then froze after the first 15 minutes as a purple message popped up on screens saying: "Programmes will continue shortly."

E4 was quick to Tweet abut the confusion, writing: "We’re aware it’s yesterday’s episode of #MAFSUK playing out this evening and apologise.

"It’s all down to our ongoing tech issues which we’re working hard on. We’ll update here as soon as we know more and when you’ll be able to see the final episode of MAFS UK."

Dating expert Paul Carrick Brunson also took to Twitter, claiming that the final will be aired at some point on Thursday evening, however, that doesn't appear to be the case.

He tweeted: "Just heard from one of #MAFSUK’s producers. Channel 4 is battling technical issues but WILL AIR THE FINALE TONIGHT!!!"

Although E4 clarified: "To confirm, #MAFSUK and Afters won’t be playing tonight. We’re sorry again – we’re working to make it available on All 4 and E4 as soon as possible and we’ll update as soon as we know more."

OK! contacted E4 for further comment, who said: "Following the incident at the weekend, Channel 4 and All 4 are still experiencing technical issues and we’re working very hard to fix it."

Taking to Twitter, furious show watchers shared their anger as they asked to know "what is going on" and demanded that E4 "sort it" so they can get their fix.

A different account put: "@E4Tweets Why are you showing us last night’s episode?! #MAFSUK."

Another follower commented: "Erm @Channel4 this is last nights episode of #MAFSUK what are you playing at lately?!"

While a different show watcher added: 'WHY ARE THEY REPEATING YESTERDAYS EPISODE NOOOOOOO #MAFSUK."

It comes after MAFS UK fans were left incredibly frustrated earlier this week as All 4 continues to suffer with technical difficulties as they were unable to watch E4 live via Channel 4's streaming site.

Channel 4 first reported issues on Saturday, following an activation of the fire suppression systems at the broadcast centre in London, which caused its channels to go off air.

Married At First Sight UK airs on Monday at 9pm on E4. Catch up on the series so far on All 4.

For more juicy gossip on your favourite stars, Married at First Sight UK and the couples, sign up to our daily newsletter here.