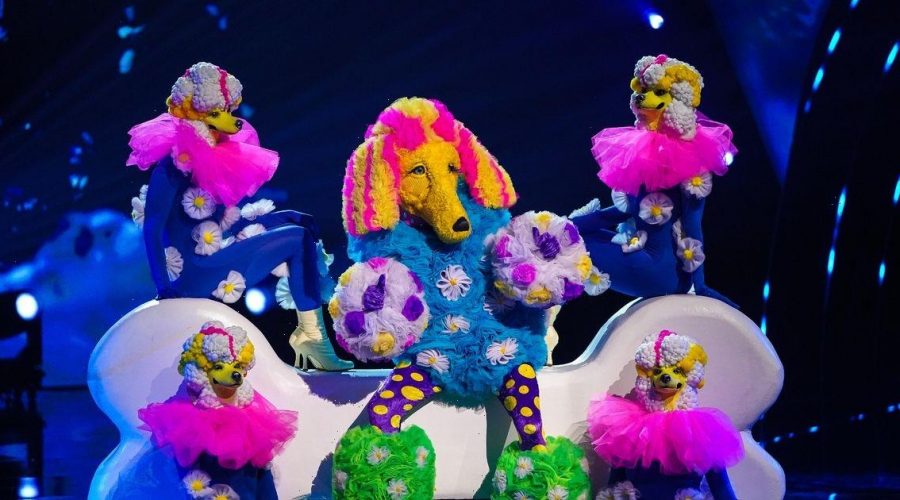 Poodle has become the fifth character to be given the boot from the current series of The Masked Singer UK.

The wacky ITV guessing game show returned to our screens on Saturday night for the latest instalment of the third season.

All eight remaining contestants took to the stage and went up against each other for the first time.

The outrageous characters sung their hearts out in a bid to impress the studio audience and celebrity detectives Mo Gilligan, Davina McCall, Rita Ora and Jonathan Ross.

After plenty of show-stopping performances, host Joel Dommett announced the names of the contestants in danger of being axed.

Robobunny and Poodle found themselves in the bottom two and Mo, Davina, Rita and Jonathan were later forced to decide which character to send home.

The panel decided to unmask Poodle and waited patiently find out their true identity.

It was later revealed that Keane singer Tom Chaplin was hiding behind the mask.

Taking to Twitter, one fan penned: "As if the lead singer of Keane was poodle? I did not see that coming."

Another added: "Well @tomchaplin had me completely fooled! Didn't want Poodle to go home but I was embarrassingly overexcited to see it was him"

A third person posted: "I totally thought Poodle was @LeeMack"

While a fourth social media user said: "I was convinced poodle was Mika so that was a fun surprise reveal #MaskedSingerUK"

Speaking after his elimination from the programme, the sportsman opened up about what made him want to go on the show.

He said: "I’ve always been a frustrated rock star and fancied doing the Masked Singer from the first day I saw it.

"I just thought it would be so much fun to rock out, although I prefer to hide behind a guitar instead of a sweaty mask.

"It was a great experience overall. As luck would have it, my schedule cleared.

"I’m a big believer in letting your higher power take over and I suppose it meant I was able to take part in the show."

Singing sensation Heather Small was the first celebrity be be kicked off the show after performing as Chandelier.

Fans will have to wait to find out which celebrities are hiding behind the seven remaining disguises.

For more of the latest showbiz news from Daily Star, make sure you sign up to one of our newsletters here