Paramount+ has unveiled the first look at Taylor Sheridan’s upcoming drama Mayor of Kingstown. The streamer debuted a trailer for the series, which comes from the Yellowstone creator, during its virtual TCA presentation Tuesday.

The 10-episode series stars Jeremy Renner and Kyle Chandler, who with Taylor Handley play the McLusky brothers in a city where incarceration is the only thriving industry. The show tackles themes of systemic racism, corruption and inequality and provides a look into their attempt to bring order and justice to the lawless town of Kingstown, MI.

Paramount Network will air the premiere event for Mayor of Kingstown on November 14 following a new episode of Yellowstone, a back-to-back night of Sheridan-penned series.

During the Q&A, Renner praised the strength of the script and described what interests him about morally complex characters like Mike McLusky.

“I like exploring and even supporting that idea of them having a moral compass. Not all actions are perfect, right? We’re all flawed. But, if it still comes from a strong base that’s unflappable, there’s something beautiful about that. Mike possesses those things,” Renner said.

Executive producer Glasser said a key ingredient in Sheridan’s successful career is in how he approaches television-making.

“He has a phrase he always uses: ‘We’re not making TV, we’re making a 10-hour movie.’ If we can operate making a 10-hour movie, then we will give audiences something special. That goes from the cast you see here to the way the shows are shot to the team that we work with, even down to the lenses that are used on the on the show,” Glasser said.

When asked about the creators research into incarceration, Dillon recounted memories from his childhood where he was raised in a prison town and how that was embedded in the writing.

“I would drive by the shadows of the penitentiaries. I remember [as a 6- or 7-year-old] in the back seat and I thought it was Disneyland. So I was there. There were nine [penitentiaries] in that town. It’s just something I grew up with,” Dillon said.

Mayor of Kingstown is produced by MTV Entertainment Studios and 101 Studios.

Check out the trailer above and the first-look poster below. 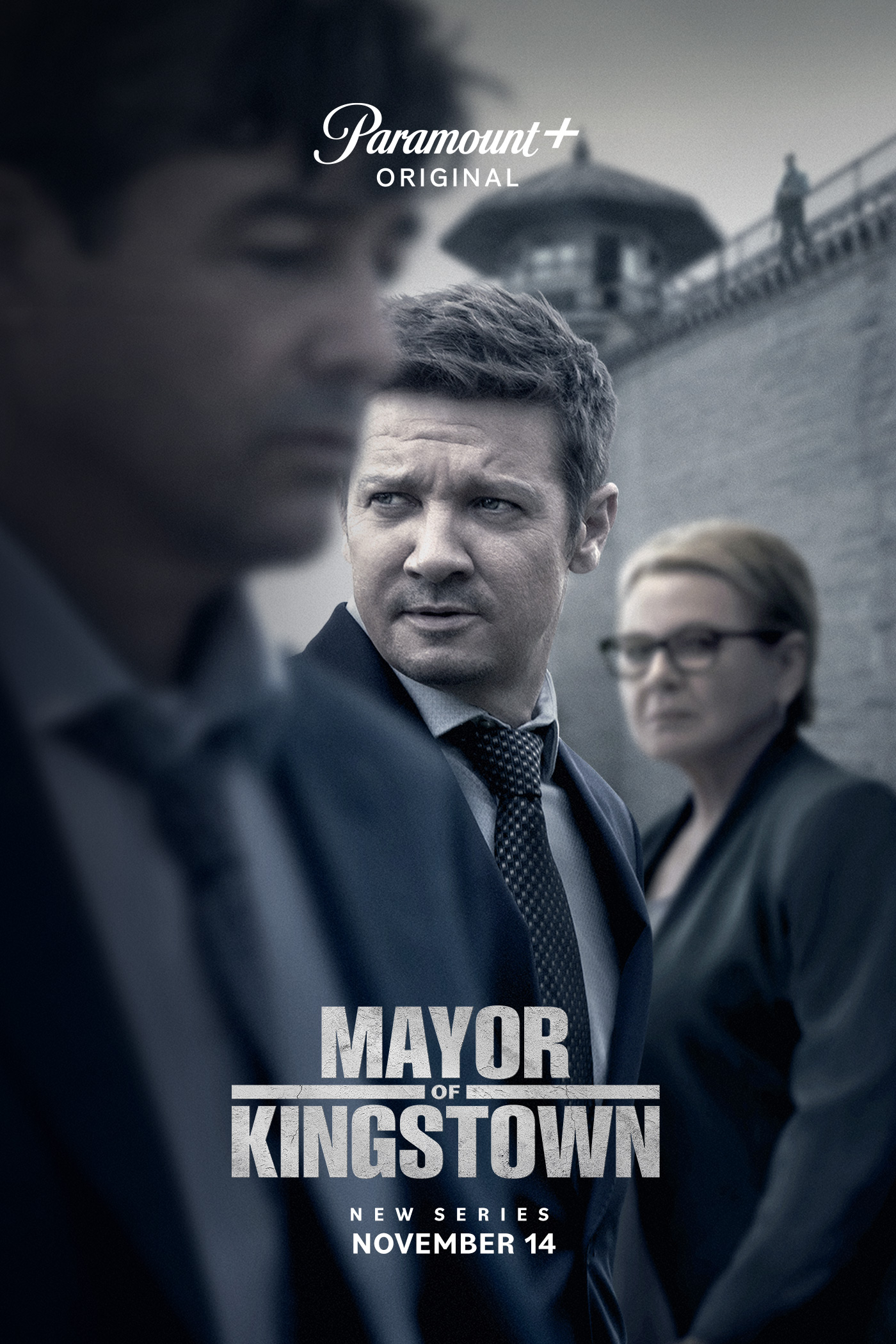