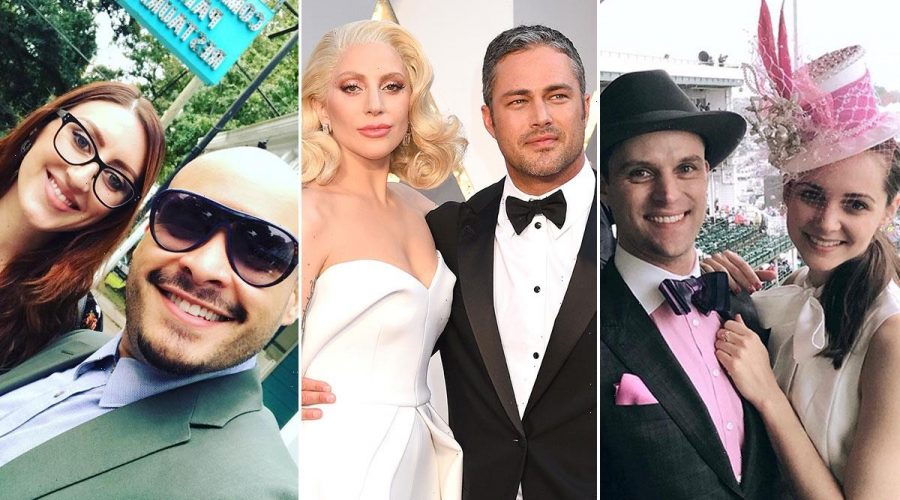 Are you a fan of Chicago Fire? The addictive drama, which has been on screens since 2012, follows a group of Chicago-based firefighters and chronicles the issues they face both on and off the job.

The series has made household names out of its cast members, but what do you know about their love lives? Find out more about their previous and current relationships here…

He tied the knot with research scientist Kali Woodruff in a small ceremony in her home town of Neptune, Florida. The pair had been dating for a number of years, having met in 2014 at a music festival with friends.

MORE: Chicago Fire’s Jesse Spencer – what you might not know about him

Prior to that, Jesse dated Brazilian big wave surfer Maya Gabeira for three years and his House co-star Jennifer Morrison between 2004 and 2007, whom he proposed to during filming.

Kelly Severide actor Taylor Kinney was previously engaged to pop star, Lady Gaga. The pair met in 2011 on the set of her music video for her song You and I and began a romantic relationship shortly after; he popped the question in 2014. However, things weren’t meant to be and they ended up calling off their engagement in July 2016.

Following their split, Page Six reported that Taylor had found love again with Alanna DiGiovanni, but they no longer seem to be together. As Taylor prefers to keep his personal life out of the spotlight, it’s not known whether he is currently dating anyone.

Sylvie Brett actress Kara Killmer is married to fellow actor Andrew Cheney. The two met in 2015 when they were cast alongside each other in the movie, Beyond the Mask. After a year of dating, they tied the knot in May 2016, meaning they have recently celebrated their fifth wedding anniversary.

While it’s not known whether Miranda is in a relationship, in an exclusive interview with HELLO!, the 30-year-old actress spoke about relationships, saying: “I really believe commitment is a facilitator of freedom, and that commitment provides a bed of trust, whether in a relationship or a practice.”

British-born Eammon Walker dated his wife Sandra for more than 20 years before finally popping the question to her. Together, they now live in Los Angeles with their three children.

Alberto Rosende, who plays Blake Gallo, has been dating Tessa Mossey since 2017.

The pair met on the Freeform show Shadowhunters, when Tessa joined the cult program as a human girl who desired to be turned into a vampire.

However, Alberto and Tessa have been long-distance as he spents most of the year in Chicago filming the NBC series.

David Eigenberg is both a husband and a father! The actor who portrays Christopher Herrmann on the NBC drama shares an 11-year-old son and eight-year-old daughter with his wife, Chrysti.

Joe Minoso and his wife Caitlin Murphy Miles have the sweetest love story! The pair met on the set of Chicago Fire back in 2013 when Caitlin was working as a makeup artist. The two tied the knot in 2016 after three years together and are still going strong.