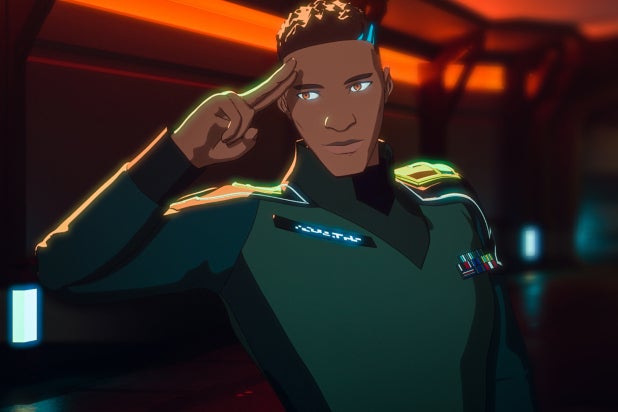 Rooster Teeth’s Michael B. Jordan-led anime series “gen:LOCK” is getting a second season on HBO Max.

It will still be available for Rooster Teeth First subscribers, just not until 90 days after it debuts on HBO Max.

50 years in the future, “gen:LOCK” tells the story of an oppressive authoritarian force that threatens to conquer the world. A daring team is recruited to pilot a new form of devastating mecha, but they must be willing to sacrifice everything to save the world. Jordan stars as Julian Chase, who leaves his life as a fighter pilot behind to become the first candidate for the program and finds his endurance — as well as his very identity — will be tested beyond anything he ever imagined.

Dakota Fanning, Maisie Williams, Golshifteh Farahani and David Tennant are all set to return to the series along with Jordan.

“We are proud to bring gen:LOCK’s bold vision, inventive style, and extraordinary cast to HBO Max, and to build on the success that our partners at Rooster Teeth and Outlier Society have crafted so skillfully,” said Billy Wee, senior vice president original animation, HBO Max.

This is the second time that a series from a sister streaming service will be available on HBO Max. “Doom Patrol” will air its sophomore season on HBO Max and DC Universe, the DC Comics-branded service. Rooster Teeth is a subsidiary of Otter Media, which AT&T gained full ownership of in 2018.

“We’re beyond excited to be producing a second season of ‘gen:LOCK’ for HBO Max,” said Matt Hullum, co-founder and Chief Content Officer at Rooster Teeth. “Billy Wee and the team at HBO Max have been incredibly supportive in the development process, and we’re thrilled to be working closely with them on this project. We were blown away by the response to the first season of this show, both by the Rooster Teeth community and the Adult Swim audience, and cannot wait to bring it to more fans of action, sci-fi, and mecha animation.”