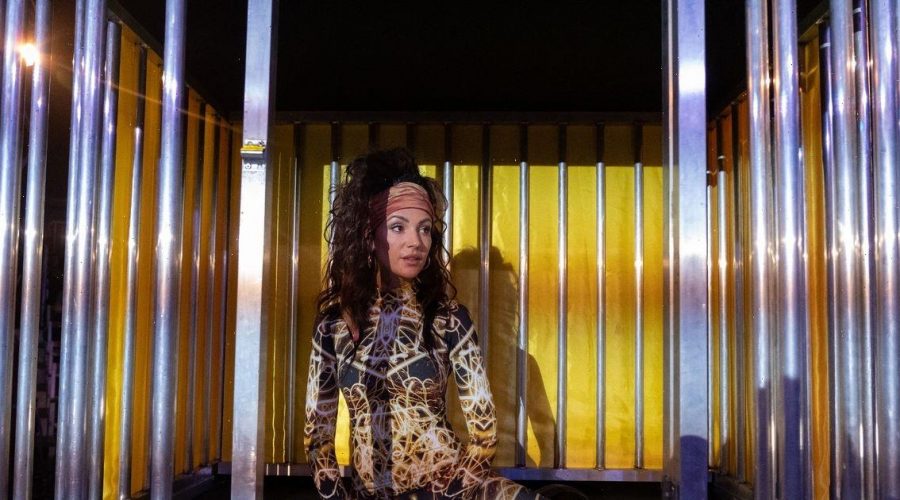 The award winning comedy-drama, which follows the lives of a group of friends from Hawley, is currently airing its fourth series – and we cannot get enough of it.

We also cannot get enough of Michelle Keegan's stunning looks in Brassic, and her character Erin, with the star oozing old school Hollywood glamour in a murder mystery themed episode of the new series.

Michelle Keegan's Brassic outfits are every inch as incredible as her character Erin Croft.

In a promo photo for TV series, the star showed off Erin's sassy signature style in a red mini dress, complete with thigh high boots for sexy, stunning edge.

Complete with her brunette locks flowing past her shoulders, Michelle looked chic, cool and completely fabulous in a look that gives us all fashion envy.

Michelle left viewers in awe as she showed off yet another glamorous look in Brassic's latest series.

She oozed old-school Hollywood glamour, as character Erin and her friends took part in a murder mystery night – in order to help cover up friend Vinny's planned wine heist of the venue.

Complete with a pop of red lipstick and with the red plunging satin dress flowing over Michelle's gorgeous curves to the floor, the star sizzled in yet another radiant look from the star.

Michelle flaunted her fabulous hourglass figure in a jaw-dropping skintight catsuit during an episode of Brassic that saw her character enter a magician's cage at a circus.

The actress' killer curves were highlighted in the catsuit, which featured a pattern design from head to toe, and showed off her toned physique in the stunning snap.

With brunette curls pushed back into a headband, and the actress posing seductively, the snap sent fans wild on social media who praised both Michelle and the TV series.

Viewers were left stunned after they were introduced to Michelle's character Erin in a rather unexpected way in series one.

Michelle could be seen in a topless passionate romp with on-screen boyfriend Dylan, with the cameras panning behind her in the steamy sex scene – before the character lay on the bed and their saucy antics continued.

It was just one of the steamy moments between the couple in series one, with the two turning up the heat once again in another steamy romp a few episodes later. We just cannot get enough of Michelle's outfits as Erin in Brassic, including her gorgeous patterned mini dress in series one when her friends organised their own festival.

The actress flaunted her endless legs and toned figure in the stunning outfit, which was paired once again with Erin's black boots and voluminous brunette locks.

Along with smoky eye-make up for a sultry finish, Michelle looked flawless as she showed that she is just as much a fashion icon on screen as she is off screen.