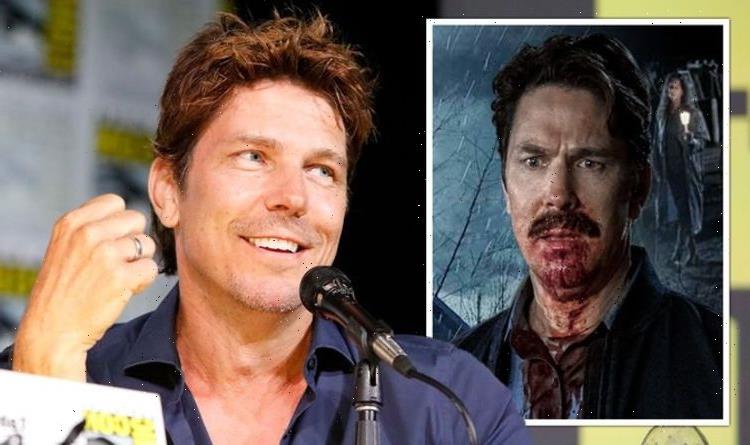 Earlier this year Netflix’s horror series Midnight Mass was released on the hit streaming service. The series is the latest work from writer and director Mike Flanagan, who previously had hits with The Haunting of Hill House, Hush, and The Shining sequel Doctor Sleep. Michael Trucco starred in the show as Crockett Island’s mayor Wade Scarborough. The American actor has recently praised streaming services such as Netflix, Hulu, and Amazon Prime Video for enabling viewers to access content from around the world.

Michael is well known for his TV roles, having starred in shows such as Battlestar Galactica, How I Met Your Mother and Disjointed.

However, he gained some extra fans this year after acting in Netflix’s horror Midnight Mass.

Michael spoke about the importance of streaming services like Netflix in an exclusive interview with Express.co.uk.

The actor confessed he was thrilled Midnight Mass was a huge hit on Netflix, noting how many viewers binge-watched the series in one go.

However, he also pointed out streaming services are also a great way to access TV and films from other countries.

Michael confessed he’s a big fan of British television and thinks American TV should learn from it.

The actor enthused: “I think that British television, you know, we’re just starting to learn that format here in the United States.

“I think that the quality of television coming out of the UK is fantastic and has been for years.

“It’s really fun for the US audience to discover it via channels like Netflix and Hulu and Amazon,” he explained.

Michael revealed his father was the first person to recommend British TV shows to him.

He said: “My father, he’s my dad’s a huge TV-phile and he’s been watching British shows from way before.

“I mean we had to get them on PBS, Public Broadcasting Service, you know.

“Even before there was Netflix, my dad would be watching British television series.

“Yeah, so I’ve got to hand it to you guys, I think that the quality of television in the UK is exceptional,” Michael remarked.

The actor explained he’s also enjoyed some big American TV in recent years, naming Game of Thrones and Breaking Bad as shows that had him hooked.

“Handmaid’s Tale is something that I think is just exceptional television making,” he added.

However, Michael also revealed that like many others across the world, he watched a hit Korean drama on Netflix this year.

He explained: “We did go down the Squid Game. We went down that rabbit hole. How could you not?”

Midnight Mass is available to stream on Netflix now.