Money Heist season four will launch on Netflix next week as the series picks up on the massive cliffhanger of part three. With the new series of La Casa De Papel, also comes a new villain in the form of a character named Gandia (played by José Manuel Poga) – here’s everything we know so far about him.

Who is Gandia in Money Heist?

The release of the season four trailer for La Casa De Papel had a number of major reveals.

This included how a minor character in part three called Gandia could be the major new antagonist of the show.

He was first introduced in season three when he tried to resist the gang as they invaded the Bank of Spain.

Gandia was even responsible for almost blinding Palermo (Rodrigo De la Serna) in the opening episodes of the third outing. 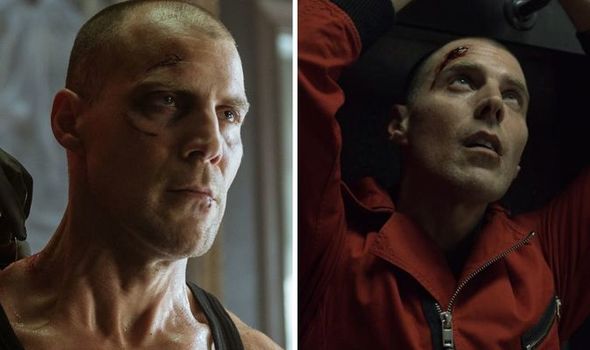 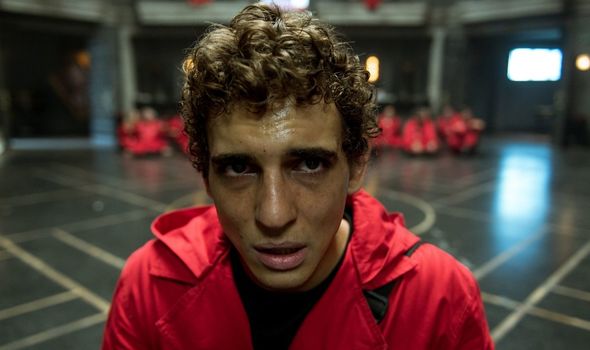 However, now it seems like he is set to play an even bigger role in season four if the trailer is anything to go by.

He is introduced as the security chief of the Bank of Spain as he reveals to the police how he managed to escape the hostage situation.

At the moment, Gandia looks like he could begin collaborating with the police department to help them take down the gang inside the bank.

In his first introduction, he says: “Colonel, it’s Gandia, the security chief of the Bank of Spain.

“I managed to break free and all the cameras have just been disconnected.” 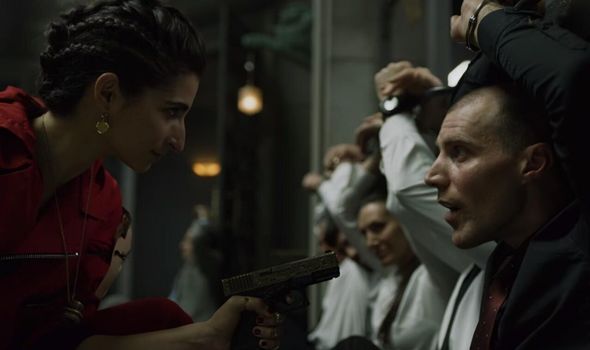 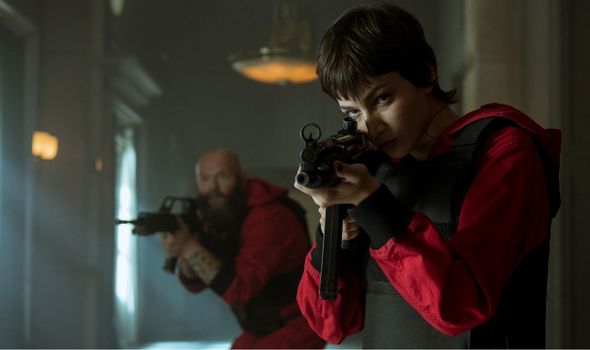 The security chief also seems to have an arsenal of weapons at his disposal and could cause some serious harm to the beloved characters.

Later in the trailer, he is seen heading back into the bank with a gun before hanging a rope around Helsinki’s (Darko Peric) neck.

As well as this, viewers get a glimpse at Tokyo (Úrsula Corberó) kicking him in the face as well as him shooting someone.

However, some viewers are not so convinced the new character is on the opposite side to the heist gang.

The main clue for this is his name, which many viewers have noticed is very similar to the format of the other characters.

Posting on Reddit, fan veepee06 wrote: “Just saying but Gandia is a city in spain.”

As viewers will know, all the major members of the heist gangs have code names which are cities.

In the show, Gandia is played by Spanish actor José Manuel Poga.
Poga has starred in a number of major Spanish-language dramas including The Plague, Fugitiva and Giants.

Speaking ahead of the new series starting, he told Spanish publication El Correo a bit about his role.

In a video interview, he said how thanks to Gandia, “the weaknesses of the characters emerge,” which makes them “vulnerable.”

The real identity and motives of his character are all set to be revealed when season four drops on Netflix on April 3.

Fans have been eagerly awaiting the new series of Money Heist ever since the last one dropped on Netflix in July 2019.

The show ended on an extremely dramatic cliffhanger with Nairobi’s (Alba Flores) fate up in the air as well as leaving the gang members trapped inside the bank.

Money Heist part 4 will be released on Netflix on April 3.