BBC Breakfast was back with Naga Munchetty and Charlie Stayt this morning and it quickly became clear the pair were in a playful mood. However, when Charlie tried to move the show along after one of Mike’s sports reports, he scolded Naga for joking around.

“You get a cuddly lion as a mascot from the competition sponsor when you win,” Mike explained after a report about the Tour de France.

“But I remember seeing Chris Froome’s collection, another cuddly lion.

“I mean he gives them away to fans and stuff.

“But, they always put a brave face on when they are holding up the lion.” 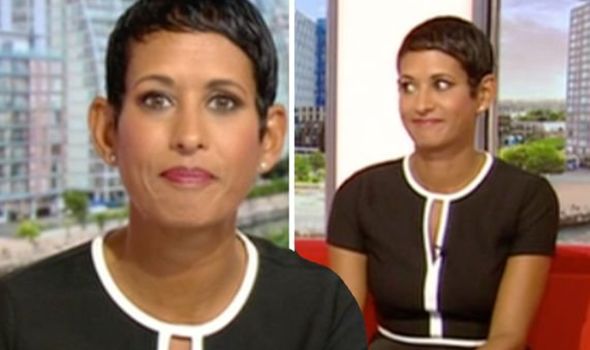 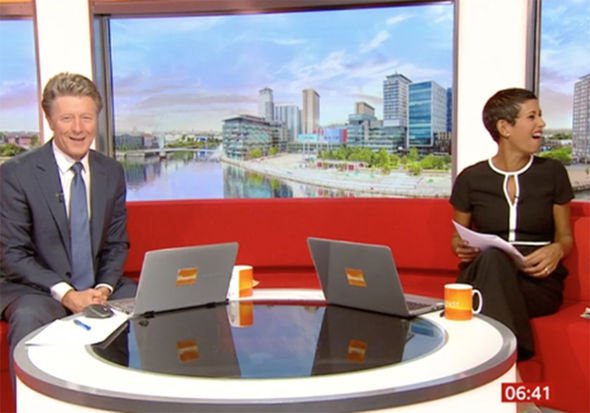 Naga chipped in: “Absolutely they do.”

“Well I would love one,” Mike admitted as Charlie moved in his seat to continue the show.

Naga continued: “Well you would have to earn one Mike. You’ve got to earn it.”

Mike misheard her, as he laughed: “What? Oh, earn it? I didn’t hear what you said.” 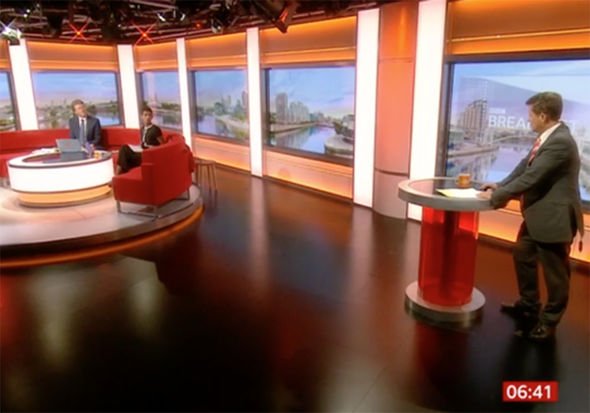 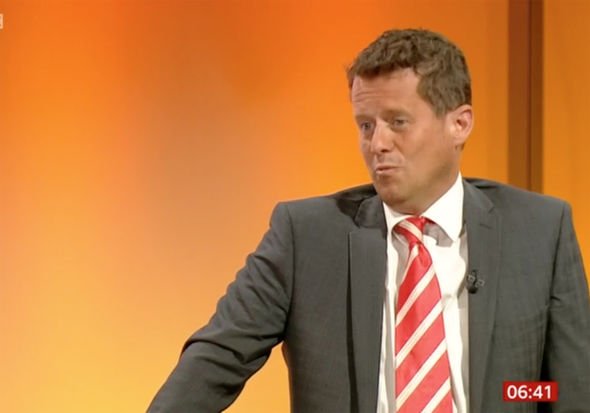 As the pair joked around, Charlie could be seen trying to talk over the two and move onto the next topic.

He finally appeared to gain control of the situation as he exclaimed: “The time now is 6:41.”

However, he was drowned out by Naga’s laughter.

Looking down at the camera, Charlie moaned: “They’re still talking.”

Eventually, he turned to the presenter and demanded to know: “Are we done? Are you done?”

Naga apologised: “Sorry, sorry, sorry Charlie!” before she was seen rolling her eyes at her co-host.

She quickly added another “sorry” before focusing on the next segment.

This wasn’t the only awkward encounter today between Charlie and Naga.

Earlier in the show the two were discussing today’s headlines, Naga believed Charlie had been asked to leave the Scouts when he was younger.

“Were you in the Scouts?” Naga probed.

“Well, yes temporarily,” he said quickly before Naga interrupted and asked, “Why only temporarily?”

Charlie obviously wasn’t in the mood to talk about it and quickly dismissed it saying he probably got a job.

BBC Breakfast airs on BBC One daily at 6am.

11/09/2020 TV & Movies Comments Off on Naga Munchetty rolls eyes after BBC Breakfast’s Charlie Stayt shut down: ‘Are you done?’
Lifestyle