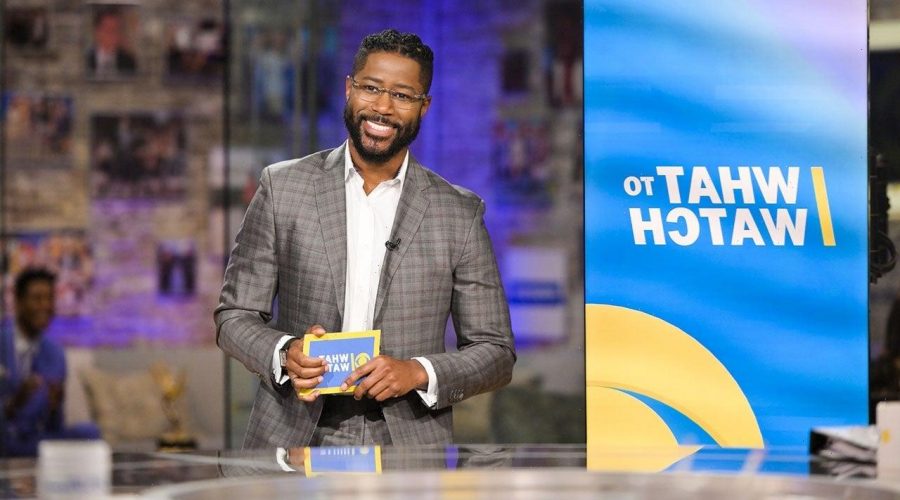 Nate Burleson is joining the CBS This Morning team. CBS announced on Wednesday that the former NFL player will be co-hosting the morning show alongside Gayle King and Tony Dokoupil in September.

Burleson, 39, will continue being an anayst for CBS Sports’ The NFL Today. His new  long-term agreement with CBS will also include appearances on various NFL Network shows as well as appearances on Nickelodeon. The father of two made his debut earlier this year on Nickelodeon with a kids-themed production of the NFL Wild Card Game.

In a statement on Wednesday, Burleson shared his excitement at his new CBS This Morning gig.

“I am absolutely thrilled to be joining the incredibly talented team at CBS This Morning,” Burleson said in a statement. “This is an extraordinary opportunity, and I look forward to the challenge of upholding the standard set by the legends who came before me. Life is about being ready for the right opportunities, and I have been preparing for this moment since my first day on television. Having a chance to inform, enhance or simply brighten up the morning for our viewers is an honor. The sport of football and I will always be inextricably intertwined. I feel so fortunate to join CTM while continuing to play a role at the NFL Network, and of course, spending Sundays with the team on The NFL Today.”

Shawna Thomas, executive producer of CBS This Morning, also shared in a statement, “When Nate guest-hosted earlier this year, his energy was infectious in the studio, and his versatility spanned all aspects of the show. He’s comfortable and insightful, no matter what the conversation topic. On top of that, he already knows how live television works, and he’s used to those morning hours from his time on the NFL Network. I’m looking forward to working with him and seeing the show evolve with him at the table.”