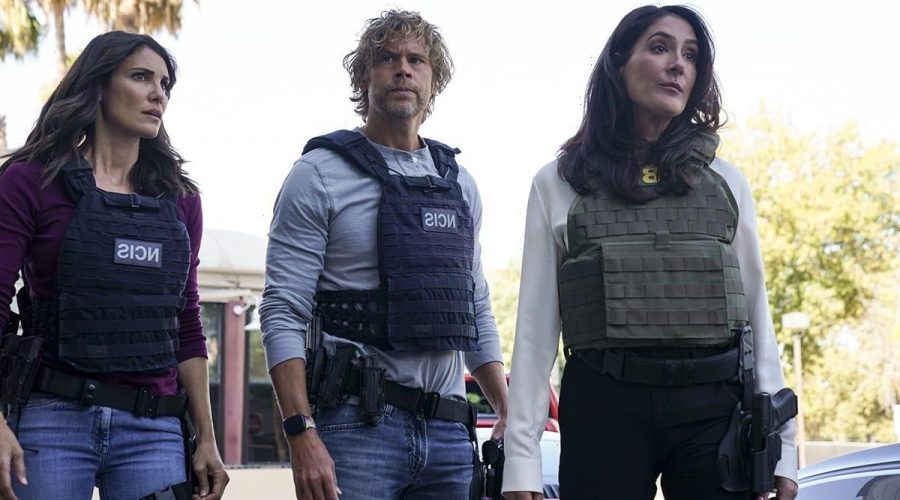 NCIS: LA fans were overjoyed to have the crime show back on CBS on Sunday evening and it seems they were even more overjoyed to see the return of two favorites: Densi!

One person tweeted: “Gosh, I missed these smiles so much. Best part of this episode was seeing them together. My Densi fan heart is full today. #ncisla #densi.” A second echoed this, writing: “It feels so good to see Densi working together again #Densi #NCISLA.” 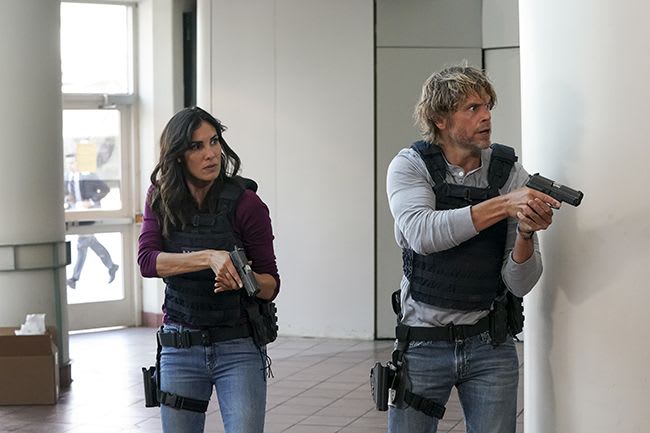 The on-screen couple often join forces within the same team to help solve head-scratching criminal cases. The synopsis for episode nine reads: “When NCIS investigates a shootout on a boat in which a rare cultural artifact is stolen, they’re shocked to learn who owns the boat.”

Meanwhile, fans are eagerly awaiting Monday night’s epic three-way crossover event episode. The news of the three-part show was teased before Christmas on social media. “Brace yourselves for our BIGGEST crossover yet,” the announcement read.

Are you looking forward to the crossover?

“The #NCISCrossover Event premieres Monday, January 9th for a three-show extravaganza all in one evening. Be there or be square.” A trailer was also shared, which began with flashes of Jane Tennant and Sam Hanna tied to chairs before black masks are ripped off from over their faces.

A mysterious woman can be seen saying: “You need to tell me everything if you want to survive.”

The clip reveals that the agents are investigating the suspicious death of a beloved professor, with Gary Cole’s Alden Parker adding: “We follow the evidence until we find the truth.”

The NCIS crossover airs on CBS on 9 January at 8/7c.

09/01/2023 TV & Movies Comments Off on NCIS: LA fans have strong reaction to return of Densi in new episode ahead of crossover event
Lifestyle